Wouldn’t want to be caught using a bit of that privilege to call out bigotry, you might lose the bigot vote…

This was infuriating to watch. I like to imagine the asshole off screen saying “go home” was talking to King. Waddabunchadicks.

Because there’s such a big market in the US for news reports about Central American countries…anyway, here you go:

Thanks for the links – I only have time to skim it right now – no enough time for an in-depth read. I still find it interesting that these problems have been happening for a few years, and yet the explosion in immigration has been exponential.

This is a very difficult situation. Rather than letting thousands of children into the US without parents (who will raise these children?), it might be better to help their situation back at their home countries. But that also presents problems. Personally, I would rather the US become a little more like Switzerland and get less involved in the business of other countries. We certainly do not have the right to send drones into another country and target gangs. I am not sure that there is any good answer in a situation like this.

Personally, I would rather the US become a little more like Switzerland and get less involved in the business of other countries.

But where’s the profit in that?

And I think the rest of the world would say they’d like the US to be less involved too (whether they’d keep saying that when they needed something is a different matter).

One thing Ron Paul did consistently during the Primary debates was make most of his rivals look clueless on foreign policy (honourable exception for Jon Huntsman, who really should have been the candidate). An isolationist policy isn’t the best thing you could have, but it’s certainly better than actively making things worse.

The DREAM Act doesn’t affect the kids who are crossing the border right now. There’s a very specific set of guidelines for those kids. It requires having been brought here as a child, and being here for some time - not just simply arriving in the country under age 18. People in other countries do know that.

Amnesty has existed in the U.S. for people seeking it as illegal immigrants since 1986 - when it was passed under (drum roll please) Ronald Reagan.

The ones who are crossing are doing it hoping to stay under amnesty laws passed while Reagan was in office or (drum roll please) while Bush was president. It was “Hagel-Martinez Comprehensive Immigration Reform Legislation” passed in 2006 that actually “opened the floodgates” to people entering the U.S. because it allowed people to join family members already living within the U.S. Here are two discussions on that bill. The first talks about money provided to step up border protection. The second discusses the number of increased people that bill allowed to pass into the U.S.

So it isn’t the DREAM Act that’s causing all the problems. That’s a red herring, and people trying to blame the guy who’s currently in office.

Things have changed since those other laws were passed. Our own economy has gotten poorer since 2006 and that means we don’t have extra jobs to support any growing population, our government has grown contrary within itself and that means they can’t agree to make new law, and outside of America the world economy has also grown worse - and that has increased violence meaning more people are validly seeking asylum under the 1986 U.S. asylum rules.

An attempt was made to streamline the process of incoming interviews with teens to see if they really met asylum standards, or could simply be sent back across the border, but no one could agree in Congress.

The people sending their children here are doing so out of desperation, because they’re watching people die and don’t want them dead. That is your better explanation.

I guess you read a different post where Xeni mentioned Obama or Democrats somewhere?

After realizing the terms Democrat and Republican have less meaning than other four letter words, I’ve started to read them as a more descriptive non-partisan fuck. For example, “Fuckers are caricatures of people. I can’t believe that anyone thinks it’s a good idea to vote for them.” “Wow. I mean I could attempt to contrast Rand Paul’s (Fuck) record on standing up to state surveillance abuses, sentencing reforms, etc. with those of the president (Fuck)…” “I am NOT on the side of the idiots in this video. I am also not on the side of people who want to pretend this is a partisan Fuck v Fuck issue. Shame on you, Xeni.” “Note to my fellow fuckers: You cannot stealth open borders” “While she did mention that Paul and King are Fuckers”… I myself have voted for fuckers, fuckers, and fuckers. Maybe I’ll inspire someone more motivated to make an equally sophomoric plugin.

If you look to Rand’s left, you will notice he got called away by a middle aged guy. You sure enjoy believing your own lies don’t you? His story pans out. How rude to interrupt people who are eating any way.

Bigots are notoriously full of hot air. Ok, most of them. It’s worth the risk. Especially when there is nothing to gain other than a silenced bigot.

I believe Falcor is still licking his wounds because Beschizza told him he’s not a dragon. In any case I doubt he even gets a notification for use of that word, if he did the dude would never sleep! Well… more than his standard 8 hours a year.

I have heard NOTHING in the news like that.

If anybody does have a better explanation, I would love to hear it.

If you are actually open to hearing something in the news like that, I recommend this 14 point synopsis with dozens of citations. A few of those are about conditions in the refugee’s home countries. 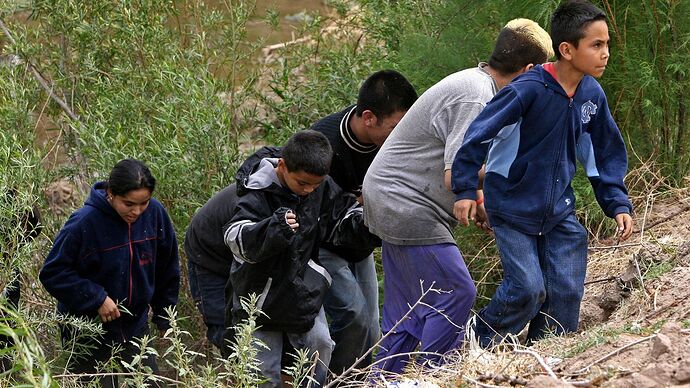 What you need to know to get a handle on the issue, and the debate

(oh, i should read the whole comments. @brian_carnell linked this same piece above)

You sure enjoy believing your own lies don’t you?

What does this even mean?

I mean I could attempt to contrast Rand Paul’s (R) record on standing up to state surveillance abuses, sentencing reforms, etc. with those of the president (D)

You could, but that would be changing the topic. I also seriously doubt whether Rand Paul’s state surveillance position would be as strong if he were president. When you become POUTS you find out about things. Those things could change anyone’s position, since you’d hope a person’s position is based on what they know, not how they feel.

“you’re so doubled-down on buying into stupid stereotypes”

I’m not buying into anything. I’m reacting to people and their stated opinions. I’m a supporter of the greens party but I also think we should have nuclear power plants and use our intelligence services to assassinate people smugglers so feel free to continue trying to fit ME into YOUR political labels, but I don’t think you’re going to have much luck.

“What IS this great nation coming to…”

Great nation, lolwut. I’m not American so whether a repub or a dem is in power it affects my life in basically no significant way. These are the views of a person with no skin in the game and as such are probably more disinterested than any American.

Maybe next you can outline what kind of laws we can pass to stamp out those objectionable opinions?

Opinions are fine. You see thing text-thingy we’re typing in? These are opinions. I don’t mind people expressing their opinion, but I reserve the right to judge them and their choices.

Don’t worry about reading all the comments, we know Kevin doesn’t anyway.

I’m a supporter of the greens party but I also think we should have nuclear power plants and use our intelligence services to assassinate people smugglers so feel free to continue trying to fit ME into YOUR political labels, but I don’t think you’re going to have much luck.

The only reasons I have for becoming PM:

It means No U.