Remember when an idiot squirted Tom Cruise with a trick microphone

Originally published at: Remember when an idiot squirted Tom Cruise with a trick microphone | Boing Boing

It’s a weird (and yes, rude) stunt, but I have zero sympathy for Tom Cruise.

I remember someone pointing out on Reddit when this video first surfaced that Tom is surrounded by sycophants so he could do no wrong. There’s a moment right after getting squirted where Tom’s mind is broken and he genuinely can’t understand why someone would be such a jerk to him.

Well, yes, the guy is a member of a cult which robs and sometimes even enslaves its non-celebrity members, but nearly everyone who worked with him thinks he’s personally a pretty nice guy – he isn’t someone like Chevy Chase or Val Kilmer who people often find difficult to work with.

I’m sure he is nice to directors and other famous actors but I doubt the crew members he shouted at on video would agree. He produces his own films and has a lot of power in Hollywood. People aren’t going to to criticise him if they want to keep working.

At least he could have said “Dorothy sends her regards!” or something.

At least he could have said “Dorothy sends her regards!” or something.

I guess a product of it’s time (the age of Jackass), had it’s moments but hasn’t aged well. Or maybe it has. Discuss.

“He’s a nice guy except for the part where he funds and recruits for an organization that scams, enslaves, and (probably) kills people” is a heck of a defense, I gotta say.

Balls of Steel was a riot in its day; remember Neg’s Urban Sports? 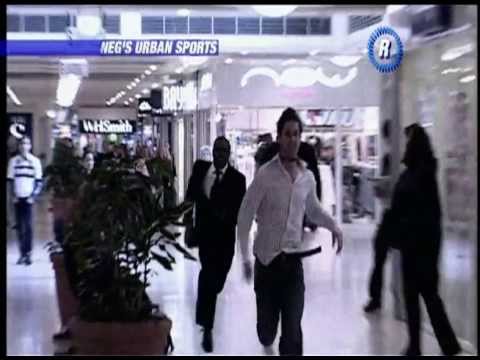 Legend.
Or this gem, all the more extraordinary as the guy was actually in the audience… The Man Tester - Balls Of Steel - YouTube

His couch jumping combined with his anti-psychological medication rants, his devotion to the Scientology Cult, such devotion including shunning his own child who is not in the Cult, made me actively despise him.

the guy was actually in the audience

That’s hilarious that they track him down and he then attended the live audience!