If you watch this, it’s also a link to YouTube’s catalog of Tom T. Hall. 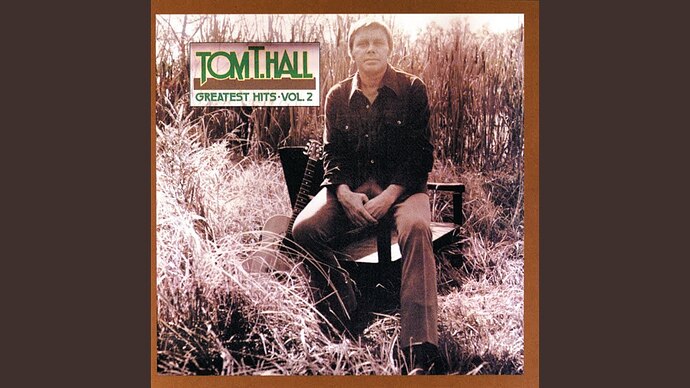 I remember this song, vaguely, on the oldies station in the car.

My parents bought me the 45 of “Sneaky Snake” when I was, I don’t know, six or seven years old. I’d never heard it, but some of the kids in the neighborhood had (I was part of a close group of neighborhood kid friends back then) and they were super pumped that I’d scored such a great gift. It may have been the first song I ever owned, now that I think about it.

And yes, the chorus does still pop into my head unbidden, even today.

At one point there was a website dedicated to “I Love” from this album (“I love, little baby ducks, old pickup trucks…”)-- the site would open and it was just that song playing on a fan-made video, and nothing else.

I remember this mostly from “A Bargain for Francis”

jeez… hadn’t thought of Tom T Hall in years. my favorite used to be “I Like Beer”, sang it a lot back then…

I like beer
it makes me a jolly good fellow
I like beer,
it helps me unwind and sometimes it makes me feel mellow…
Whiskey’s too rough,
Champaign costs too much,
Vodka puts my mouth in gear.
This little refrain
should help me explain
as a matter of fact
I like beer.

There’s a playlist on Spotify for 70s Country. Tom T Hall is in the mix, with The Year that Clayton Delaney Died featured prominently. I Love is in there too. Then there’s Old Dogs, Children and Watermelon Wine and a few others.