Questioning his net worth and his dick size are about the only two things that can get under the skin of this overgrown 11 year old.

The question should be regarding his brain size.

This actually goes a long way towards the theory that he’s completely lost his faculties.

The grammar and sentence structure in his correspondence 10 years ago is a lot better-formed than it is today. His vocabulary has a lot more words, and he is able to use more turns of phrases.

He’s still the vindictive piece of shit asshole he’s always been, though.

Nah. I have an 11 year old boy. He is more literate, empathetic and mature than this old bag of racist cobwebs and misogyny.

Anyone remember The Trump Shuttle? Didn’t think so.

Trump Shuttle, Inc. was an airline owned by Donald Trump from 1989 to 1992. The landing rights and some of the physical assets necessary to operate the shuttle flights were originally part of Eastern Air Lines and known as the Eastern Air Lines Shuttle. It operated hourly flights on Boeing 727 aircraft from LaGuardia Airport in New York City to Logan International Airport in Boston, Massachusetts and Ronald Reagan Washington National Airport in Washington, D.C., then known as Washington National ...

Airlines? How the fuck do they work?

Airlines? How the fuck do they work?

He probably asked the same thing about casino resorts. I can understand an airline failing, but the Taj Mahal was an epic business fail even by his own standards of incompetence and ego run amok.

Geez, what is it with ‘ratings’ and this guy? I seriously think that if all the ratings agencies would just “collude” and show 45’s ratings falling, the dim-bulb would just vanish in a puff of smoke. No impeachment necessary.

Geez, what is it with ‘ratings’ and this guy?

I am reminded of this 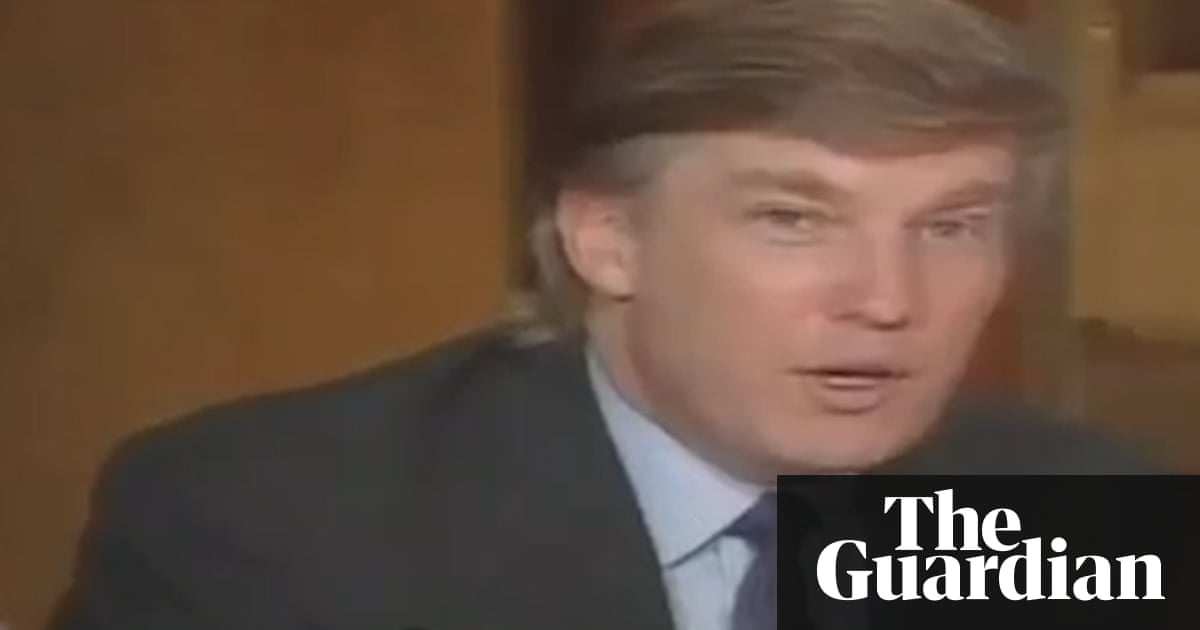 ‘Donald Trump had no idea what the Rumbelows Cup was. We didn’t explain’ |...

Trump appeared on Saint and Greavsie 25 years ago to help with the League Cup fifth-round draw. Ian St John reflects on the bizarre meeting with ‘daft Donald’

“The plan was to do an interview but then Bob had another great idea – let’s ask Donald if he wants to get involved with the draw,” says St John, who won 21 caps for Scotland and was a member of the Liverpool team that won two league titles and the FA Cup under Bill Shankly. “He agreed, even though he clearly knew nothing about football. I think the appeal for Donald was being on a TV show that had a large audience in Britain. He saw it as an opportunity to promote himself and his company.

“To be fair to Donald, he was really good with us. He respected the fact Jimmy and I were former pros and asked about that as the crew set up to film the draw. We also had a good chat about golf as he was really into that and we played a bit. But, as I say, he had no idea about football and certainly no idea what Rumbelows was. We didn’t bother explaining it to him.”

LOL. Jesus Christ. You know, I can’t imaging any other rich person taking the time to do this petty shit.

Like, I’m no Richard Branson fanboy or anything, but at least Branson has done some good in the world and his brands are more than vanity plates.

What the fuck has Trump ever done? He can’t even run a charity properly.

More…why is there not so much more of this stuff? How is there not videos and off camera hot mic things? You know bad stuff that would have exposed this guy for the insolent, petty, childish, pathetic man-child he truly is?

Oh, wait. Never mind…there was. It didn’t matter. Well…everyone knows what time it is…

Trump is scared of an actual self made billionaire.

He’s got a double handful!

In a paper letter, his staff has more time and space to pad out his brain farts. Has Trump activated 280 character Tweets yet? I doubt he can double his wit for the new format.

He can’t even run a charity properly.

He ran that charity perfectly, in that it wasn’t a charity all but a shell for his family’s money laundry and legal defense fund.

The Projection is strong in Trump.

I don’t even mind that he owns his own island. I’m absolutely confident that he doesn’t live inside its volcano and hatch plans to take over the world.