is this related to the fake moon landings?

Wouldn’t JPL get the spike in visitors after* the movie came out? This open house is said to be in May or June. Isn’t it more likely that there is increased Mars buzz for Curiosity and the pictures and other info/announcements being pumped out as of the last few years?

Well, duh, now I realize it’s definitely that this is another strange poe’s law trolling by the author. My reading light that disguises itself as a closed book when not in use is being shipped as I type this. I need more sleep. WHAT IS REALITY?

I got lost somewhere in that, whatever you call it.

That story might make a good movie. Maybe a miniseries.

I think it goes back further than that, it’s actually a magical duel between Ridley Scott and Jack Parsons, one of the founders of the JPL.
And who was the real instigator? Alistair Crowley of course!

It all makes perfect sense. What’s that nurse? Time for my medicine? Well, OK then.

*edit, I see from @john_ohno 's comment that life is stranger than fiction.

Step 1 - To develop a film career that rivals Norman Rockwell in its longevity and in its ability to harness the power of propaganda.

Step 2 - To satisfy his ever-growing, lifelong grudge against JPL, he needed to create films about science and rational thought so popular that people would blindly rush the JPL complex on a day of his choosing.

Step 3 - get bloggers to add to the hype by writing blog entries such as this.

Seriously, though, to be fair, you missing step 1.5 - he needed to get an author to write a well-written, highly successful book that he could adapt into a film.

Suggestion: Ditch the long lines, those are Disney. Also, be a participant and not an observer. Ask lots of questions and eavesdrop. They don’t have a huge PR staff so the person handing you a flyer might be the one who runs the program. Stay outside, check out the satellite/orbital telescope area, and talk to the African American dude who’s standing next to an 18 inch model Spitzer telescope. No one is talking to him beyond a polite hello, possibly because they’re about to stand in another long line that must be more important than someone nobody is talking to. But get a few sentences in and you’ll realize that if you’re an astronomer and you don’t have access scheduled years in advance through this guy, you’ll miss your shot forever. You’ll learn that the orbital telescope has a finite amount of subzero gas allowing vastly more accurate pictures, and the gradual loss of this gas was preordained and not a design flaw. And you can’t just call this guy up and he re-aims the thing. It is moving ever so slowly, and you’ll only get your shot when the piece of sky you’re studying crosses its lens - not the other way around. But you still have to schedule your imaging session through one of these brilliant engineers who are helping us get the most bang for the $800M bucks on the Spitzer.

In short: Skip the lines. Talk to the black guy.

And here I thought Prometheus was Ridley Scott’s revenge.

We’re jumping straight into the acronyms now i see

Wouldn’t JPL get the spike in visitors after* the movie came out? This open house is said to be in May or June.

Wish it were in May – it would have been a lot cooler. It was in October, and it was BLAZINGLY hot this year. We gave up after a couple of hours of withering in the heat, but not until we’d had a nice long chat with one of the rover drivers about how they create a lighter prototype to test on Earth so they can replicate the lighter gravity of Mars. Nifty!

Whatever he’s reviewing, I want to buy one.

@Michael_Borys - The National Enquirer is reporting that you are the real OtherOtherMichael. Confirm / Deny?

I kind of wish I was OtherMichael. 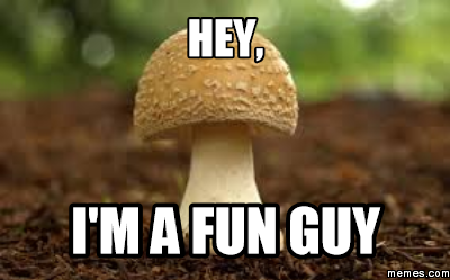 Two BRILLIANT lines in this. Literally laughed out loud at both: