The resulting tooth-gnashing from the right has been a perfect example of “political correctness,” the idea that “you just can’t say anything anymore.”

I expect that from right-wingers now. Slightly more disappointing was the reaction to the act from MSM outlets (esp. those with a presence in the Beltway), who were “shocked” that a political comedian would dare mock a known liar like Huckabee-Sanders to her face.

Yeah all these snowflakes who shit their pants over too much PC, now shit their pants that this woman is just too much woman. That’s the whole problem right there… well besides the fact right wingers are just insane assholes.

I can understand why her abortion joke maybe crossed the line, but people seem to be most upset over her Sarah Huckabee Sanders “smokey eye” joke, which confuses the hell out of me. Any adult in that room who was upset about her sex jokes must have been living in a monastery for the last 40 years. And she roasted CNN and Democrats as well as Trump and Fox News, so what’s the issue?

Slightly more disappointing was the reaction to the act from MSM outlets (esp. those with a presence in the Beltway), who were “shocked” that a political comedian would dare mock a known liar like Huckabee-Sanders to her face.

The Hill Pulls out of Future White House Correspondents' Dinners

The Hill "does not plan at this time to participate in the event moving forward," writes company chairman James Finkelstein

so…this happened today. Someone on FB posted a pic of the local park with all the empty water bottles from the kids who play soccer and lacrosse there all over the place. The comment was “Could folks have their kids clean up so our park doesn’t look like this?” I replied “I don’t blame the kids, I blame the coaches. These are the premier and competitive clubs playing right now, so given they are the “best” players they should know better and have respect for the fields they play on and take care of them. The coaches though are too often concerned with wins and don’t give a shit about anything else because they’re assholes.”

I was promptly reprimanded for being a bad role model to kids because I used foul language on social media.

So let me get this straight…the President of the United States while a candidate can make fun of and mock disabled people, brag about sexually assaulting woman and grabbing their privates, can brag about murdering someone in cold blood and get away with it, can call an entire nation of people murders, rapists, and drug lords; then as president can call other nations shit holes, call people stupid, and every single day insult someone or some group of people…but me saying “they don’t give a shit” on Facebook is a crisis for being a bad role model? WHAT.THE.FUCK.

That’s the world we are in today. A group of people who are not pissed off by what is said…it isn’t the actual words, tone, intent that is the issue…it’s who says it. They can say whatever they want, anyone else shut it.

My response to those people: FUCK YOU AND THE HORSE YOU RODE IN ON.

Oh I know exactly what her next special should be called!!!

My response to those people: FUCK YOU AND THE HORSE YOU RODE IN ON.

Do I need to get the soap out here?

As stupid and hypocritical as the reactions are, I can’t say I’d mind this entire circle jerk of an event going away as a result. For a long time it’s symbolised everything that’s wrong with the DC press corps.

Seriously…wtf is the only response I have to these sorts of “adults” now a days. That and drinking…heavily.

It is entirely about the fact that they feel entitled to say whatever they want but how dare some uppity [insert whatever label they want] speak their mind. It’s almost as if they feel the first amendment applies to just them.

Finkelstein said of The Hill’s decision: “In short, there’s simply no reason for us to participate in something that casts our profession in a poor light. Major changes are needed to the annual event.”

To which I respond: “Your profession’s reluctance to examine its own shortcomings is EXACTLY THE PROBLEM.”

It’s almost as if they feel the first amendment applies to just them.

Frankly, they do. Along with a host of other rights that most Americans probably believe belong to all Americans.

The husband uses FB, and his feed was full of outrage over the WHCD. It seemed to boil down to one issue, though:
Is this dinner a roast? Is it proper to roast people in this speech?

Apparently, those with a “rougher” sense of humor insisted it was a roast, and powerful people should be roasted occasionally to remind them that they’re human. Those who didn’t like the jokes stated that this dinner was not supposed to be roasting people, it was supposed to be a humorous look at the year in the presidency.

It was less about party lines and more about what is funny.

I thought the speech was vulgar and sometimes offensive. But the creep squatting his haunches in the oval office right now is vulgar and always offensive. So maybe Michelle Wolf played it a little soft.

It was not a situation that called for politeness. I like the way it’s clarifying who in the media is an stenographer and who is a journalist. 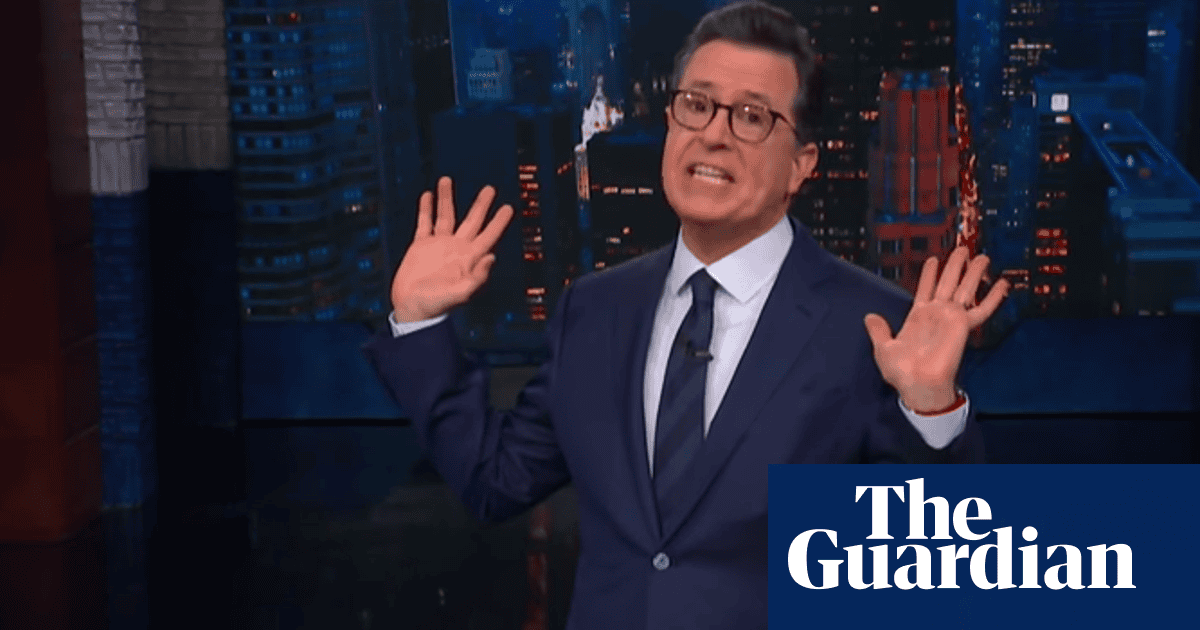 Colbert: Michelle Wolf backlash is like 'accusing the valet of stealing your...

FUCK YOU AND THE HORSE YOU RODE IN ON.

What did my horse ever do to you?!?

I thought she was funny. A competent comedian, doing her job. Thanks for posting this, I wouldn’t have seen it otherwise. Terri Gross is interviewing her today on “Fresh Air” so I’m glad to have the background.