The One Nation moderates and technocrats have won for the moment, but I’m sure that the bigots in the party are already sharpening their knives.

He’s got a tough act to follow. I’m sure I’ll say the same thing about the next PM in December.

What a clown show. I wonder who will be Prime Minister at Christmas? An election should be called, the people of the UK deserve a chance at picking a new government right now. 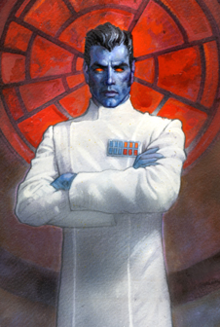 Grand Admiral Thrawn (full name: Mitth'raw'nuruodo) is a fictional character in the Star Wars franchise. He is notable for appearing as the eponymous character in the Thrawn trilogy of novels (1991–1993) by Timothy Zahn. Thrawn is an imperial military leader and member of the Chiss race who returns from the unknown and leads the remnants of the scattered Galactic Empire in a campaign against the New Republic. Thrawn faces off against classic Star Wars characters Luke Skywalker, Princess Leia, H...

I’m saying it both in a negative and positive way. Having a different perspective about how to go about things is healthy but we still know who put him in that position in the first place and what they expect out of him. Having a much higher level of competency than lettuce and bojo the clown might make him a larger problem in the long run.

Sunak’s not a moderate. He was fully invested in Brexit and is a big fan of the Singapore on Thames school of ‘thinking’ in the Tory Party.

He just looks sane compared to the last two PMs, by any other measure he’s well to the right of Thatcher.

I should have used scare quotes. None of them are really moderates as reasonable people understand the term, but he’s the closest that Gove and his power- and money-hungry ilk can now find in a party packed full of fellow racists, swivel-eyed Thatcherites, and attention-seeking clowns. The only way I see Sunak lasting for very long is if he goes full Priti Patel in terms of gratuitously cruel xenophobia to prove to the bigots that he’s “one of the good ones”, but since that might cost him some of his personal fortune he’ll be hesitant to do so.

What the UK really needs, of course, is a general election to oust this rotten hulk of a party from power for a while. 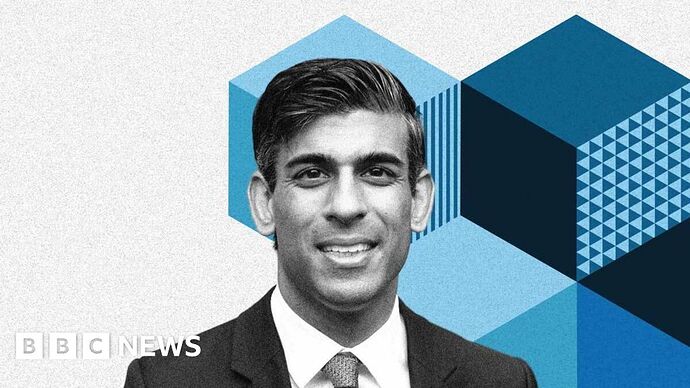 Rishi Sunak: A quick guide to the UK’s next prime minister

Rishi Sunak lost the race to be PM - then staged a comeback. Here's what you need to know about him.

A successful prediction for the Worms Armageddon political simulator.

Don’t be fooled, his policies are EXACTLY the same as Truss’ were, he’s just going to roll them out more slowly. The ONLY conservative party platforms are reducing taxes on the wealthy, and reducing services on the peasants. Which is, of course, exactly the same as American Conservatives. 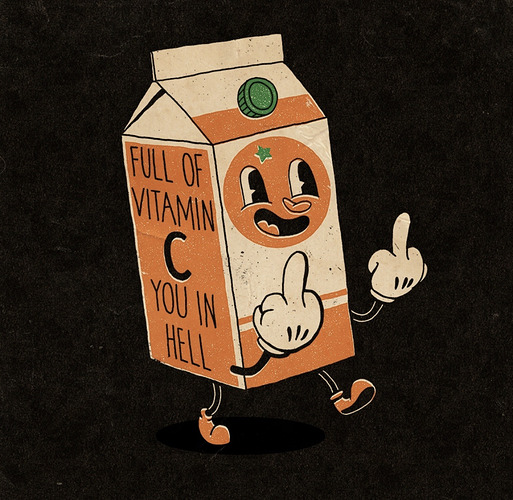 Which is, of course, exactly the same as American Conservatives.

Right, the same tired playbook in both the US and UK, with Sunak just starting from the other end of the “free” market fundie formula. Truss, in her deranged desire to be the second coming of Thatcher, started with trickle-down tax cuts for the ultra-wealthy. Sunak will go with first gutting the NHS and extreme austerity (except for the free ports and warehouses and banking de-regulation for his fellow greedpigs and kleptocrats).

One would think the events of 2007-2008 would have convinced a critical mass of voters that neoliberal fundamentalism and Libertarianism form no basis for their continued economic health. Unfortunately, both the Tories and GOP have been able to keep the scam going by appealing to bigotry and ignorance.

I feel the “trickle-down economics” should be officially renamed, “chuckle-fuck economics”.

“Among prime ministers, Sunak is the youngest since the 18th century, the first British Asian, the first Hindu, and the first to have a formally correct Vulcan name.“

and the first to have a formally correct Vulcan name.

That really is the historical marker they should make a commemorative silver coin about, but most likely will not.

So… just how bad is this next one going to be?

On a scale from a Truss to a Johnson; this one is going to be somewhere around a Sunak.

My British colleagues say that he will be more effective and therefore more destructive. They’re not chuffed at the prospect.

Personally, I am not very familiar with UK pols in general; I know that Johnson was a living trainwreck, and that Truss is a libertarian TERF bigot who tanked the UK economy even more within her first few months in office.

I don’t know jack about Sunak yet; I’m just guessing that he will be horrid, based solely on the terrible track record of most UK pols over the last decade or so.

I’m definitely expecting him to be his own sort of terrible. He seems to have more wits than Truss and Johnson; who maybe had a half-wit between them. Of course, like Mitch McConnell, being smarter makes him more dangerous. I’m expecting more tax cuts for the rich, less regulation of the wealthy and cuts to the social safety net.