Why watch Robotech when you can watch The Super Dimension Fortress Macross?

Of course my view might be somewhat colored by the lack of official Do You Remember DVD with subs and my VHS is almost dead.

Last year my kid was watching Bokurano, which deconstructs the mecha genre into a really weird tragedy. So there’s that.

Super Dimension Fortress Macross is largely the same after Harmony Gold went though it (unlike the other two series), and not all the changes were for the worse. Roy Focker was astonishingly sexist in the original. And the non-Harmony Gold DVDs are subtitle only, so if you want voices in English Robotech is the only way to go.

The Macross: Do You Remember Love movie is the quintessential anime experience. It’s one of very, very few things I have a non-legal copy of.

I enjoyed Robotech when I was young. Jack McKinney’s novelized version of the show was nice. So was the Macross movie sequel Macross 2: Lovers Again. It’s not a top-notch anime, but I enjoy watching it to indulge in nostalgia.

I picked up a secondhand, commercially-produced VHS copy of the first episode that had both the dubbed version followed by the same episode in the original Japanese, sub-titled in English. Before then I’d only encountered anime on VHS that had either dubbed OR sub-titled versions

Maybe it’s a common thing though, I didn’t buy or rent that many of them on VHS.

I see your Macross, and raise you the Yamato.

I see your Macross, and raise you the Yamato. 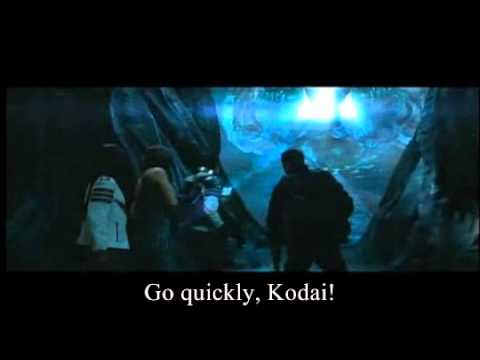 Oh … that one. I read about it and decided I had happier things to do with my life - but it seemed like it might be memorable.

Where I lived, it was on in the afternoon, and directly competed with G.I. Joe. It was no contest. For me, Joe couldn’t begin to match Robotech on any level.

It is worth a watch. It suffers from compressing so much story into a movie length but as an adaptation it gets alot right which is rare for live action.

If you do love Yamato, I recommend checking out the recent series Space Battleship Yamato 2199. It basically retells the original story in modern animation style.

I’ve been a gigantic Robotech fan since I was 5 years old, and despite it being cobbled together from three wholly unrelated series, it’s easily my favorite anime of all time. There’s a crafty sort of genius to the way Carl Macek sewed them all together, and for me at least, Robotech ended up greater than the sum of its parts.

I suspect the linked DVDs are the same release that was available on Netflix streaming a few years back, which included redone opening and closing credits. I really disliked the new titles, so just consider that a friendly warning if you’re a purist.

If you folks will forgive a bit of self-promotion, I also happen to write a sci-fi series called Biotech Legacy that’s heavily inspired by Robotech, riffing on a lot of the same themes but travelling in remarkably different directions. Both books are available DRM-free and Creative Commons licensed.

You can find them as free downloads at Noisetrade:
Biotech Legacy: Stars Rain Down & Long Fall

…or modestly priced at Amazon:
My complete author page, including the Biotech Legacy series and other works.

For this show I learned to program our VCR as a kid.

That’s a pretty narrow field, isn’t it? You’re basically just saying “I like it better than Voltron.”

But yes, I have to admit it was one of the best cartoons of the '80s. I can’t listen to the dubs anymore without wincing so hard I get cramps, but nothing from the '80s has aged all that well. I loved it as a kid, and that’s what matters.

I have it all on Laserdisc.

jlw, did you ever get to watch the updated anime SBY 2199 we spoke of earlier?

I haven’t yet. I was about to start watching it when I decided to try the movie version of Captain Havelock: Space Pirate. It is still on my list.

I meant Bokurano - but I should probably have quoted Boundegar instead of just replying.