Rock your way to crushed garlic

I shred garlic. That seems to get the hottest result. Pressed seems significantly less hot. I speculate that there may be molecular hotspots in the pressing process that changes the allicin and other oils. Of course, cooking does the same. Since I think the allicin and the oils are where the magic is, I tend to shred garlic onto foods after cooking and onto salads.

Nobody has mentioned the razor blade technique from “Good Fellas!”

This reminds me of when I am told not to believe everything you read. I always want to ask, “Compared to what?”

In other words your advice could be generalized to “The majority of what is spouted as fact is totally made up bullshit.”

Now that I see that it makes pretty good sense.

Both of which you can achieve using a knife:

Was just coming here to post that. I have owned so many presses over the years and they all sucked one way or another. This one is a dream to use and clean.

Nobody has mentioned the razor blade technique from “Good Fellas!”

I peel the garlic after a quick flattening with a knife, then use the fine side of one of those cheapy stand-up-sort-of-pyramid-shaped graters. This fine grate works well for marinades, salad dressings or tzatziki. I use the larger grater side for a coarser grate if I will be frying the garlic for pasta, curries, etc. I am a lazy, imprecise knife chopper, found regular garlic presses devils to clean. Grating works for me.

We smash garlic because its the easiest way to get it out of its skins. The more cells you break when processing the garlic, the more harsh aromatics are released. Same/similar compounds onions have that make you cry. The more of these that are released the stronger and harsher the garlic flavor and the less sweet it will be over all. Crushing, as with press or dull knife will release more than cleanly cutting. As will cutting or smashing it to a finer consistency.

You can buy an attachment to hold small items and protect fingers while you use the microplane. http://www.amazon.com/Microplane-38057-Professional-Grater-Attachment/dp/B000P1SAEM/ref=sr_1_23?s=kitchen&ie=UTF8&qid=1423725873&sr=1-23

The hard work in preparing garlic is getting the skin off; the press seems to be helping with the easy part of the process. I usually cut the ends off with a knife, then smash with the flat side, which makes peeling easier, and I can smash it harder or also chop it if I want it smooshier, or not smash it as hard if I want it mostly whole.

I’ve got the Joseph Joseph and it is superb, but like you, it’s usually WHACK! with the side of a heavy knife. If I need it almost pureed, I then chop it roughly, add a pinch of coarse salt and then rock the knife over the pieces to reduce it entirely.

When I was at a craft fair, there was a huckster type of fellow selling these:

I bought one and it was really a good way to grate up the garlic. You grind it on the plate, then brush it off into your food. Sadly mine broke so I’ll be looking for him next time I go to the event.

The majority of what is spouted as fact on cooking shows is totally made up bullshit.

Then they are still facts, but facts which happen to be untrue.

Hey Mark, if you have smelly garlic-hands just use a bit of toothpaste and it’ll kill the stink. You can also remove the smell by rubbing your hands on your favorite steel knife, (You can find a soap-shaped steel hand cleaner if you’re the type to lacerate yourself easily), but honestly toothpaste is quick and easy. Chances are you already have some of this magical stuff in your house!

I like strong garlic flavor so I often use a press. Used to use a self cleaning OXO, but found that Ikea sells a pretty good one for $5! chamber is a little small, but it is stainless and removeable. I find if you simply give the outside a scrape with a knife and then run it under the sink upside down the residue comes out easily.

Microplanes are particularly awesome for ginger.

But this IS a garlic press, operating on the exact same principle, except without a hinge. I use a lot of garlic and am always frustrated with the ones I have, especially the clean-up part.

I can’t help but notice the green sprout in the photo of the minced garlic. For the past few months, it seems that every bulb of garlic I buy is like this, and I’m pretty sure that green part is not really what you want to add to your sauce. It’s probably bitter. Does anyone know if this is the case? Is the problem the place I buy my garlic? the season?

America’s Test Kitchen declared that there is far more garlic flavor from cloves that have been “pressed” than from cloves that were chopped. I love my microplanes but I don’t like getting my fingers scraped,

I love the Garlic Twist: 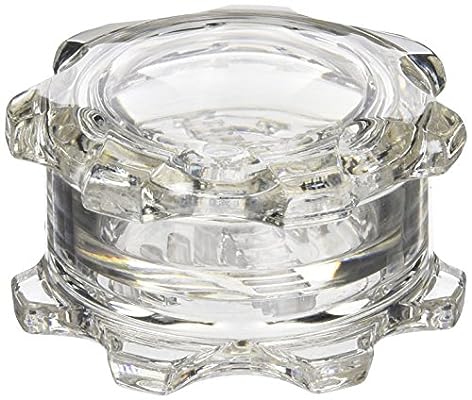 It works pretty quickly and produces an excellent dice. As a bonus, you can use it to smash the skins off the cloves (I use ceramic knives most of the time, and they can’t be used for this as they’ll snap in half).

VERY sturdy, and it has a swing-out basket that makes cleaning even easier.