In other jet propelled human news 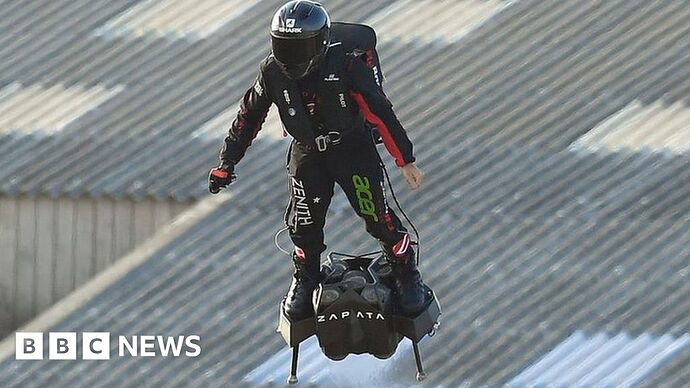 Franky Zapata was injured after his jetpack, called a flyboard, crashed into a lake in Biscarrosse.

but did he catch the roadrunner?

I think the trick was not saying ‘asphaltum patronus!’ when he lit off and a right arm that can hold a phone up against a 45mph-ish wind or has a golden snitch stuck to it. May be a lifetime Quiddich Referee there; 35y.o., injuries feature mostly the hair melanins, you can see he had to keep his hair to prevent the injury spreading.

He’ll make it up to you by reviewing the Emergency Medicine in Arcane (Netflix, about League of Legends characters.)

Looks and sounds a lot like a pulsejet to me.

Indeed it is a pulse jet.

Ah, reading the other posts, then that confirms it IS the same type used on the V1. I thought so due to the shape and the sound.

At least he looked for traffic before merging out on the highway. Better than 90% of the drivers on my daily commute to work.

I remember those tiny, treacherous wheels from my skating/skateboarding days.

But these are modern wheels.
Back in my day, those wheels were metal.

All it took was a grain of sand to become familiar with Newton’s Laws of Motion.

Surely someone will make a post, re: ‘You had wheels? We had to stand on a board while holding a piece of rope that was tied to a horse!’ or some such…

So, the distance from the beginning of one dashed line to the end of another is 50 feet. He covers that 50 feet in about 2 seconds at top speed, which isn’t long. So, his speed is about 17 mph. My electric scooter can do about 15, as can those rental electric scooters you see in downtowns. My bike on the false flat downhill I get to about 20-25.

thanks for that. I was pretty sure my eyeball estimate was close, but despite my incredulity I was still giving the the guy credit for a couple extra mph. 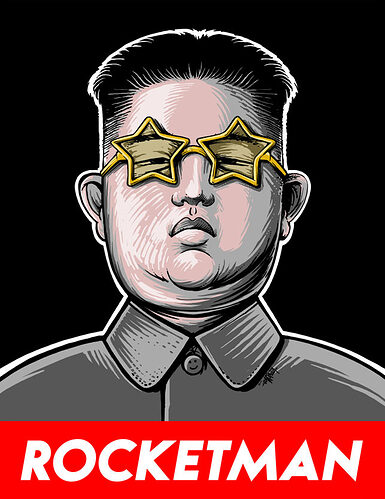 Those wheels can stop on a dime… literally.

“And we had none of those fancy downhill slopes. We always skated UPHILL, both ways, through snow!”

Oh, I get that he might have that mindset. It’s just difficult to watch anybody not wear at least a helmet when they are bicycling, motorcycling, skateboarding, etc. I’ve taken care of far too many guys who suffered life-threatening and permanently disabling traumatic brain injuries (RN since 1978) for me to not want people to protect themselves, no matter their age.

The road doesn’t care what you fell off of.