“In the darkest recesses of a forest men were never meant to tread, a banished maiden finds herself at the mercy of a band of stunted parodies of humanity who spend their days stripping the earth in their insatiable quest for material wealth. These misshapen beings include an unlicensed medical practitioner, a narcolepsy patient, a creature suffering constant respiratory allergies, a smiling idiot, a terrified recluse, and a gnome who knows only disappointment and wrath. Last is a soul so mentally feeble that he cannot even form words to express the hellish nature of his own existence.”

It’s still a thing! And there are lockers there large enough to hold ice chests and stuff. Hardly anyone goes there. A very under-utilized area, in my opinion. Had a birthday party there for my daughter and her friends and was able to bring in a cake and other food way cheaper than if we ate within the park.

True on creating a great experience, but only for more and more select incomes.

As to the OP, this is another “why is this a thing?” thoughts to me. I’m more concerned about how Disneyland is becoming, and will more so, a playground of the affluent.

Yeah, I think we can all agree. Enjoy what you enjoy, and fuck the haters. I love Marvel shit and make no apologies that I’m a 55 year old man with action figures and a toy X-Wing fighter hovering over my desk. No way I’m going to become a grumpy, uptight ass wart like Bill Maher. 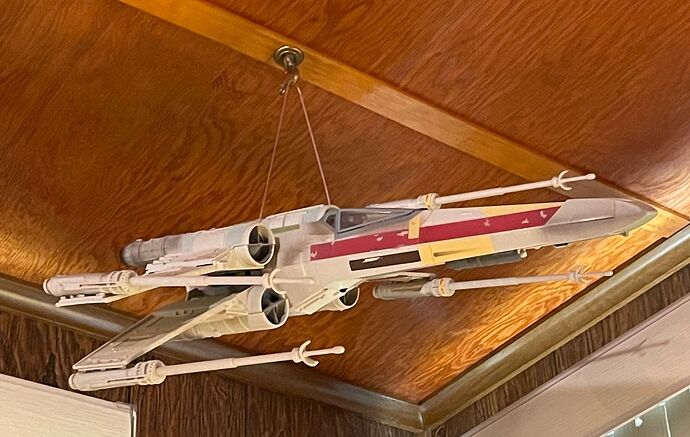 One of the things I noticed when I visited Disneyland and California Adventure after a 20-year hiatus was the wider range of food offerings, many of them geared to adult palates. It used to be that the only place to get anything other than kid-friendly bland fast-food fare was at Blue Bayou, but now there are a lot of choices in all the areas (they also have a food and wine festival at California Adventure in February). It’s all expensive, but that’s how it’s always been if you want to buy any food inside the gates. This tells me that the Disney park execs obviously understand what this Rolling Stone article and the people complaining about “Disney adults” don’t.

Also, @Brainspore, laughing so hard here at your post.

When you love 90 minutes away, you don’t have to make your Disney visit a whole formal weekend getaway. You buy a CA resident multi day ticket when they are available and you drive up and visit for the day a few times throughout the summer. Tickets plus fuel plus food is still expensive but you don’t have to book an overpriced room.

You can have quite the bar hopping experience if you want. There are like 20 places across the 2 parks at Disneyland where you can buy booze and a few where you can buy then walk with your drinks as well! Oga’s Cantina, Cathay Circle Lounge, Trader Sam’s, Pym Tasting Lab, and the Lamplight Lounge all come to mind

My buddy and I were hoping to splurge on dinner there, but we discovered you have to book reservations months in advance even for a non-peak visit. We took a look inside and, yes, all adults (granted, it was after 7PM). Fortunately, there are a lot of good fast-casual options.

When you love 90 minutes away, you don’t have to make your Disney visit a whole formal weekend getaway. You buy a CA resident multi day ticket when they are available and you drive up and visit for the day a few times throughout the summer. Tickets plus fuel plus food is still expensive but you don’t have to book an overpriced room.

Sure, that makes sense. More than anything, I was curious what it would cost should someone decide to spend a 3 or 4 day weekend there. It’s like 2500 bucks for the latter just for park plus the Paradise Pier Hotel. I would assume adding another grand to fly in from somewhere and rent a car.
FWIW, my wife and I probably spend like 5 grand for a week on Kauai with air, car and condo… Hence my comment about spending vacation dollars with Disney. But, whatever floats your boat, no skin off my teeth…

I think the Grand California Hotel lobby and the Cathay Circle restaurant really stand out as places built with adults in mind. Classy decor and architecture, good (if expensive) food and drink, no gimmicky animatronics or special effects or even views of other theme park attractions. Basically the kind of places most kids will try to drag you back out of if you try to take them there. 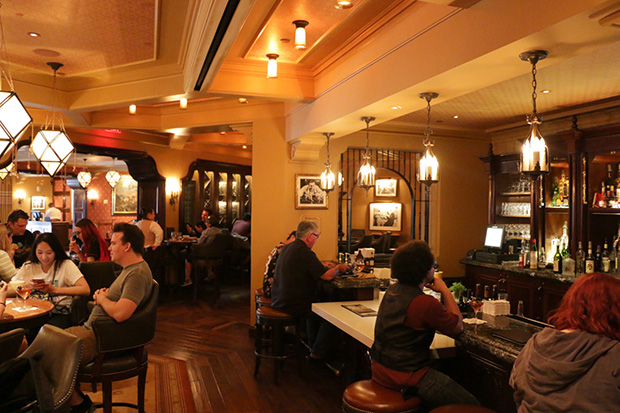 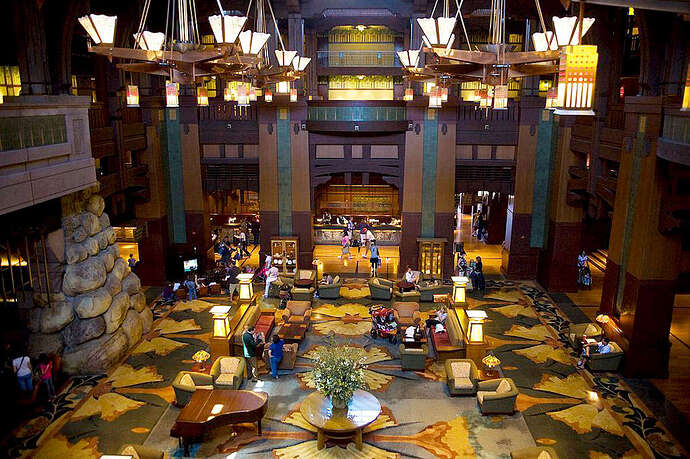 Reading it, the judgment from the usual well-heeled killjoys turns out to be less about “entitled and fiscally irresponsible” Millenials than it is about child-free adults of all generations who want to enjoy the parks or franchises or what have you. A lot of Americans – especially older white conservative ones – get really offended when they encounter someone of any age who’s not being an adult the “right” way (i.e. marriage, kids, mortgage, car payments, unfulfilling job, etc.*). Nothing rubs that in their face more than seeing a childless adult at Disneyland truly enjoying the park while they’re stuck dragging around a cranky and demanding kid.

So very much all of this. Speaking as a childless Gen Xer who moved near Disneyworld.

Not every Woman wants to be an incubator for the next generation, and not every Man feels the need to propagate their bloodline. Some of us think that should be reserved for the folks that actually want to do that sort of thing, and instead focus our efforts on supporting those that do.

That’s something a lot of folks don’t understand. Disney has tons and tons and tons of places for adults. There’s a reason they have Michelin-starred, AAA five-diamond and James-beard award-winning chefs involved in their restauarants, and that (pre-pandemic) Disney had a program specifically for diners.

The parks are not all for kids, not all designed for kids,and not just Hamburgers, hotdogs, and Turkey Legs.

As a point of reference, I’m a married, childless boomer who is proud of keeping my inner child happy. I have a collection of 100+ board games that I play regularly. I have been to Disneyland and Disney World numerous times as well as visiting Disneyland Paris and Tokyo and hope to make it to the other Asia Disney parks.

I may grow old but I refuse to grow up!

My kid is 37 her husband is 40 something. Much to my disappointment, it appears we’re not getting grandkids.

So they are the author’s target because they are Disney wackadoodles with no kids. They both have well paying secure jobs, they don’t drink or party. They spend their money on entertainment including flying around the country to see their favorite groups.

They honeymooned at Disney where our daughter ran the Princess Marathon.

I don’t understand their obsession but as obsessions go, who cares.

As far as the cost, she’s a Disney expert on how to do it on the cheap and it doesn’t hurt that a good friend is an employee of Disney.

We took her when she was 9, in my opinion, it was the perfect age, we stayed with friends 4 hours away and just went for a day. That was almost 30 years ago and I have no urge to ever go back but she is wearing me down for a family trip. As long as we can take the RV and not have to adhere to her militant every minute of every day planned to maximize fun we may do it.

We have some young great nieces and nephews and God children that we occasionally kidnap for the circus or Cedar Pointe so maybe we take one or two along to add to the fun.

Growing up is not the real problem, but rather stopping to grow, change, adapt and flourish. Some people become grumpy old stick-in-the-mud bores at the age of eleven or so.

Not every Woman wants to be an incubator for the next generation, and not every Man feels the need to propagate their bloodline. Some of us think that should be reserved for the folks that actually want to do that sort of thing, and instead focus our efforts on supporting those that do.

Honestly, I think a lot of it is people who had kids because “it’s the thing you’re supposed to do” but didn’t really think through what parenting meant and whether they wanted to do it for the rest of their prime years. I think a lot of parents have unexamined resentment towards their kids and all the things they can’t do because of them. As a gleefully childless adult enjoying every moment of my 40s and 50s, I see a lot of signs of this in how people speak to me.

I think a lot of parents have unexamined resentment towards their kids and all the things they can’t do because of them.

It also doesn’t help that our society has made it ever-harder for parents to do all the things people used to be able to while raising children, like surviving on a single full-time income or traveling or buying a house.

What exactly is the problem with childless adults going to Disney parks, exactly? I’m really missing the point here.

Speaking of which - there’s a bit in Bertrand Russell’s autobiography where he speaks about how he - a precocious and unhappy child - was told by some well-meaning adult relative that these were the best years of his life, and how it was the cruelest thing that someone could say to him. Russell goes on to say that thankfully it was not true, and that he has been enjoying his life more and more over the years.