It’s a good thing Giuliani is on Trump’s side. Imagine how much shit we’d be in if he was on our side!

Is he looking for a cop to punch him? Because cop school is only a few months long here, and I’d be willing to take one for the team, just for that.

I agree the cops should of busted down Maralogos doors when DT was home and beat the shit out of him.

Meanwhile, host Joe Pags did a remarkable job keeping in character, nodding and shaking his head like a sympathetic comrade

Hmm. I’d frame that as being a sympathetic comrade. I’ll admit I’m not fully abreast of all the “conservative radio/podcast hosts”, but from what I’ve seen that’s a lot of latitude to grant him.

I’m just now getting to Dopesick (which I am finding personally frustrating to watch) and was reminded Giuliani was a lawyer for Purdue Pharm. Of course he was. Jesus Christ.

He’s an all-around piece of shit, and likely always was, but he just happened to be the mayor on 9/11 and people forgot about that for a few minutes.

What is he even talking about? Cops can and do punch and shoot people all the time. In fact, that often seems to be their go-to reaction to any external stimuli.

Not like we didn’t already know this, but of course “broken windows” Rudy would say this.

… says the creep with the oh so punchable face.

Good news Rudy! Prison guards can and will punch you. Not legally of course.

Dopesick was great, but I think they may have underplayed his role. Rudy’s had a long life, but enabler of Oxycontin and the Sacklers should be mentioned in his bio more frequently. 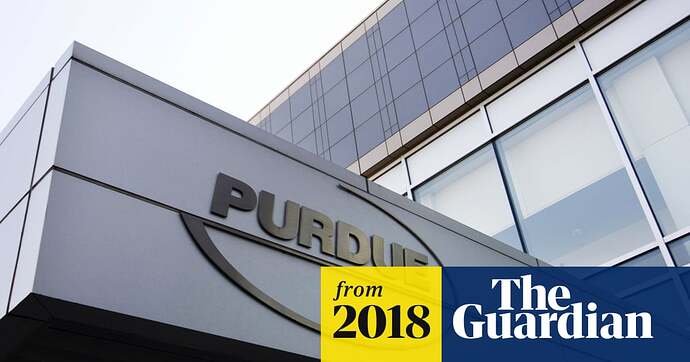 Be interesting to contrast how Marion Barry is usually referenced vs. Giuliani.

ETA:
Legal issues might have prevented the show from focusing more on Giuliani’s role. Or they might have been afraid it would “politicize” the show.

Imagine if he had been punched during the recent FBI raid on his apartment.

“I never expected the leopards to punch MY face…”

This is a completely accepted practice in Europe - which is an often praised model of policing. Yet here in the United States and on the Peoples Republic of BoingBoing it is lambasted.

It is amazing to read the comments of people who can not separate the concepts being imparted from the person.

One could paraphrase this almost word for word as a statement made by a 1930s German about Jim Crow in the USA. Legal doesn’t very often equate with ethical.

It is amazing to read the comments of people who can not separate legal and ethical/just.

It’s also not actually legal. Police are regular citizens and subject to all the same laws as everyone else.

There is a big difference between “legal” and “unenforced.”

Police are regular citizens and subject to all the same laws as everyone else.

Can someone tell that to our criminal justice system?