When you are a barely held together living sack of feces any kind of impact could cause you to burst at the seams. 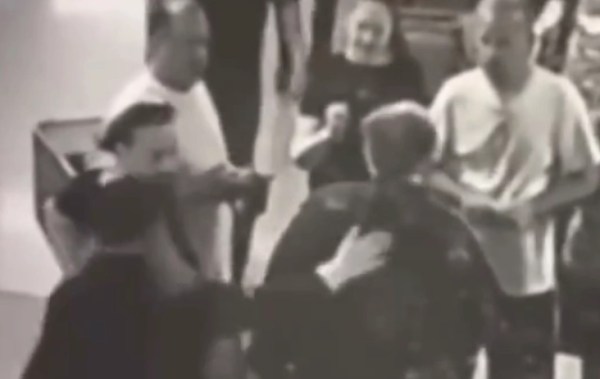 Video of "attack" on Rudy Giuliani shows someone slapped him on the back |...

New York City newspapers reported this weekend that Rudy Giuliani was attacked while campaigning for his son, a candidate for governor of New York. And a man was indeed arrested and charged with as…

But it was the five finger death tap.

Tragically, America lost its mayor later that afternoon when Abigail slammed a door on Days of our Lives, causing him to flip over 18 times and explode in a massive fireball

Can anyone remind me what Rudy had to say about the police assault on Martin Gugino? Because I’m pretty sure it was sweet fuck-all.

“I’ve been in politics 50 years, I’ve never been attacked like this…”

Is that a challenge, your miserable sack of shit?

Is two members of Trumps inner circle meeting up at the same time a synecdouche?

That tap on the back might have caused another oil spill from Rudy’s head, someone should check. Maybe it could be used to power Trump’s campaign truck.

Once again, video evidence shows that Rudy’s grasp on reality is pretty thin.

“It knocked me forward a step or two.”

Ummm… whose “step or two” would that be? A Lego character’s? Jeeubus, Rudi’s legs didn’t even move.

Came here to reference exactly this. It will be (grimly) fascinating to witness the mental gymnastics required to escape the cognitive dissonance between the hue and cry over the tap on the back Rudy got versus the as-yet-unpunished shove—backward!—Mr. Gugino got from uniformed cops that cracked his skull.

Slapped him so hard, all his bones fell out of his body and then formed themselves into a sign reading “LOLOL RUDY SUX.”

“I’ve been in politics 50 years, I’ve never been attacked like this…”

Extraordinary claim requires extraordinary evidence. It IS hard to believe nobody has thumped him in all that time.

But the truth is he’s been “attacked” with a hearty slap on the back like that many more times than he can remember, I’m prepared to bet.

I mean, suppose I was a weaker 78-year-old and I hit the ground, cracked my skull, 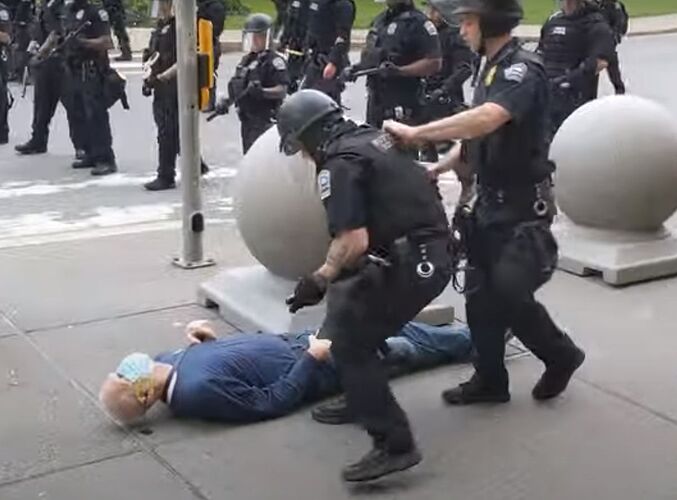 Earth to Rudy… are you there, Rudy? No idea what it’s like to live here, huh?

Well he was probably drunk at the time, so maybe it did feel like a gunshot.

Where’s the easily edited video version of this showing the result of that tap becoming a nuclear explosion of hair dye substance? Please have the (m’gawd) felony suit called off by a judge who replays this video three times each with interrogations of rudy’s lawyers, (or is rudy representing himself?)

Why would Roodles fear getting shot?.
Is he a 6 or 10 year old child child peacefully sitting in a classroom?. He was once America’s Mayor. Now he has turned into a punchline. All he deserves is contempt and obscurity.

So much for the legendary hard-scrabble toughness of native Noo Yawkers! 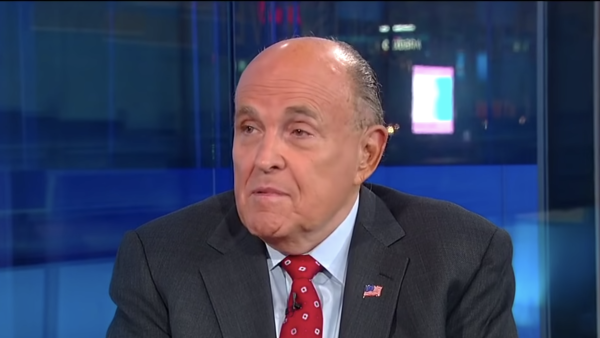 A hoarse and angry Rudy Giuliani decried the downgrading of charges to misdemeanors in the Staten Island slapping incident, saying he felt as if “a boulder hit me” at the supermarket. V…

And it can take years to kill someone.