Originally published at: Rudy Giuliani says he'd like to work for President Zelensky in yet another cringe video | Boing Boing

Rudy… a message for you… Rudy…

This is like a washed-up mob enforcer asking for a job from one of the small business owners he used to threaten. 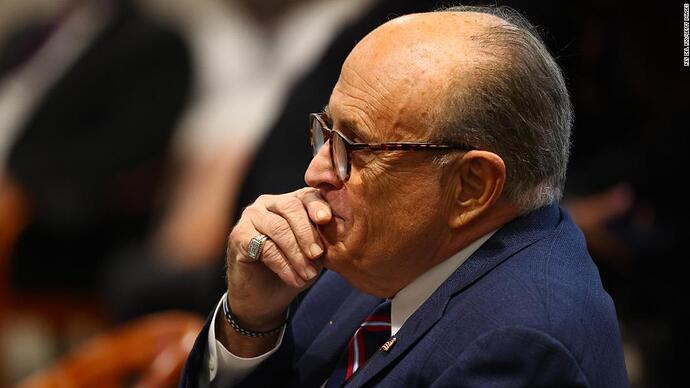 I say send him. Right to the front line.

I know where all the bodies are buried, particularly their bodies, not just ours. 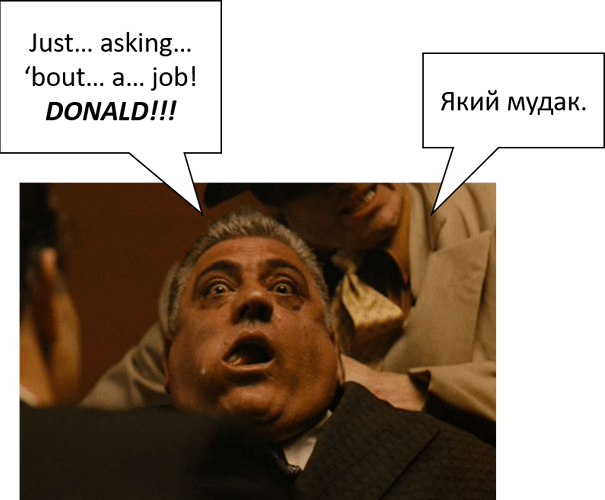 since I know where all the bodies are buried,

Clearly a case of “the enemy of your enemy is your friend.” No, that’s not it.

“The friend of your enemy is your friend”? Nope, still not it.

“The friend of your enemy is your enemy”? Not quite the right saying, but that one’s accurate.

Bad to the bone.

"Meaning, you know, like every country, not everybody’s corrupt."
“…just me.”

I have a position for him in the region:

President Zelensky should accept Rudy’s offer to work for him… and immediately put him to work.
Clearing mines & booby-traps around Chernobyl…

I see no downsides to this.

So aren’t Trump Scumbags / the GQP in favor of Russia? Why this pivot? Granted, consistency and logic aren’t a Trump Scumbag trait.

Why did they leave those two corpses out in the sun?

[expletive deleted] and his cronies aren’t sparing a dime for RG’s legal bills, so the grifter’s got suck up to someone. Even if it’s literally the last person in the world who had a reason to help him.

I suppose scumbags can double as sandbags; he is definitely qualified to fill a position like that.

Or one of those things one puts at the base of a door to prevent drafts.