I don’t have time to tune into the show. What happens next? Does the Russian navy save them from drowning, or just let them die?

Didn’t watch it. I dunno, just not into watching videos of people getting killed today.

That boat has a surprising amount of fuel in it, all things considered. Brutal.

I’m going to assume they took everyone off then destroyed the boat.

Is it just me or is the spread on that AK630 pretty substantial, given the range?

30 years of civil war has decimated their economy.

My guess is that if it’s the mother boat, it’s carrying extra fuel for the sea-doos.

Couple of links I found suggest it was actually routine target practice against empty boats and not Somali pirates.

The Russian Naval vessel destroys the Somali pirates' boats with an AK-630 CIWS (close-in weapon system), comparable to the Phalanx used by the US Navy

Slight tangent, I think Africa will be the next China. Indeed, China is investing in parts of Africa. There is a huge untapped potential there. It is going to be an interesting next few decades there, I think. For the better, ultimately.

Does seem pretty inefficient if the goal is to stop pirates.

The US Navy, otoh, is a little more patient, and only needed 3 bullets for 3 pirates.

How SEALs Shoot to Kill on the High Seas

According to former U.S. Navy SEAL Harry Humphries, if Capt. Richard Phillips rescuers had not shot all three pirates, with three perfectly placed headshots, the captain would be dead.

I somehow expect the splash of the bullets on the water to be moving the same direction as the impact, instead of going straight up. Does anyone here know the physics of that phenomenon?

Why would anyone in Somalia turn to piracy?

You can’t turn to piracy if you don’t have a boat. The primary source of pirates in Somalia are fishermen whose stocks have been fished out illegally by foreign thieves. Very many of whom are Russian. So yeah, really cool.

water naturally resists compression and is very good at absorbing high speed impacts while the air above offers very little resistance. While there is water traveling in the opposite directions of the impact, most of the high speed water is exiting at the point of least resistance, which is vertical.

And I don’t mean they’re Twinkies.

Ironically, the faster the projectile the quicker it slows down underwater from drag. Subsonic rounds actually go further. 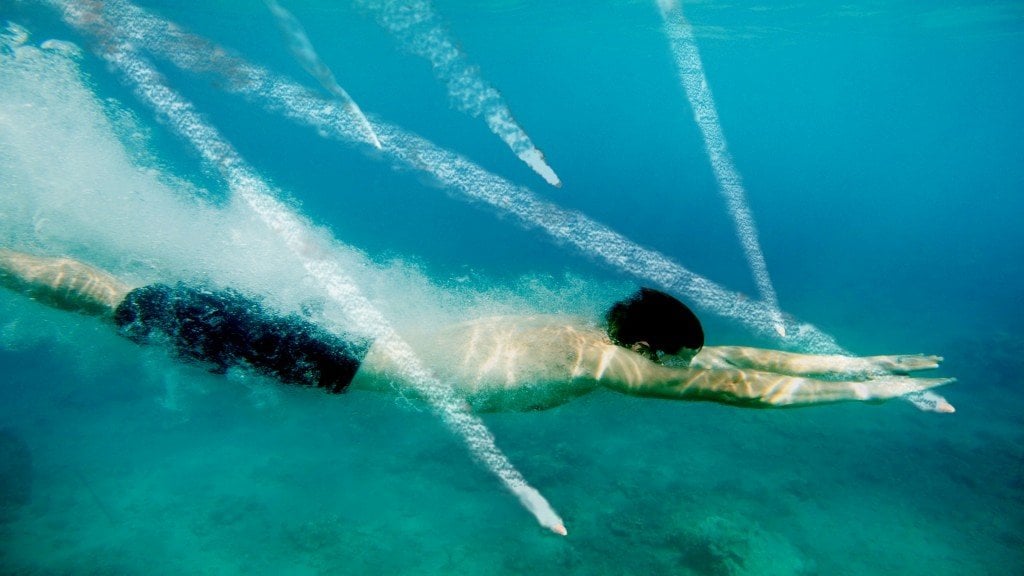 Would You Be Protected Underwater If Someone Fired A Bullet At You?

Whether it's Saving Private Ryan or Mission Impossible: Ghost Protocol, people seem to jump into water to protect themselves from bullets. The question, however, stays: does it help?

indeed. Supercavitation is a bizarre phenomenon.