Russian speaker of the house gets all saber-rattly over Alaska

Originally published at: Russian speaker of the house gets all saber-rattly over Alaska | Boing Boing

No, you have a federal government with a military and the National Guard that protect Alaska.

Armed Alaskans are way down the list behind the Coast Guard, NOAA and the National Park Service when it comes to an invasion response.

I am so sick of the Red Dawn cosplay myth.

Look bro, we paid for it fair and square.

Take it up with czar Alexander II.

You want it back then offer to buy it back, razboynik.

But with real estate prices these days. . . .

We have hundreds of thousands of armed Alaskans and military members that will see it differently.

The Republican Cosplayers are already dreaming up Red Dawn scenarios.

Guys, if the Russians were reckless enough to risk nuclear war by invading U.S. soil I don’t think a sparsely distributed population of rifle totin’ recluses would be enough to change their minds.

We both went to Red Dawn as a touchstone.

That movie really did some damage to US society, didn’t it?

Of course it was a response to a culture that already existed but I really believe it was a harmful piece of media.

All together now: "Trump claims that this NEVER would have happened when he was “president”. But don’t forget that, if he was still president, he would have sent our armed forces into Ukraine, TO FIGHT FOR PUTIN.

Unless Zelensky had sent him made up evidence about Hunter Biden, of course.

I mean, if they move quickly, we’ll have Trump, Palin, mypillowguy and others in Anchorage for a grift bubbling authoritarianism soirée political rally this weekend! They can finally exfiltrate some of their operatives!

That movie really did some damage to US society, didn’t it?

I still think Congress never would have dropped a mind-boggling $1.7 Trillion bucks on the mostly useless Joint Strike Fighter/F-35 program if the original Top Gun hadn’t made so many Americans hot and bothered for fighter jets.

I am so sick of the Red Dawn cosplay myth.

I wonder if Seward kept the receipt for his “folly” …?

The speaker of Russia’s lower house of parliament, Vyacheslav Volodin

This clown is about as intelligent as Kevin McCarthy.

There’s a whole ecosystem of Russian nationalists who want Alaska to return to Russia. They rattle this saber every few years. There was even a really catchy pop tune on radio late 90s / early 00s telling the US to return Alaska.

The nationalist see the sale of Alaska and emasculating because it was at such a deep discount after their loss in the Crimean War. Of course, the fact that it turned out not to be a useless tract of land after all helps fuel these feelings.

Of course it was a response to a culture that already existed but I really believe it was a harmful piece of media propaganda.

Plus the Arctic ocean bottom resource rights, and that it would make the Bering Strait a Russian waterway. (Not really, but maybe some China-style artificial islands?)

I guess the tunnel/bridge is off again? 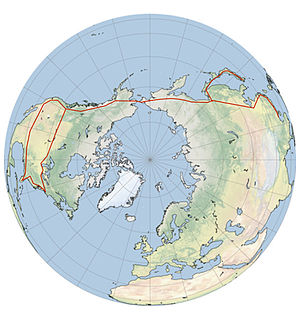 All this happened back in March.

Zelensky didn’t even have to send made-up evidence; all Trump really wanted was a publicly announced “investigation” against Hunter Biden, etc. He didn’t even care if there really was an investigation, because he was going to trumpet the “investigation” far and wide anyway. Like he did HRC’s emails, overn and over and over…

Look bro, we paid for it fair and square.

Apparently there’s some Russian nationalist myth that’s sprung up that they didn’t sell it to the US - that it was actually some sort of 100-year lease or something, and the US cheated them out of it by not returning it. Which is absurd, but even more absurd because Russia did not, under any reasonable standard, ever “own” Alaska to begin with - they had a tiny outpost in one corner of the territory they claimed, whereas the native people that occupied that territory had never lost the land in war or otherwise ceded the land to any country.

Canada wouldn’t be thrilled to share a border with Russia even without that last kicker.

Why would I want Charlie Sheen and Patrick Swayze defending me when I can have David Soul and Cathy Lee Crosby? 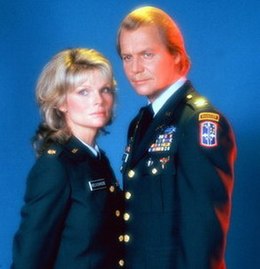 World War III is a miniseries that aired on the NBC network television on January 31, 1982. The miniseries begins in 1987. At the height of the Cold War, two US Air Force airmen monitor their radar screens at a quiet and remote NORAD facility in Alaska. Suddenly, one of the radar operators notices an unidentified aircraft sneaking in on the leading edge of a weather front. He alerts his partner about the threat and begins to contact Elmendorf AFB. The other Airman retrieves a silenced Mac-10 fro...