By the time she left the series, she was the longest-serving correspondent on the cast.

Also, the most times pregnant on the cast. I swear to god, she had like 10 kids while she was on the Daily Show (I think it was only 3, but it seemed like she was constantly pregnant).

But this fucking sucks. I watched clips of her on youtube of her show, and she was an angry feminist firebrand, which we need more of…

Damn, she was one of the best in the business. And things are not trending in the right direction when it comes to women doing late night television lately.

In a 2019 interview with Rolling Stone, Bee spoke about breaking ground with Full Frontal and being one of (if not sometimes the only) woman in late-night television. “It is not exciting to me to be the last woman standing in this space,” she said. “It’s not what I want. It’s a huge loss that Sarah’s [Silverman] show [I Love You, America ] is off the air, that Michelle’s show [The Break With Michelle Wolf ] is off the air, that Robin’s show [The Rundown With Robin Thede ] is off the air. It’s bullshit. I thought we had learned a lesson, that other voices could emerge and tell a different tale of what’s happening. But that’s not bearing out.”

But speaking of “late night television”, the term is becoming a bit of a misnomer, right? How many of us actually watch the live television broadcasts anymore as opposed to the YouTube clips in the following days?

And things are not trending in the right direction when it comes to women doing late night television lately.

We still got Amber Ruffin…

Hopefully she pops up somewhere else but like her tweet says, it’s not like she was getting a lot of air time due to wrestling, baseball, and Big Bang. Lots of streaming channels that could give her a home. I guess we’ll see. 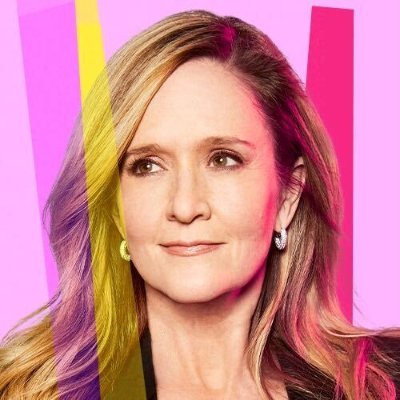 @FullFrontalSamB
After 7 seasons, Full Frontal with Samantha Bee will not be returning to TBS this fall. We’re so thankful for our loyal audience, our amazing team, and that we got to annoy the right people every week—that there wasn't wrestling or baseball or a very special episode of Big Bang.
9 Likes
roqz July 26, 2022, 2:46pm #7

During the period between November 2016 and January 2021, there was something, quite don’t remember, that made me sad and angry, so I used to watch the Youtube clips of almost all late night shows, I recall (in order of subjective funnyness), Colbert, Noah, Oliver, Myers, Maher, Kimmel, Conan, Corden, Fallon and Bee… I didn’t really ‘get’ Samantha Bee, and nobody else in my circles watched her show. I guess it was a very niche comedy? She had some very good interviews and mockumentary, but I usually got those links from sites like this. Nowadays I’m not as sad and angry (“sangry”?)as those darker days, so I just watch John Oliver and BIll Maher because those are weekly shows and have a good “recap of the week”.

I didn’t really ‘get’ Samantha Bee, and nobody else in my circles watched her show. I guess it was a very niche comedy?

Comedy is always subjective, so I can’t technically tell you that you were wrong not to like it, but the show’s ratings were actually above The Daily Show in the latest chart I can find from February of this year.

I didn’t really ‘get’ Samantha Bee, and nobody else in my circles watched her show. I guess it was a very niche comedy?

And whilst I’ve only seen her via YouTube on an occasional basis, I am not comfortable with the label ‘comedy’ here. I guess John Oliver is another one. These shows are political and are often out to make a point first and foremost. Humour happens to be the method. They are not there just to be funny or they’d be writing sitcoms or doing ‘straight’ standup. What will be missed by her cancellation is not her comedy, but her attacks on things that NEED to be attacked; her pointing out of fuckwittery or injustice or hypocrisy that NEED to be pointed out.

Are the other cancellations just accountant-led rationalisations or is there a corporate cancellation of people with strong viewpoints going on?

Aw, pants. I hope she and everyone else involved find a good new home, soon. Particularly Amy Hoggart, whose section on Trump’s image in Scotland still delights me to this day.

And she is hilarious!

But speaking of “late night television”, the term is becoming a bit of a misnomer, right? How many of us actually watch the live television broadcasts anymore as opposed to the YouTube clips in the following days?

I believe these things are related.

As a middle-aged white dude, the thing I liked most about “Full Frontal” is that I pretty explicitly and matter-of-factly was NOT the target audience. I still identified strongly with the politics, but I thought it was pretty great to get to see things through the eyes of someone who didn’t resemble me in at least one fundamental way.