If they can do this, they can do Neuromancer. What’s the hold-up, people? I nominate Ridley Scott.

It’s generally considered the worst dub in history. The characters were given American names… and any kanji in the background were blurred out. And then it was edited to make a secondary character the star, because he’s male. Yes, really.

Kind of a stretch with Krrish, since he wasn’t Superman, he was his own uniquely Indian superhero. (Did you actually watch the movie?)

Bollywood does sort of blur the line between adaptation/inspiration and exploitative knockoffs, though.

I tried to compare this to Japanese treatments of Western IP’s, but I couldn’t find much of anything. Basically:

The following 2 pages are in this category, out of 2 total. This list may not reflect recent changes (learn more).

Ugh. I’d rather Tony Scott did it. Even now.

If they are casting clearly Asian Kusanagi as white to be “color blind”, I suppose Hollywood won’t mind Batou be Japanese? Give me a break.

If they can do this,

That’s a big “IF”, muchachoid.

What’s the hold up is a good question. There have been a few speculative feels towards making a Neuromancer movie, and I’ve got to wonder what scuttled them. The one I was most optimistic about was the idea of getting music video director Chris Cunningham to direct, Ridley Scott has a sense of visual style, but I don’t know how he’d relate to the novel thematically. Funny when considering the recent news of his aborted Scott sequel, but I could imagine Blomkamp doing something with this. It would - like anything else - be better off coming from outside of Hollywood.

I dunno, seeing as Motoko is almost 100% robot, right down to only having 10% of her original biological brain and spine, it seems awkward for me to get upset about what race is going to be playing her. She is a master of disguise after all, and doesn’t seem particularly Asian in appearance in any of the movies or the Standalone Complex series.

Which is to say that there were a ton more Asian looking characters than her. For instance PM Kayabuki, Cabinet Secretary Takakura has a very Asian appearance as well: 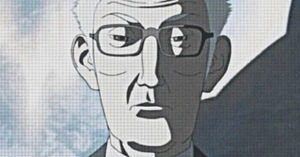 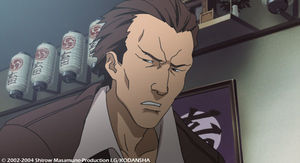 But Motoko looks Caucasian enough to me to not feel outraged that a white person was cast to play her.

Uh…you DO know not all Asians look like that, right? I’m not even talking about “halves” either.

Yes, as a well known cultural critic pointed out this week, the race of fictional characters is always fixed.

It is nice, however, to see that the studio decided to avoid the obvious route of hiring an actress for the part and instead opted for a cardboard cutout for the role.

The casting choices are entirely besides the point. I don’t care if the characters look Japanese, that’s a superficial problem, if a problem at all. What concerns me is the sensibilities of these stories, and the question of whether the US movie is being made in appreciation of this, or just cluelessly, like most “adaptations” are. If it ends up being merely some generic cyberpunk action flick, then there is no need to mess with an established franchise. But, you know, this is what they tend to do…

EDIT: This whole thread reminds me just how damn exhausting it is to be racist. 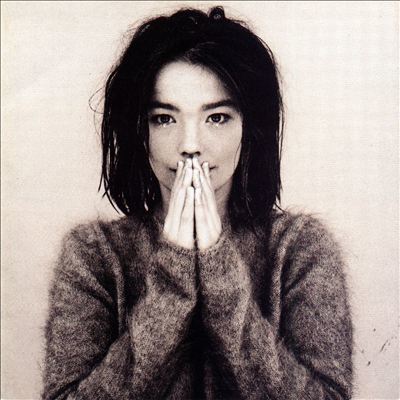 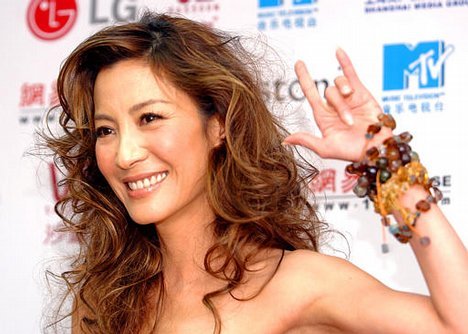 Yeah, I may have spoken too soon and tilted my hand about what features I think look Asian, but I still think there’s wiggle room with the Major. There’s a lot of variation in how she’s portrayed. 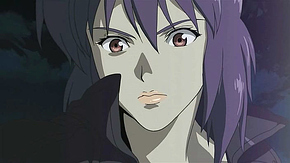 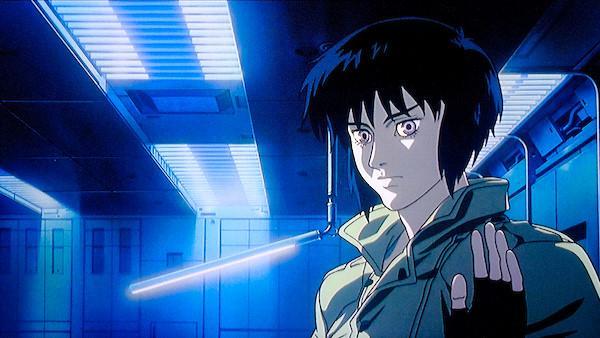 The thing is, I don’t think Motoko obviously looks Asian for the same reason why most human characters in, for instance Pokemon don’t look Asian. Anime itself is pretty whitewashed on its own. At least, most of the anime I’ve seen.

If “Anime Girl” is a race, Scarlett Johanssen is probably the best fit.

And not Kyary Pamyu Pamyu?

Looking at some cosplay pics of the Major, I really hope she gets to wear some pants in this movie.

I’m refusing to get excited about this live action version of GitS. The series was done to intellectual and artistic standards far above what Hollywood has been churning out, and I don’t expect this adaptation to be any good.

For what it’s worth, I’ve never understood why people think Scarlett Johansson is a good actress.

A lot of people seemed to like her performance in Under the Skin.

A lot of people seemed to like her performance in Under the Skin.

Huh, I dont recall her character having any really difficult scenes, at least none that I would imagine being difficult.
But most of her characters don’t seem that demanding… which is standard hollywood these days.

Uh oh. Rush Limbaugh is going to be livid. He hates it when movie casting doesn’t resemble the established character description.

The Japanese live-action adaptions of anime do tend to homogenize the characters. BUT Japan is a more phenotypically homogenous country than the US AND it’s also probably not the best country for us to use as an example of racial sensitivity in media whose lead we should follow.

Why not Chris Nolan? After all, as been mentioned before, Inception had a lot of similarities the Neuromancer – a semi-washed up criminal with technical talents is recruited by a mysterious patron to do one last job, for which he needs to assemble a team. And within the other reality (cyberspace or mind) the protagonist is tormented by a “ghost” of a dead lover whom he encounters on a beach near a ruined city.