Scene report: Video of a McDonald's restaurant from 1992 during the Batman Returns controversy

Originally published at: Scene report: Video of a McDonald's restaurant from 1992 during the Batman Returns controversy | Boing Boing

I remember at wamart i had to wear a tie and slacks as a cashier.

My brief stint working for McDonald’s, where they make you clean things you just cleaned if there is nobody to serve at the moment.

Out of interest was there any Batman related dialogue in this rather boring video of MacDonald’s? I skimmed through after the first minute or so, stopping from time to time, but neither heard or saw any Batman stuff. Not sure of the point here.

For some reason I immediately think of: 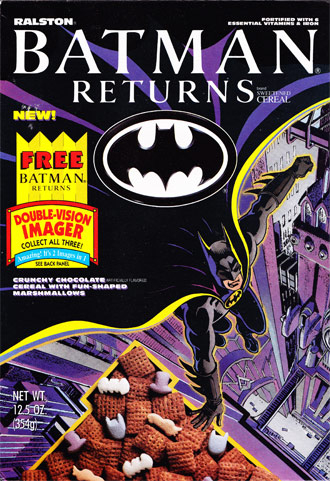 Batman Returns Cereal was a licensed breakfast cereal used in promotion for Batman Returns. It was manufactured by Ralston as a followup to their highly successful Batman Cereal created to promote the first film. The cereal itself was chocolate...

But it was the 90’s, and marketing R-rated movies to the tots was de rigueur for some reason. (There is probably a better example than the Robocop cartoon, but I can’t think of what it might be.)

Rambo, Chuck Norris and Toxic Avengers all had cartoons and toy lines. Alien/Aliens had toy lines but no cartoons I’m aware of.

There wasn’t any Batman talk, but at 0:12 a Batmobile ad/display is clearly visible hanging from the ceiling behind the customers.

I don’t see how McDonald’s could possibly act surprised by how dark the movie was. The 1989 film had plenty of violent death as well. By one counting Batman personally killed 17 people in Batman, and just 3 in Batman Returns.

That doesn’t include all the folks that the Joker killed in various ways including a very graphic electrocution.

…told the media The objective of the (Happy Meal) program was to allow young people to experience the fun of Batman the character.

Oh! well then this is what you’d want: 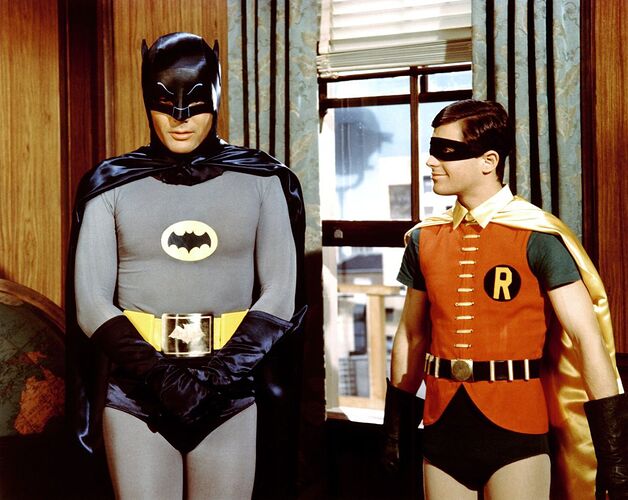 The objective of the (Happy Meal) program was to allow young people to experience the fun of Batman the character sell Happy Meals.

Ya know, now that I think about it, I don’t recall hearing anything about this. Looks like the lack of Internet did its job.

If that happened today, everybody and their mothe,r that was looking to be popular, would be posting “outrage” videos on tiktok and twitter.

Just because you have a voice, doesn’t mean anyone wants to hear it…

There was an Aliens cartoon planned, but it fell through. It would have promoted the toyline if it happened.