Midi-chlorians. Full stop, instant dismissal and purging to the annals of oblivion.

Man, it’s such a shame they never made any sequels or prequels to the Star Wars trilogy. I mean, I know it was an amazing trilogy and it’s a hard act to follow, but I still hope someday they get around to it. That and the Matrix - it could really use a sequel too.

I find your lack of faith disturbing. 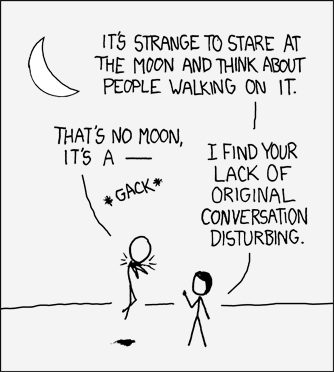 (Yes, I realize the irony of my references.)

I made it far enough to get to the part where they pointed out that Midi-chlorians are sentient but can’t figure out how to live in a Wookie!

I love watching a bad idea keep getting worse.

There aren’t ten Sith. Either they mean Sith Lords, of which there were two known to the Empire (Palpatine and Vader) or the Sith species, which is extinct.

Midichlorian is a unit of measure. Jedi in this era are ignorant and think their measuring-devices are counting little green entities, while all they’re doing is measuring the force sensitivity of the subject.

This still does not let George Lucas of the hook for coming up with the stupidity in the first place. Raaaargh!

I’m sensing some serious expert peer review happening here (imaging what a graduate journal club session would be like!) What we need of course is some “scientific evidence” that can demonstrate that this whole midi-chlorian thing is not a causative agent, but rather a misinterpreted correlation. Scientific paradigm shift?

(By the way, I would totally publish that paper at the SCQ)

p.s. Here’s another wookiee paper that doesn’t even bring up the whole midi-chlorian thing, although this one is especially technical in nature.

Among other reasons that was such a dumb idea: wouldn’t that mean you could just steal a Jedi’s force powers via simple blood transfusion? None of that “spending decades learning self-discipline and honing mystical martial arts skills” for me!

Besides, Wookiees don’t need use “the” Force, they just use FORCE.