Use a tea ball? 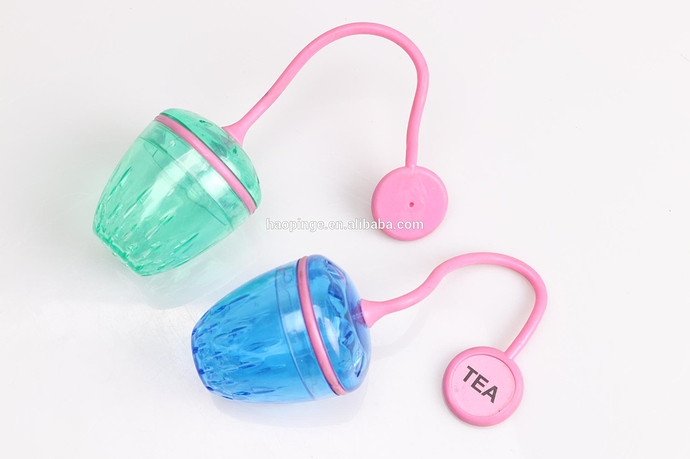 What about those Japanese spoon infusers that you just scoop up the leaves, close it and put in your cup? It shouldn’t be messier than putting a spoon of sugar in a cup?

Hm. I got a permanent plastic filter strainer. Now I wonder if it, too, releases stuff.

Why were they using plastic for tea bags in the place? It seems like a solution that only exists “just because”.

I use both a metal tea ball, a spoon infuser, or disposable tea bags for my tea. I used to use the tea ball exclusively, but the hinge broke. I kludged it back together, but it still has the habit of opening up and spilling tea leaves. The disposable tea bags are kind of a waste, and I don’t know why I should keep buying tea bags when I have two (well, one, really) other options. So, the spoon infuser it is, even if it is made of plastic.

Time to invest in another metal tea ball.

Just to be clear, this is what I’m talking about 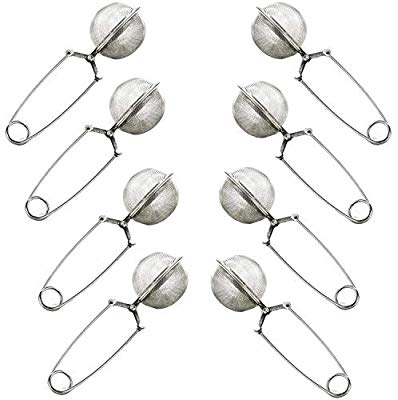 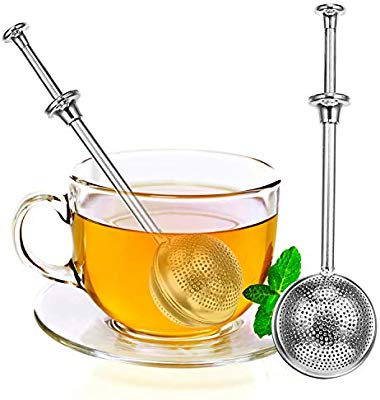 Yes, metal is good.
If you want the loose tea leaves to swirl about vigorously your teapot, here’s some room for them to roam in this option: 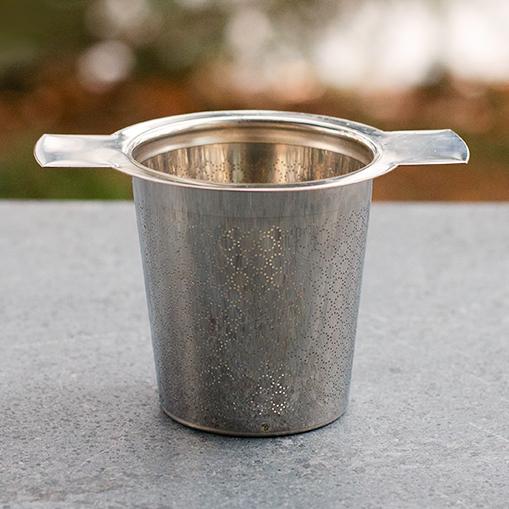 With laser cut perforations, this infuser is perfect for your finest sized teas. Material18/8 Stainless steel Dimensions2.87" W x 2.68" H, 4.125" W with handle Care InstructionsDishwasher safe. Do not use in microwave. Country of OriginChina

I have one and it fits several of my standard plain ol’ teapots.

This is nice too if you want to strain as you pour out from pot to cup, with tea leaves entirely loose inside your teapot: 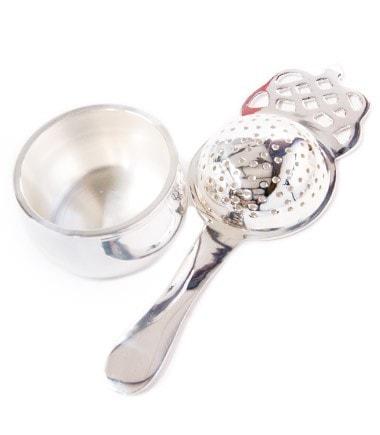 Tea Strainer - This elegant silver-plated loose tea strainer fits the rim of a cup to catch leaves that pour from the spout of the teapot.

I thought it was common knowledge that Sirius Cybernetics friendly Nutrimatic drinks dispenser with GPP make the worst cup of tea in the galaxy?

Well, that and Lipton’s instant.

I once drank the warm water leftover after boiling sausage.

That was the Wurst tea.

Because plastic is cheap.

Buy it once: buy metal. Metal utensils also have the advantage of putting iron in your diet (if they are made of steel).

Give enough plastics and enough time, and evolution might turn us into something ready for interstellar travel.

Note to self: do not use gallium utensils.

Well, that and Lipton’s instant.

Lipton’s is extraordinarily bad anyway, and instant tea is anathema.

[Which is unfair to Anathema, one of my favourite bands]

The first time I encountered ‘silken tea pillows’ in a Dublin hotel, I thought it was jokey marketing, but apparently it is a thing.

I would nominate this as the worst cup of tea: 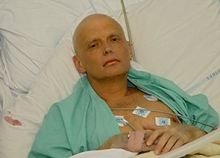 Alexander Litvinenko was a former officer of the Russian Federal Security Service (FSB) and KGB, who fled from prosecution in Russia and received political asylum in the United Kingdom. On 1 November 2006, Litvinenko suddenly fell ill and was hospitalized. He died three weeks later, becoming the first confirmed victim of lethal polonium-210-induced acute radiation syndrome. Litvinenko's allegations about the misdeeds of the FSB and his public deathbed accusations that Russian president Vladimir...

As for ingesting plastics, I’d rather not. But the good news is the human digestive tract is extremely resilient to no-soluble objects. We even need some polymer fibers in our diet. Plant based, but not all that different from petroleum based as far as our guts are concerned.

I think the original teabags may have been silk and weren’t meant to be used as, erm, teabags. A major producer of teas was sending out samples of their teas in little wooden boxes. This was rather expensive so they tried small bags for samples and people simply assumed that they were meant to be used as … teabags. It was an immediate hit.

Sure, microplastics might be bad, but it only counts as the worst if they put the milk in before the tea or the tea bag after the water.

There’s really no need for tea balls, tea bags etc. Pour boiling water into a cup or pot with loose tea leaves in the bottom. The leaves will swirl around, and then absorb enough water to fall to the bottom of the container. Then the tea is ready to drink.

Just don’t drink the last 1/2 inch of the cup, which is where the tea leaves stay. Easy.