Seal slaps kayaker in his face with an octopus

I used to dive out in Monterey Bay and the sea lions would bite the top and bottom fins off ocean sunfish (also known as Mola Molas), leaving them sink to the bottom wiggling their dinky undersized pectoral fins ineffectively to await a VERY slow death by swarming sea stars.

No idea why. Maybe the fins were tasty. Maybe they wanted to play frisbee.

I’ve seen some wildlife up close in my kayak. Most exciting/dangerous thing was once a buddy and I went out through the golden gate, which is always pretty rough. Well as we head towards Kirby cove this enormous Harbor Seal comes out of the water between us and shore and starts snorting and bellowing at us. So we kinda raft up as best we can and yell and smack our boats w our paddles. He wasn’t budging, blowing and snorting repeatedly. We figured he must have some females on the beach there and didn’t want us sneaking in and and gettin jiggy with his lady friends. We turned around and headed back into SF Bay.

Saw some sea otters pretty far up in the bay on coastal cleanup day. Noice.

I’ve found that beavers and swan are the angriest SOB’s on the water. Both will charge you and while beavers will stay pretty much at water level swan can jump and catch air while charging. I’ve had adult beavers, presumably momma beavers, charge me after curious and playful pups get too close. I stay away from swan. They are bastards.

Now when a swan attacks you with a beaver you’ll really have something.

According to the Law of the Sea, the kayaker and seal are now married.

I back that with my many years at sea, I’m technically married to a sea robin, although we parted on friendly terms, my feelings for her are still troubling.

that had to mean something.”

This thread. I like it. It has sea lioning in a way I can appreciate, it has lovely GIFs, and it’s definitely going to be a punfest at some point. The best of the best. 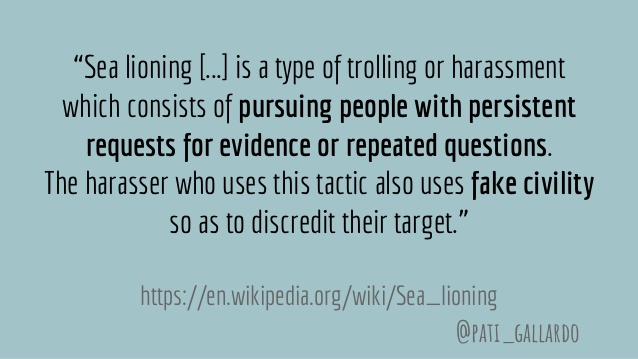 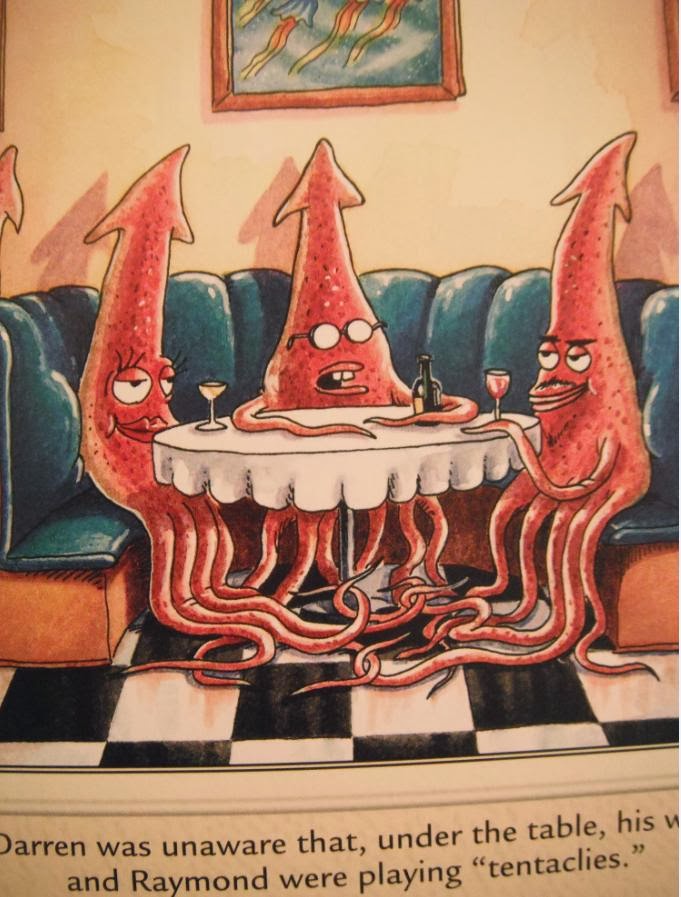 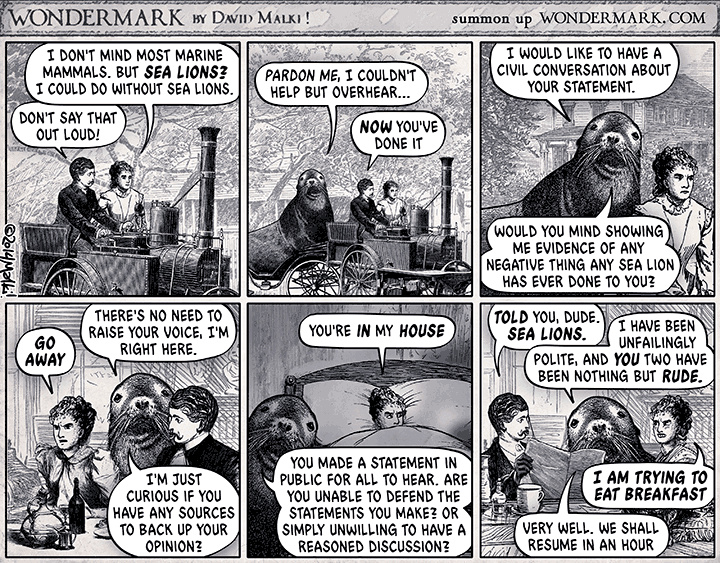 It looked like it was clinging to the kayak after the slap, maybe.

I also can confirm. I got married to a seagull when she dropped a fish on me.

Worst wedding ever. The bridesmaids squawked loudly through the service, stole crackers right off people’s plates, then shit all over everything.

You know, I think we are badly anthropomorphizing the poor buggers. I rather like sea lions. At least as long as I don’t have to face them, or their cephalopod greetings…

Also, I looked up where, when and how the expression for the rethorical method evolved at least three times since I first heard of it. And I forgot what I found out, again. What a metaphorical slap in the face. I feel like fast asleep. Maybe jn the House of R’eally?

Caption: Here, hold this for me!

That gets a David Caruso Award!