They just called down the wrath of disney’s lawyers.

Handcraft? Does that include pouring choco into a mold? Or did he carve them with a tiny chisel?

If he made the mold himself, I’m comfortable with calling it hand-made. Do Disney sell a chocolate Death Star mold?

But how do you mold chocolate with the kind of detail shown on that Millennium Falcon? Does it require a blend with an unusual preparation method?

I agree… and my opinion is of paramount importance.

The light saber is a nice touch. Everything else looks like it comes from molds, as Jorpho pointed out. Thinkgeek has a M Flacon ice cube mold, but it doesn’t seem quite as detailed (mb the dish is added later?)

The taco truck begins to take on the appearance of a monstrous overpaid copyright lawyer.

You can’t win, but there are alternatives to litigation.

BIGGS
Luke, at that speed will you be able to counter file in time?
LUKE
It’ll be just like Municipal Court back home.

I didn’t even realize that was supposed to be a lightsaber. Oops.

Now I’m trying to figure out if the baked whatsit it’s leaning on is of any significance.

Bring me the head of Darth Vader!

So, the dish on the falcon has to be a separate molded piece (duh), but the color and texture surprise me. Sure, some blue food coloring would make it go grey, but not as light as that second pic. Could be the camera color correction.

Or it could be a higher fat chocolate so it starts off lighter to begin with. That could explain the rounded, not crisp corners.

I need to get into chocolate as I have been prone to threaten. (Where’s my conch machine!!)

These are available molds on Amazon. 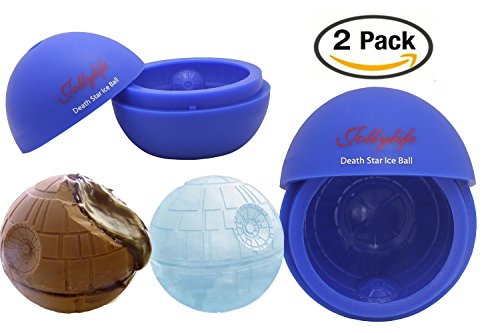 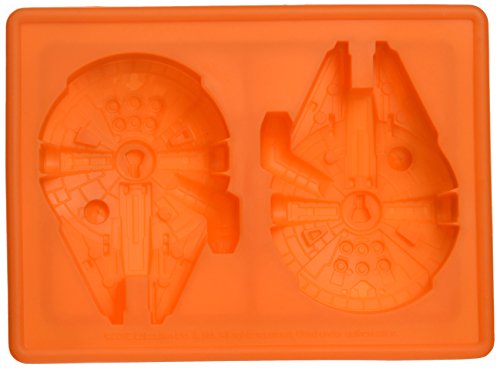 Star Wars style molds for chocolate, ice cubes, jello, etc. Make your own cool soaps and handcrafted items. Great for baking or around the bar - a must for all fans! Great to use for kids' parties and ...

Tho the flacon mold would have to some extra attention to get the dish upright.

“their limited-time, off-menu dessert tray based on characters in the Star Wars movie franchise”
Ummmm.
Big whoop.
All those moulds have been available for years.
Obviously the restaurant owner knows the other or paid for this advertising/article

Hi - correct URL for the restaurant is: www.faithandflowerla.com