12 posts were merged into an existing topic: The question of Puerto Rico statehood and its political repercussions

No - you ended up with a bill that nobody really ended up being happy with. Yay for compromise.

Worse, compromise with a party that’s been negotiating in bad faith since the Clinton administration. Schumer should change his last name to Brown after all the kicks he’s taken at the football.

Popular does not equal wise.

What would be “wise,” in this scenario, then?

Well, those people just need to go pull harder on their bootstraps! I mean, it’s just a pandemic, after all. It’s no excuse to live high on the hog on the backs of god-fearing job creators! /s 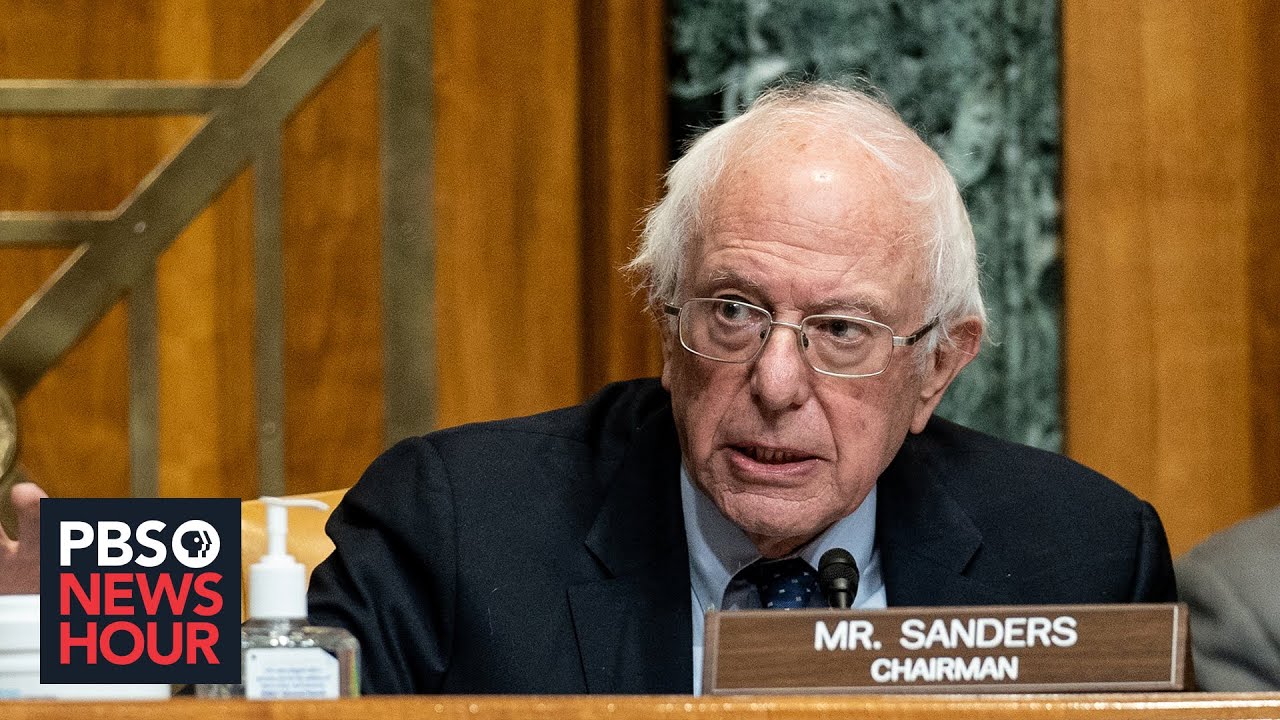 For once, I’m not even one of the American citizens who has been hit the hardest during this crisis, and that mentality still infuriates me…

and that mentality still infuriates me…

It’s the heart of the neo-liberal world view - if people are suffering due to circumstances well outside of their control, trying to alleviate that via state intervention is considered a worse evil. Trumpism is the logical conclusion of this mindset which starts with Reagan/Thatcherism. But the reality is that public programs that benefit all people have a proven track record of allowing people to really thrive, which does far more to grow the economy than endlessly cutting government budgets and taxes. If people can’t see that now, then they are truly buying into an ideology that has no basis in facts.

It doesn’t even have to be killed entirely, as we have seen it’s enough to force Republicans to actually vote. If they have to maintain 40 members in the chamber to keep debate going, then they will quickly fold. Once one of them goes home, then the other side can raise a vote to end debate, and if they don’t reach 40 “nay” votes, then debate is ended.

I can see Dems getting behind this reform, as despite the narrative, Dems are actually more fired up and more willing to suffer for their cause. For all the “Democrats in disarray” that the press pushes, Dems actually are more disciplined. They care about the issue. GOP members only care about getting reelected.

Really, that’s all it needs, is to make the filibuster something that requires actual effort. As it is now, it’s not even a real filibuster, it’s just a requirement for a supermajority.

It reminds of a remark one of my fav drag performers, Bob the Drag Queen, made recently (though on another topic:)

“It’s not even that they want to win; they just want to make sure you lose.”

“It’s not even that they want to win; they just want to make sure you lose.”

Well, those people just need to go pull harder on their bootstraps! I mean, it’s just a pandemic, after all. It’s no excuse to live high on the hog on the backs of god-fearing job creators! /s

Don’t forget the old “moral hazard” Libertarian talking point, which is basically Manchin’s position in this case. Can’t be handing out too much help to those he sees as “lazy moochers” (i.e. his constituents).

Even if the Dem establishment had the backbone to impose some party discipline on these members, they wouldn’t because the Third Way position isn’t that far removed from Manchin’s. 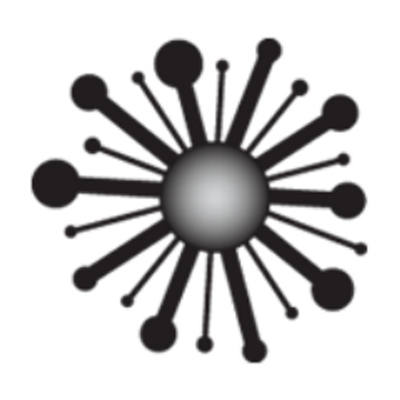 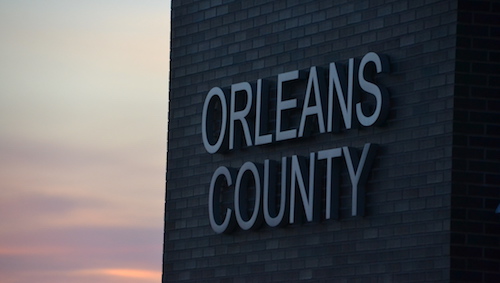 This may not seem like much at first but over 400 million dollars are going to be poured into NY’s reddest district outside of Staten Island. They did not skimp out on giving money out to even heavily pro-Trump districts. One hell of a ballsy play by the dems.

Don’t forget the old “moral hazard” Libertarian talking point, which is basically Manchin’s position in this case. Can’t be handing out too much help to those he sees as “lazy moochers” (i.e. his constituents).

Isn’t it true though? For instance, once people decide the government should do something to provide help in the face of a pandemic, won’t it be more likely for them to start thinking it should provide help with other diseases like every other developed country?

It is true on a larger scale. I’m sure the GOP moneyCon and neoCon establishment’s over-riding goal has been to prevent the pandemic response from making the case for socialised medicine and/or a UBI.

On a small scale, though, Manchin is just baselessly insulting the people who voted for him.

Oh, one thing that is quickly forgotten: this is also such a Big Fucking Deal because it got through fast, and almost entirely what Biden and Sanders wanted. Sure, the minimum wage thing stings, but except for some kabuki from Manchin and Sinema it actually went through pretty smoothly! I mean, really, when was the last time something this big got through so, well, efficiently?

The question is: how do we get a majority in the Senate that keeps us from being beholden to the most conservative Democrats.

End the filibuster or weaken it, pass H.R.1 to stop voter suppression and gerrymandering (less of an issue in the Senate), pass popular legislation that directly helps people, force votes on issues that force the facist QOPs to out themselves and break away the “pro-business” QOP. 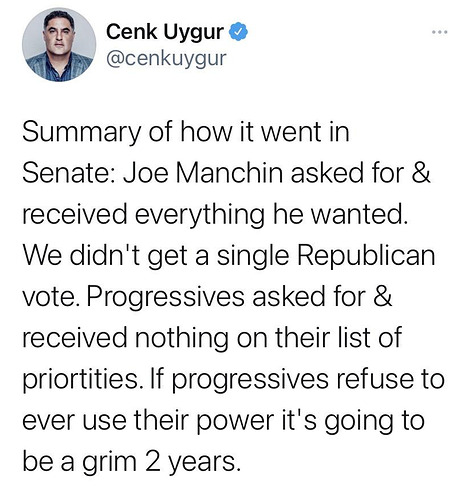 do recall that her political roots are in the green party whose focus since the late 90s has been in “triggering the democrats” rather than anything positive, similar to another political party i know of. it’s no surprise she couldn’t help herself here when the opportunity presented.