WooooBoy! Now we have a real Republican Civil War under way, in the impeachment trial for all to see! The GOP may crack in half right here before our very eyes.

House impeachment managers called for testimony from a House Republican who provided new information about Donald Trump's activity on Jan. 6.

Specifically Rep Jaime Herrera Beutler (R-Wash) has agreed to testify on the conversation between Rep McCarthy and Trump while the attack was going on. As you may have read McCarthy called trump desperate for him to call off the attack. Trump mocked him, and demonstrated his contempt and vindictiveness towards the dangers he had put his colleagues in. This all but completely undermines the defense attorney’s arguments.

just a little bit of Karma.

Off to the races.

Perhaps it ain’t over yet.
I am… agog. 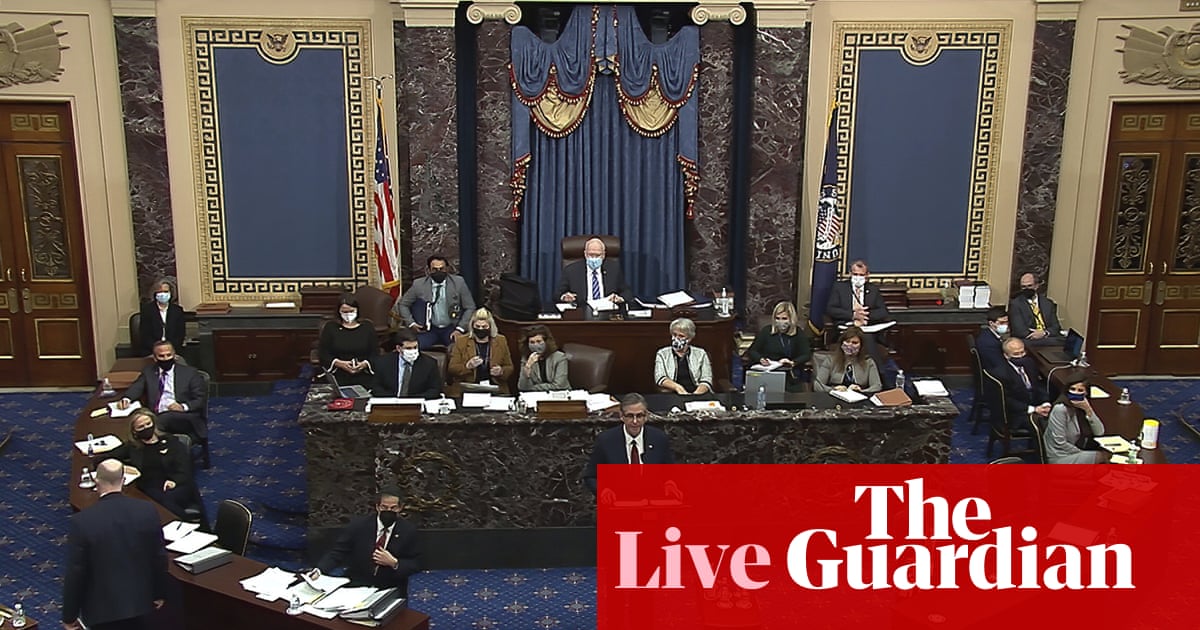 Four Senate Republicans joined Democrats in the vote; Lindsay Graham changed his vote after it was clear the motion would pass

The Senate remains in a quorum call as leaders speak to the clerks at the dais.

It’s important to note that Lindsey Graham ’s change in vote in the motion to call witnesses does not imply that he’s changed his mind regarding the verdict.

The South Carolina senator, who has met with Trump’s defense team to discuss strategy and plan out the closing argument, has appeared on Fox News in recent days threatening to call the likes of Hillary Clinton , Nancy Pelosi , Kamala Harris and Muriel Bowser in retaliation.

Sources close to president Trump are floored by what just happened. Stunned/Stupefied/Total panic over who steps up to help the team because the lawyers left were only sticking together because they thought it was over today. Now - complete panic- per @Santucci @KFaulders
5 Likes
ficuswhisperer February 13, 2021, 5:58pm #4

No witnesses will be called. This is a fucking disgrace. Senate Dems had a golden opportunity here and blew it. This was a chance to get McCarthy, Herrera, Lee, and Tuberville, and others under oath.

Trump’s lawyers opened the doors wide open by continuing to scream about hearsay and due process - and here was the perfect calling of their bluff and the Dems blew it. Schumer should step down - he’s fucking worthless.

I am beyond angry right now.

Well, this is what happens when House Democratic leadership and Senate GOP leadership are on the same page re: moving quickly to complete a knowingly inadequate trial rather than uncovering all the truth for America. Glad to see bipartisanship put to such dismal, unpatriotic use.

(PS) The calling of witnesses was so beneficial to the House managers in a case they were about to lose that they could only have retreated from their position in the face of pressure from House Democratic leadership and/or Senate Democratic leadership. This is all so appalling.
8 Likes
milliefink February 13, 2021, 6:04pm #5

The Guardian’s live thingie just pointed this out:

Democrats will likely be criticized for reversing their decision so quickly, although it would allow them to quickly move forward with Joe Biden’s coronavirus relief package. If the impeachment trial dragged on for weeks as witnesses were deposed, it could grind the whole Senate to a halt.

Not that that’s a great reason to throw away the, um, Trump card of calling witnesses.

And we now know how the vote will go, not that there was much in the way of doubt:

McConnell reveals he will vote to acquit Trump

His announcement ends a long period of silence over whether he would consider convicting Trump.

If the impeachment trial dragged on for weeks as witnesses were deposed, it could grind the whole Senate to a halt.

So they adjourn the trial to allow time for the House impeachment managers to gather witnesses and do other things while that’s happening? Or work out a split schedule like they did during the first trial. Or, I dunno, something? Simply saying ¯\_(ツ)_/¯ and moving on under pressure is just cowardly. There’s no reason to rush to a conclusion. If the roles were reversed and it was a D president and R majority you just know McConnell would be throwing out everything he could.

I’m sick of hearing that the verdict is a foregone conclusion as justification for these concessions. It’s more important that people go on record and under oath to say exactly what happened. Even if Trump isn’t convicted these things should seriously hurt any future chances of running for office.

Democrats will likely be criticized for reversing their decision so quickly, although it would allow them to quickly move forward with Joe Biden’s coronavirus relief package.

Oh FFS the coronavirus relief package was a largely bipartisan issue to begin with. If the Democrats were going to give up this quickly they should have at least got something substantial out of the deal, like universal health care or the expulsion of certain toxic legislators from Congress.

I understand your rage, but do you really think that more evidence was going to change the outcome? There was already more than enough evidence to convict and zero evidence to acquit. More evidence just delays the outcome. Either GOP senators will vote to acquit or they won’t show up and give the Dems a supermajority by default.

And in terms of politics, it might be stronger long-term to let GOP senators vote to acquit and then bring forward the clear evidence of 45’s direct involvement to make them look even worse than they already do.

At this point it’s not even about the trial outcome it’s getting these people on the record and under oath. There’s no upside to giving an inch here as far as I’m concerned. You have to be ruthless against these fuckers.

And in terms of politics, it might be stronger long-term to let GOP senators vote to acquit and then bring forward the clear evidence of 45’s direct involvement to make them look even worse than they already do.

Maybe they should bring forth clear evidence of the senators and representatives who aided and abetted the insurrectionists and helped plan the whole thing instead.

What happened? I was gone for 3 hours, and everything is upside down when I come back.

GOP did what it usually does - band together even when they are wrong.

Dems did what they usually do - cave.

It’s over. Vote was 57 to 43, slightly more republicans voted guilty than expected, but not the required 2/3rds.

At least 7 showed some sort of spine here which was a surprise.

At least 7 showed some sort of spine here which was a surprise.

In almost two and a half centuries Trump is the first Present to have even ONE member of his own party vote in favor of conviction during the Senate trial. Even so, seven Republicans is a pathetically small number given the circumstances.

And this fucker McConnell with his “Trump was soooo guilty if only the House filed the right charges!” speech.

who voted to convict?

Former President Trump releases lengthy statement praising his acquittal saying in part, “Our historic, patriotic and beautiful movement to Make America Great Again has only just begun. ... There has never been anything like it!” https://t.co/0StvfXro1L