I’m sure you haven’t heard the last of him. After all, with his crimes, he’ll be hard-core unemployable in the private sector, so elected government remains the only option for him. Though maybe that pillow huckster guy will give him a job.

he’ll be hard-core unemployable in the private sector,

Except as a lobbyist or executive advisor.

I recently saw this video about him, and he is even a bigger douche canoe than I though.

FWIW, Steve Hofstetter is a pretty good comic as well.

Except as a lobbyist or executive advisor.

My bad… I was thinking that trying to smuggle a gun through a TSA checkpoint would be a felony, but of course it isn’t. USA! USA!

Possession of a Firearm at the Airport | Randall & Stump

Have you been charged with possession of a firearm at the airport? Call Randall & Stump, Criminal Defense Attorneys at (980) 237-4579 to schedule a free case consultation.

I’m almost certainly late to the game, but at 3:33 isn’t that a picture of Mel Gibson in the background — Madison’s hero?

he’ll be hard-core unemployable in the private sector 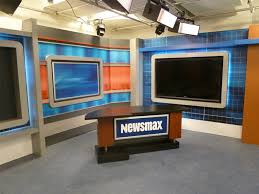 Let’s not forget, they haven’t replaced Cawthorn with anyone ‘better’ - only someone who is less of an obvious idiot.

effectively ending his career as a young neo-fascist politician.

Sure it will…
I expect non-stop whining from him until the end of his term, re: Cancel Culture, Being Stabbed in the Back [by his own party], etc.
Who knows… he might double down on the Sex & Drugs Revelations in the FDC. Let’s see if he gets back on FOX. If they snub him, then that might be it for him.

I thought Newt Gringrich was over with, but noooooo…, so Young Maddie may well slither back from this.

Seth Myers is good at presenting the information, especially during his A Closer Look segments but his comedy interjections are very hit and miss. The problem is when a bit goes on too long before he gets back on track, and if it’s a “miss” then that’s too long. I like how John Oliver does it, the comedy bits are very short and ridiculous, and then he’s back to the information. Colbert and Noah integrate the comedy better, too, it’s short and to the point, maybe a one-liner or an aside. Or maybe they’re just funnier.

There have been too many enslavers in congress for Cawthorn to make the top 10 worst congressmen. People that tortured other people to force them to work. And fought political fights to preserve their right to torture people.

Ok? I wasn’t ranking people. I forget, did they rank him in that video? If so, I imagine they were ranking current or recent congress people. Or just forgetting most everyone in the past was horrible in today’s standards.

He was close to revealing the location of the secret Republican House Candy Desk. 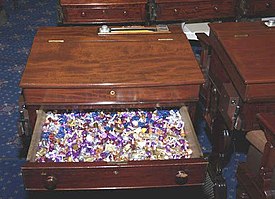 But now he can be Madison Cawthorn, Dark MAGA Edge Lord.