Shame on you, Murrieta, California

Immigration is a big issue, but this is an appalling way to treat children - utterly, utterly disgusting and saddening: 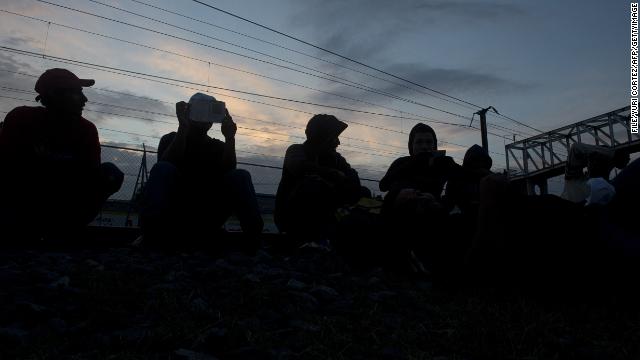 The tea party is involved in the protests.

Nice to see the local churches doing the types of thing they should do.

Quick quote (I’m not a churchgoer or believer) -

McQuillen’s group, a Quaker-based organization, questions how the country could spend trillions on war and not have the pennies on those dollars to spend to take care of children in dire need.

She said, “It’s a simple thing to begin to say, what’s important in this world?”

I’m currently reading with avid interest Bill Bryson’s “One Summer America 1927” - in which he goes into detail about the rise of eugenics in the early 20C in the USA.

“It’s about the American government, Democrat or Republican, getting off their lazy butts and passing a decent bill where we can screen our immigrants, make sure they’re not felons, diseased or whatever, and get a program set up to bring them into this country,” Vassar resident Jack Smith told WNEM.

I get that legally, these people can be deported - but in the meantime, the USA should treat them well.

The focus of my (budgetary limited) contributions to charity is on children in need - Water Aid, UNICEF, Shelter Box, Action for Children, the NSPCC - so this awfulness really, really riles me.

I recently got in a facebook debate (stupid idea, I know) with a cousin of mine who is firmly in the “not our problem, send 'em all away” camp. I pointed out that our shared not-too-distant ancestors came into the country under almost identical circumstances, but she kept countering with some “every time we offer aid or amnesty to an immigrant we steal food from the mouth of a starving American child” nonsense.

she kept countering with some “every time we offer aid or amnesty to an immigrant we steal food from the mouth of a starving American child” nonsense.

Too bad we can’t feed both. Is she against food stamps and other welfare programs?

Well, I mean come on - it’s not like immigrants have ever actually contributed to anything ever in the USA.

Edit: I missed out the /s

I’m not sure, but she’s always railing against those awful liberals and their socialist “universal healthcare” schemes. She does like to set up demonstrably false scenarios to bash the idea of immigration, like “if you could only help one, would you help a poor American child or a poor immigrant child??” as if that’s actually the choice we’re confronted with.

“if you could only help one, would you help a poor American child or a poor immigrant child??”

Yes, in practice I’ve noticed that most people who use that argument don’t really care about helping poor people in America either. It’s just a useful narrative to help goad those who have the least into scapegoating each other for their problems.

Can we send this “Why not both” kid back… somewhere?

For some reason I thought she was from a KFC commercial, but apparently she’s from an Old El Paso commercial for a kit that has both hard and soft shell tacos. So at least she’ll have a choice of tacos to eat when you send her back where she comes from…you monster.

I love these kind of disingenuous questions; like the old court room trick;

“Isn’t it possible that X picked up and fired that gun at Y?” To which the answer can in fact be “No, in my opinion it is impossible that X did that.”
“But you admit that it is within the realm of possibility that X could have…”
“No.”

The subtext of course being;
“Look bub, I’m asking you a loaded question and I will only accept one answer.”

This topic was automatically closed after 948 days. New replies are no longer allowed.