If liberals had claimed prior to the election that a Trump administration would enact such a monstrous policy they almost certainly would’ve been accused of hyperbole and fear mongering.

Isn’t that always the case?

What the actual fuck??? I’m a cynic, but this goes above and beyond my (shitty) expectations.

The acceleration of this administration’s fascist activity continues to surprise me. It’s the most unnerving thing since my senior high school newspaper class on Sep 12, 2001, when I contradicted a visiting reporter from The Oregonian.

I tried to assert no one starts a war because they hate another country’s “freedoms,” that it was much more likely decades of aggressive, militaristic foreign policy and economic exploitation were responsible for the hijackings.

It should go without saying I was not one of the popular kids at Sherwood High.

GOP 2016, Trump isn’t so bad. Its not like he wants to lock people up in concentration camps

GOP in 2018. Calling them concentration camps is a little harsh.

GOP in 2018. Calling them concentration camps is a little harsh.

I believe the current party line is “they’re just like summer camps.”

If you are a child molester its like a smorgasboard

The allegations against the Southwest Key youth care worker are the latest in a series of serious accusations of sexual abuse inside the government’s immigrant youth shelters.

War Crime. Can’t we just admit that the US routinely perps war crimes? Never mind the hand-waving around congress declaring war, let the lawyers at the Hague sort that out.

Maybe they meant it was like one of those summer camps from an 80s horror movie.

I think the term here is “crimes against humanity” given that we do not currently have a war on (declared or otherwise) with Mexico or Central America.

And, according to an immigration lawyer on twitter, a child died due to ICE neglect. I’ve been fully expecting this to eventually happen, though I’m not entirely sure it’s true yet. ICE denied it, of course, which I would expect even if it were true. They were also very specific in their denial - stating that no child died in an ICE detention facility (though the story seemed to be suggesting that the child became ill in detention but died immediately after being released to his/her family), which didn’t make their denial more convincing. My question about the veracity of the story comes from the lawyer making the claim not actually representing the family, but simply supposedly knows a lawyer who is. It’s a little too much of a “friend-of-a-friend” story at this point; something could be getting lost/made up. Still…

If liberals had claimed prior to the election that a Trump administration would enact such a monstrous policy they almost certainly would’ve been accused of hyperbole and fear mongering.

Given that lesser claims - that Trump was racist, despite decades of obvious evidence - got that treatment, I have to say, yeah. All the people who huffily told me I was being absurd for calling Trump a fascist - I do wonder what they’re saying now.

At least in those films, the camp councilors get it too.

I haven’t yet gotten my head around the administration claiming that people are smuggling their own children into the country. Supporters of that claim are the same type of folks who have a fit if a parent in their neighborhood leaves a child unattended for ten minutes. It’s a no-win scenario - leave the child with relatives and the parents are accused of abandonment, bring them along and they are accused of smuggling. WTH. 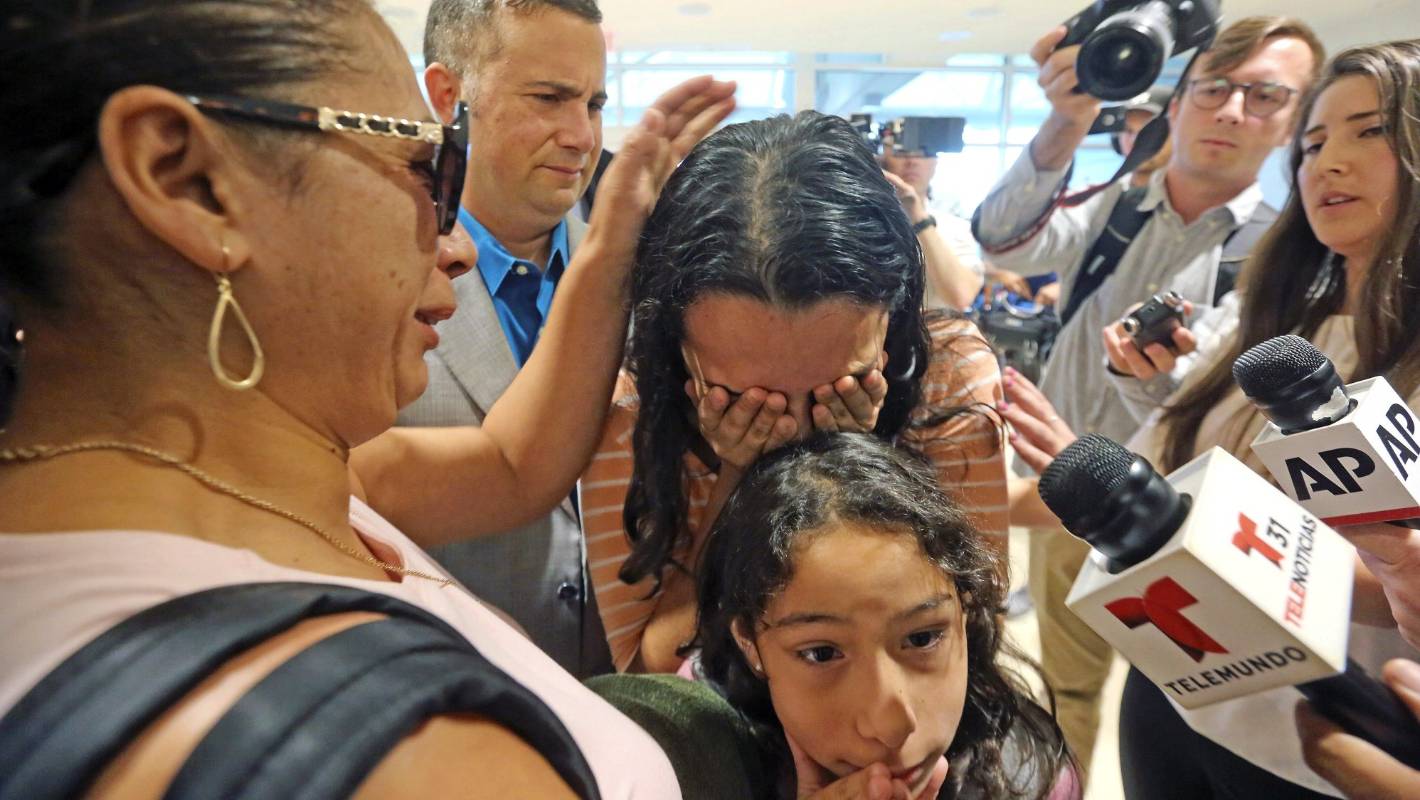 Daughter of former US Marine held back tears as long as she could before her family was split in two.

this country is scary, maybe it always was and just didn’t have a camera on it but somehow I doubt it was quite this evil with applause

Yep, Trump’s all about law and order.*

* Except as it relates to the office of the president, his businesses, his children, sexual harassment, emoluments, campaign finance, conspiracy, incitement, racism, bigotry, and civil liberties. But everywhere else, law and order for sure. He says we’re going to law and order those darkly complected, so-called “refugees” right to death and chuck their kids into for-profit prisons and… hey, is that thing still on…?

So I was right: They really do want those kids for something nefarious.

All the same people angry about Pizzagate are completely unconcerned about this. I want to punch so many people right now.