I, for one, am at least slightly tickled by the thought of a group of people indefinitely trapped at Disney

This is one of those times when we really need a take from Cory Doctorow.

That was my first thought - “oh no, what if they were forced to continuously ride It’s a Small World?”

As if PRC could not get any more dystopic.

If they force me to stay, do I have to pay?

What’s the fuss? Isn’t it the happiest place on earth or something? Or is that Finland?

That would be IKEA. Also good luck leaving the store.

I WANT TO GET OFF MR BONES WILD RIDE!

Disney's Grand Californian Hotel & Spa (also known as the Grand Californian) is a hotel located at the Disneyland Resort in Anaheim, California. The hotel was constructed as part of a major expansion of the Disneyland Resort in 2001. It was constructed and operated by The Walt Disney Company. The hotel was designed in the American Craftsman style of architecture. It also features a Disney Vacation Club wing that opened on September 23, 2009. The hotel has a private entrance to Disney California A...

(Kidding, of course. That place is so expensive most people would never be able to check in at all.) 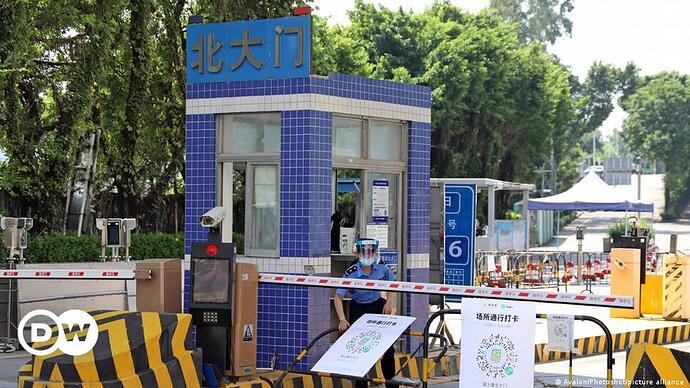 An exodus of workers from the world's largest iPhone factory has drawn new attention to China's draconian COVID policy and should be a "red flag" for Apple on the state of labor rights in the country, activists say.