SGreat write up. It really keeps the actual events in proper context by not white-washing [ha!] the motives of these “occupiers”.

One man’s freedom fighter is another man’s terrorist.

I’m still deeply disappointed that they got so much leeway in doing whatever they wanted with minimum repercussions. Must be great to be white in America.

I think they wanted to get Waco’ed for the publicity, and the government could afford to ignore a takeover of some shack in the woods to avoid that. (Plus the repercussions turned out fairly severe for the one guy… we’ll see about the others pending sentencing.)

Now that they present a clear and present danger (since at least one shot at a officer of the law) can they go in and mass arrest these terrorists (because they are terrorizing the Native American tribe by potentially desecrating their ancestral grounds) and send them to hard time prison?

The white privilege doesn’t end at the arrests. They were most likely able to keep their phones; won’t be surprised in a few days when we hear about how they were taken to Denny’s before processing and these guys actually doing time seems unlikely.

On the contrary, I think the FBI handled this very well. Waited them out, let the feel comfortable, and then on a day when all of the leaders left and were fairly far from innocent bystanders, they arrested them all at once with a single casualty. This against a movement that promised that they were willing to “kill and be killed” if necessary.

After the arrests, it sounds like they instituted an immediate shutdown of the area, and a brief media blackout, to prevent “patriots” from charging it to rescue their terrorist brothers.

We can decry the difference between the way these people were treated and they way they would have been treated if they were black or Muslim, but what are we really saying, that we wish white, black and Muslim people would all be killed in a Waco-style standoff? Or that we wish all people be afforded the same intelligent response that these people were, that led to a minimum loss of life?

As an added advantage, the extra time gave these idiots plenty of material to hang themselves by.

Bundy sort’a went down with a whimper.

“They’ll never take me alive,” has a way of becoming a self-fulfilling prophesy…

BTW: Start to finish it was over in 24 days, kind of says a lot about the Bundy’s [whatever] Revolution. Apparently the lack of snacks did them in.

This story about how he was allegedly killed on his knees with his hands up is really laying it on thick. I am the last person to argue that law enforcement has never shot anyone without good reason, but usually that’s when the world isn’t paying attention. If they wanted such a melodramatic end, then they could have had that much earlier. But you just know that for many people that will be the version that totally happened.

My knee-jerk reaction is, “What took the feds so long to go after these jokers with force?”. Your comment is a far more measured, reasoned, and intelligent response.

Michele Fiore, a Nevada Assemblywoman with ties to the terrorists, says that she understands that Finicum was cooperating with the police when he was killed, having heard it from Lisa Bundy 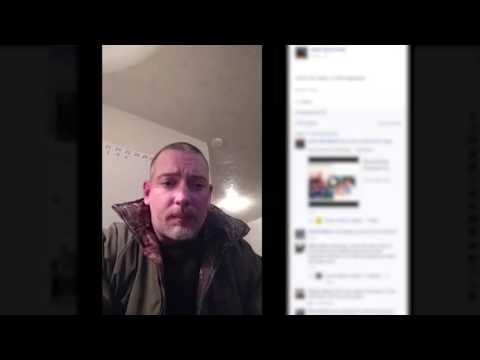 The driver of one of two vehicles carrying occupation leaders to John Day Tuesday recounts in a video how police stopped them and the circumstances of the fatal shooting.

Given that Fiore’s a pathological liar and Finicum said more than once that he’d die before surrendering, I’m inclined to doubt Fiore’s spin.

Or that we wish all people be afforded the same intelligent response that these people were, that led to a minimum loss of life?

I’m sure it sounds inhumane, but I really wouldn’t have minded more of these hicks getting killed, except for any inspiration it might lead to other idiots to try the same thing. Whereas I’d love to see a more rational response to civil rights protesters. Real protesters are fighting for actual rights such as human dignity and equality, not some conspiracy theory persecution complex cowboy apocalypse fantasy. And I’m a white male who has a lot of redneck relatives in the south who probably love the Bundys and what they stand for.

These people pretend to live by the gun. It’s not too much to expect that they might die by the gun. And it’s their choice to take that road.

I’m guessing that there will be dashcam footage…

I think the FBI handled this very well.

Agreed. No shooting & running over the family dog, no burning women and children. A HUGE improvement for our .gov when dealing with “separatists” (fair to lump them in under that? think so). Can we blame Obama for this change in our .gov too?

There sure as hell should be dashcam footage. The cops knew that this was going to be a media event before it started. There are going to be some people who will try to make a martyr out of Finicum no matter what evidence is presented, but video should limit that impulse to the extreme fringe

I’m guessing that there will be dashcam footage…

And I’m guessing that whatever it shows, Finicum will serve as a martyr – either “they shot him in cold blood when he was surrending!” or “he went down fighting, we need to be brave enough to do that too!”

Yeah there isn’t a win scenario for the officers either way on that one.

I really really want you to be wrong about this. I want to live in a world where people notice that the locals asked these asshats to piss off, consider that even other militias considered them to have gone too far, and we all collectively acknowledge that in this case the police were well within legal and moral guidelines