Sign this petition to replace Confederate memorial with manatee memorial

Screw moving the confederate monument to a museum. Melt it to slag then put a sign on it. Something along the lines of " this heap of slag was formerly a monument to the confederacy which sought to reframe the war between the states from a confederate attempt to continue human slavery to a “glorious” fight for freedom and states rights.

I mean … I don’t disagree with the sentiment.

But damnatio memoriae don’t change the past. It just makes it harder for the future to understand what the fuck happened to us.

Deliberately misleading propaganda memorials do that.

The Confederacy needs to be remembered in the same way as Nazi Germany, for the same reasons.

Can we please just affirm that Snooty was NOT pro-slavery first?

Snooty has always been an important part of my life, since my earliest memories, and his passing was a genuine tragedy in my world and that of my family and friends. My partner and I even took our Snooty stuffed animal to the top of Spencer Butte with a tiny cake to celebrate his birthday last year! 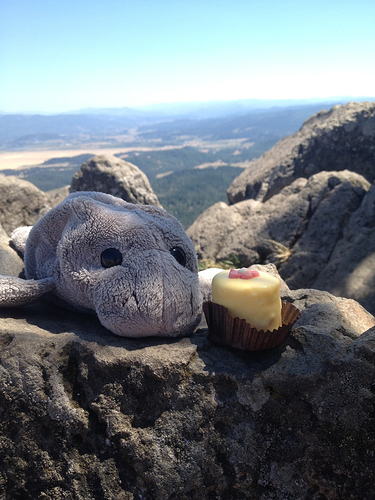 It would be the best thing I could imagine to memorialize this adorable symbol of peace and natural beauty, and have that memorial replace one representing people fighting for exclusion and dehumanization. The actual helpfulness of online petitions is debatable, but hopefully this one catches an important eye or two and gains some helpful momentum.

The sad fact is that if Snooty’s habitat had been taken care of Snooty would be alive today and maybe we would not be having this conversation.