Southwest plane evacuated after Samsung Note 7 catches fire. It was a recall replacement

Phones required to be turned off during flights or each user much keep them in a fire proof bag. I saw someone using one that I guess some RC hobbyist use when recharging batteries. I guess if they have a catastrophic failure, it burns up in the bag, not burning your house down.

If this checks out Samsung are knee deep in shit.

My fairphone has an easily accessible, removable battery. The US will never do anything about this, but the EU could easily mandate that all batteries be easy to remove and replace.

Samsung responded to the incident by saying, “Hehheh, oops!”

Samsung really got screwed by their battery supplier this time around. Oh wait a minute, Samsung builds batteries along with zillions of other things, don’t they? So their own battery division screwed over their phone division with poor quality control?

In that case, there’s only one solution: 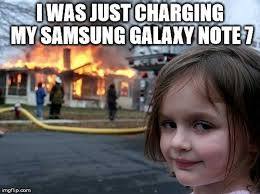 My fairphone has an easily accessible, removable battery.

Every phone has an easily accessible and removable/replaceable battery. It’s just a question of whether you need a tool to open the phone or not.

This is one of the only aspects of mobile technology where wireless carriers have made the world better, rather than worse – they demand that the phones they sell can be serviced by them, and phone makers obey. Even Apple, which has made every other idevice that they sell a glued together, essentially unrepairable box, continues to make their phones with screws so they can be taken apart and fixed.

One woman was kind of buzzing around a lot 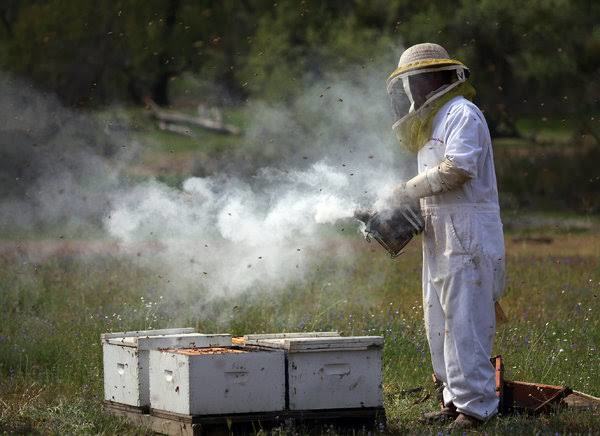 Prediction: Phones required to be turned off during flights or each user must keep them in a fire proof bag.

Only if a brown person of Islamic faith is caught trying to set a battery on fire. Then you’ll be required to put all batteries in a fireproof lockbox with special locks that can be opened by a TSA owned skeleton key. Onflight entertainment will be limited to paper books and magazines (as long as they aren’t in Arabic, of course).

After the recent issues with the Note 7, Samsung switched suppliers from their own division to a Chinese company… The same company Apple uses. That would be the battery that caught fire in this story.

Samsung switched suppliers from their own division to a Chinese company… The same company Apple uses. That would be the battery that caught fire in this story.

As best I can tell, every Chinese part supplier regards cheaping out on quality control as a normal part of everyday business.

Apple wrangles their suppliers very closely to prevent them from serving substandard parts. That’s why you seldom encounter stories of apple devices needing to be recalled. Other companies seem less willing or less able to perform the arm twisting/bullying needed to keep their suppliers from selling them crap and then looking innocent when caught doing it.

Does the Aircraft industry stock LiPo bags onboard. Maybe with some tongs inside to grab a flaming phone?

LiPo bags have been a standard for decades for RC hobbyists. 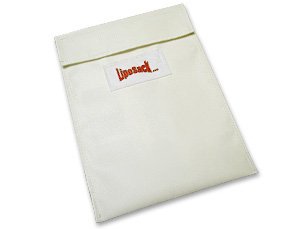 Use the LipoSack to give you peace of mind while you charge or store your lithium polymer batteries. The LipoSack is a high-tech bag made of a space-age, fire-retarding material. Put your lipo battery ...

Phones required to be turned off during flights or each user much keep them in a fire proof bag.

He claims it caught fire after he powered it off. Someone should sell a fireproof case for the Note 7. Possibly with an automatic sprinkler system.

If you need a tool, the battery is neither easily accessible nor easily replaceable.

I actually really like Samsung, but part of the reason I really like them is I can take the damn back cover off without needing to hunt around for a screwdriver. Since that’s no longer the case… well.

Not to worry, the genius of the marketplace will punish them and put them out of business since they sold a substandard product. It sure is a good thing there is no nasty government regulation in China getting in the way of protecting consumers.

Possibly with an automatic sprinkler system.

So that’s why it’s waterproof! Neat.

Every phone has an easily accessible and removable/replaceable battery. It’s just a question of whether you need a tool to open the phone or not.

Not the Samsung S7.

Possible? Sure. Easily accessible? I beg to differ.

My fairphone has an easily accessible, removable battery. The US will never do anything about this

huh? My galaxy note has an easily accessible and replaceable battery. I have to open the case to insert the SIM and the SD card and you can just pop the battery out from there.
Is it more than just apple that is all happy about not replacing the battery?