Call it a pump-and-dump scam without using the words ‘pump’ or ‘dump’.

… it wouldn’t happen to be around Carson CA, would it? :snickers:

If it has You Know Who’s name associated with it, rest assured it is a grift.

More canny investors than Empty-G got out as soon as they found out. One even seems to have been swayed by (gasp!) moral objections. 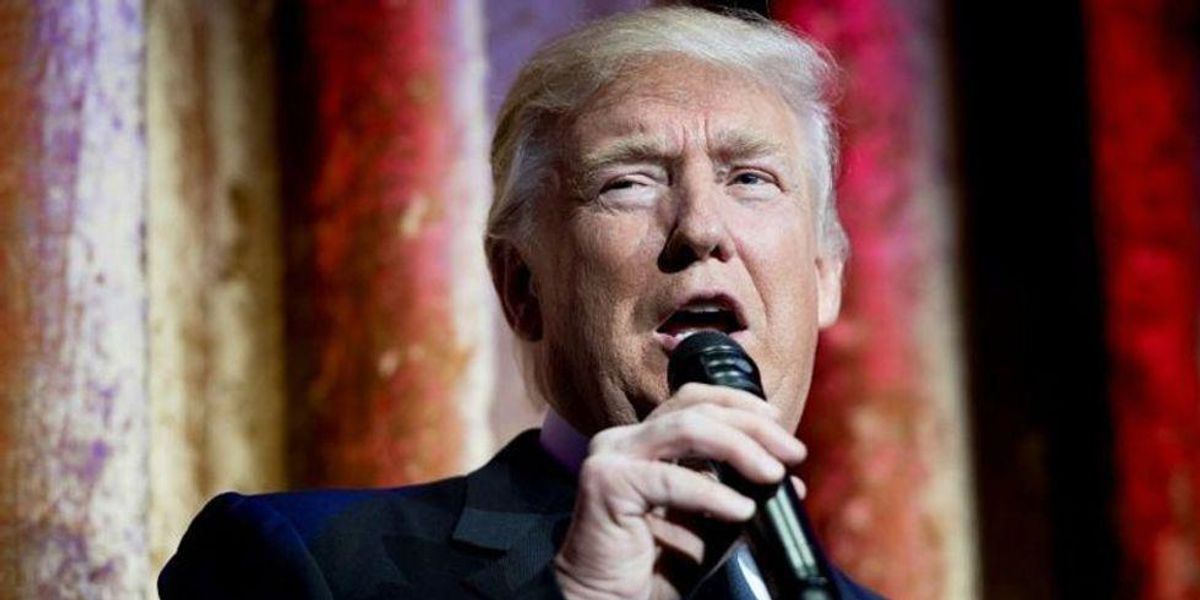 'Makes me want to throw up': Trump 'Truth' network investor is out now that...

The launch of Donald Trump's new social media company "TRUTH Social" has hit another bump in the road as some early key investors are pulling out after discovering he is one of the principals behind it which they were unaware of at the time they put...

Yep. “Little is known about the Trump venture.” I’d say the fact that it’s a ‘Trump venture’ tells you absolutely ALLLL you need to know.

For sure Trump will make money off this as everyone else loses.

For sure Trump will make money

Maybe not. Just because he’s good at losing other people’s money doesn’t mean he’s actually been particularly successful at making any himself. He owes almost every penny he owes to the inheritance he got from his dad, and he has less of that than he would if he’d invested it wisely instead of doing all these endless vanity projects. The “self-made Billionaire” image is a marketing myth.

Maybe, maybe not. This is someone who managed to run a casino resort into the ground.

I adblock its pics whenever they appear. /shudder

Can it really be this easy?

How can Trump resist pulling a pump-and-dump?

He will no doubt be “pumping”. His whole life is “pumping” his brand. For “dumping”, how can he (or his proxy) resist cashing out at a 1500% high? Imagine Jared in an orange jump suit-- the media could compare father/son mugshots: who wore it best?

(On the plus side, people who were upset with the arrangement, once they found out, divested immediately - and apparently were the only ones that saw a gain. )

It started out at $10 so the people who was in from the start still have a huge gain. Who cares if there ever will be a company that produces a profit, modern investment have gone beyond such trivialities. Trump’s company doesn’t even bother to produce a prospect with inflated numbers of how great they will become.

I can recommend Matt Levine’s newsletter where he tries (and usually fails) at making sense of meme stocks, NFT:s, crypto etc from a traditional economist’s perspective.

“For carrying-on an undertaking of great advantage but no-one to know what it is.”

There’s some possibly conspiratorial thinking that his news cycle machinations were something he, or those close to him (Jared et al), profited greatly from. “There Is Definite Hanky-Panky Going On”: The Fantastically Profitable Mystery of the Trump Chaos Trades | Vanity Fair
Harder to do on the same scale as when he was president, but lying to get a news story is possibly his greatest talent.

IPO watchers said the spike was highly unusual — especially because little is known about the Trump venture.

You know all you need to know. If your name is Trump, you will make money from it. If that isn’t your name, thanks for your donation!

If other data does not seem to help people reach obvious conclusions about the Former, maybe losing their life savings in one of his bad ideas will be educational.

Perhaps, but how many times are you allowed to repeat school before they give up on you?

The American right is a grand pyramid of suckers.

A scheming pyramid, even?

“For carrying-on an undertaking of great advantage but no-one to know what it is.”

Is that a direct quote from Extraordinary Popular Delusions and the Madness of Crowds?

Probably. The book does go into the 18th century South Sea bubble that gave rise to such prospectus statements.

In the before times (before TFG was elected), TFG was on the campaign trail, having a nazi rally. I believe he was in Ohio. He told everyone there not to sell their homes, don’t lose hope, trust him, there were going to be 6 new auto plants being built almost as soon as he was president.
No new auto plants were built, just a part of his 30,000 lies.
HRC had campaigned there after TFG did and advocated for job re-training. I don’t think they booed, but they weren’t very gracious.
After the Orange Blob was elected, the car factory promptly fell through the cracks. People had to sell their homes, either leaving town or moving in with parents. They felt abandoned, used and betrayed. They regretted that they had ignored the possibility of job training, and detested T**** (although I suspect a good many still voted for him in '20). Thus began the horror of the following 5 years…

Though, he’ll of course lie about his record on that, and some will still believe. Fact checks: Trump makes up claims about new auto plants in Ohio, elsewhere