Nothing the driver does here redounds to his ‘credit.’ The most grating was pulling out the ‘you’re picking on me because I’m a foreigner’ routine. A bit of little emperor syndrome here.

Do you even drive, bro?

Well, the cop and kid do know that they’re on camera – national TV – so I don’t think that this video necessarily indicates what’s typical. Heisenberg, and all that. 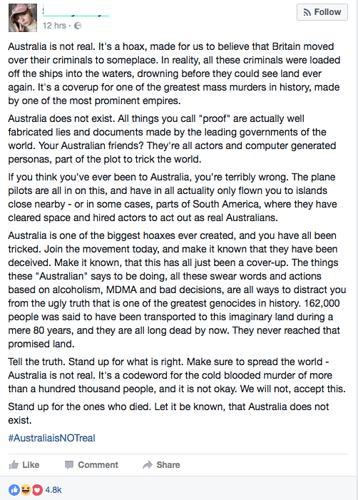 Well, that’s the US, for you. Here in Australia, we’re much more civilized

If they exited the vehicle or even failed to keep their hands on the wheel/visible at all times they would encounter the business end of numerous small arms.

I am an Australian who worked and lived in China for 2 and a half years. I was in a taxi once in the city of Hefei when the driver was pulled over by police for not having a valid registration on his vehicle. The driver was handcuffed and taken away immediately. I was left to find another taxi to get me to my destination.
This Chinese student knows what the consequences for his actions (inactions?) are. He had to pass a test to get his Australian driver’s licence and he DEFINITELY knows what the penalties are in his own country and they are far worse than fines. . He was just doing the usual “Oh, please give me chance. I stupid foreigner. No unnerstand” Bullshit.

Thank you. I was going to go find that!

When I got my learner’s permit (too many years ago now) there were five questions on the test that we had to get right. Getting any of them wrong meant an automatic fail.

One of those questions was, “How long do you have to notify [whatever the govt department was called then] of a change of address?” Things might have changed a bit since then, but not that much.

Then again, this guy still hasn’t figured Google out.

That’s because Australia’s not awash with trigger happy gun nuts.

People with boats have a joke they like to share: “A boat is a hole that you throw money into.” We hear the joke and all have a laugh. A boat is fine for rich folks, we say, but they’re not for a normal citizen with a normal income. Then everyone buys a car.

A car is a hole that you throw money into. 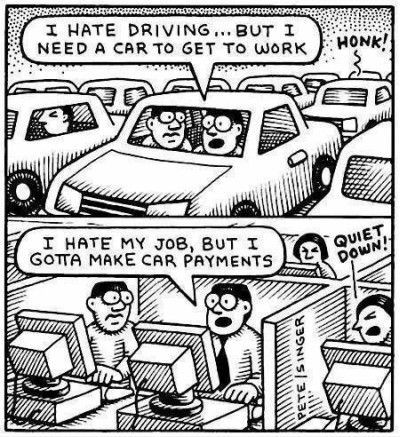 Shhh… @Mister44 will hear you!

Doesn’t have to be. Buy a cheap car, spend more money on Boba Fett collectables.

There was a “making a point” case quite a few years ago now on the 401, as it happens. Three truckers in tractor trailers lined up side by side and drove at exactly the speed limit. They were fined for obstructing traffic. Which was pretty much the point they were trying to make, though I’m not sure what came out of their making said point.

buying it is the cheap part. getting shook-down by the oil cartels, the insurance mafia (on a schedule), and one’s government (scheduled and, as in this case, arbitrarily.) Then there’s maintenance and collisions.

He’s not wrong. I mean all those animals like koalas, kangaroos, platypuses and drop-bears are just a dead giveaway. You’d need your head read if you ever thought those were real.

It’s hilarious because the metric system is so weird. I’m pretty sure only 2 or 3 backward countries in the world use it.