Huh! I wonder how fast they can make it run…

Does it require a subscription and an always-on internet connection?

Every post title related to this company should be “here’s the latest nightmare fuel from Boston Dynamics.” Terminator was supposed to be a cautionary tale, not a goalpost.

Japan makes amazing robots, they just don’t appear in the mainstream media. FANUC, Yaskawa, Mitsubishi and many others are Japanese companies. Right now many of the state-of-art robot servodrives are also Japanese.

FANUC, Yaskawa, Mitsubishi and many others are Japanese companies. Right now many of the state-of-art robot servodrives are also Japanese.

True, for factory automation robotics, the Japanese lead the world. For other robots not so much.

I am equally thrilled and horrified by this.

I’m equally disappointed and glad that Google dropped Boston Dynamics. They reportedly wanted them to change their research into something more marketable and to bring a product to market ASAP, which is incredibly short sighted because these guys have been doing incredible research in robotics for the past 10 years or so. Happy that they rebelled against Google’s directive and were able to break away and from what i can tell they’re now owned by a tech/telecommunications firm that does most of its business in Japan (SoftBank) which gives me confidence that they’d understand better what Boston Dynamics is trying to achieve. 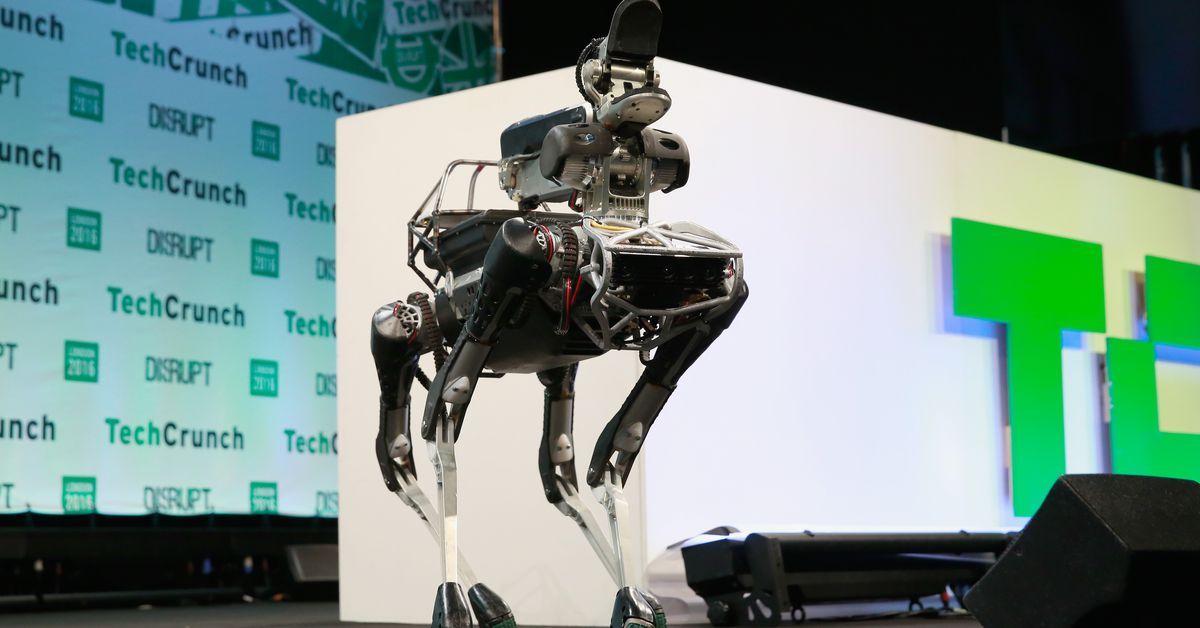 Google-owner Alphabet Inc. has agreed to sell robotics firm Boston Dynamics to SoftBank, the Japanese telecommunications and technology company. Terms of the deal remain undisclosed, but news of...

Boston Dynamics is morally required to produce a ridable tauntaun for the people.

True, for factory automation robotics, the Japanese lead the world. For other robots not so much.

I think that it’s because there’s not much of a market for autonomous walking robots yet. Once prices go down, there will be a lot of cool applications (like powered exoskeletons for paraplegics), but right now it’s still too expensive. Battery energy storage to weight ratio also has to improve.
On the other hand industrial robots are manufactured in ridiculous amounts ( I have one industrial robot arm in my workshop

), and since they share a lot of parts with CNC machines, the cost goes down even more.

(SoftBank) which gives me confidence that they’d understand better what Boston Dynamics is trying to achieve.

Masayoshi Son of SoftBank is known for being willing to bet on technology long shots.

Actually now that I think about it, I wouldn’t be entirely surprised if some Japanese designers weren’t part of the SpotMini case design. Its a big change of aesthetics from previous BD robots.

I thought so too, it looks very sleek which is very unlike the previous prototypes by BD. I presume they have been more concerned with functional iterations over polish, but being owned by SoftBank likely gives them a pool of talent that is willing to do the aesthetics for/with them. Which i think is a big benefit to them and being able to properly present and sell their vision.

Come to think of it, they originally were developing prototypes with the intention to sell their tech platforms to the military, which might excuse the chunky rough look they’ve been going for in the past. With the direction of SoftBank i think they’re likely trying to polish up their platform to make it more appealing beyond military application.

Either way i’m excited over the direction they’re going. I’ve been following BD for a while

One of the reasons Alphabet sold Boston Dynamics that isn’t mentioned in that article is that BD has largely been a military contractor and when Google was restructured (into Alphabet and its subsidiaries) a general rule was made against military contracts.

Robots are steal’n our jerbs!

I would say that’s on Google because that’s the background that BD had years before any relationship they had with Google so it wasn’t a new development. To me it seemed they bought them up just because they could, and thought they could bully them into assimilating into their fold and get their top talent.

Actually now that I think about it, I wouldn’t be entirely surprised if some Japanese designers weren’t part of the SpotMini case design. Its a big change of aesthetics from previous BD robots.

I was thinking it looked like the sort of thing that would be attached to some prestigious European designer. (I reckon there might be some designers willing to pony up major funds just to be associated with something so prominent.)

Does SpotMini have a sonic weapon attached to it?