I think that’s the plotline of the entire movie…

Oh, shoot! I thought this was the official poster. 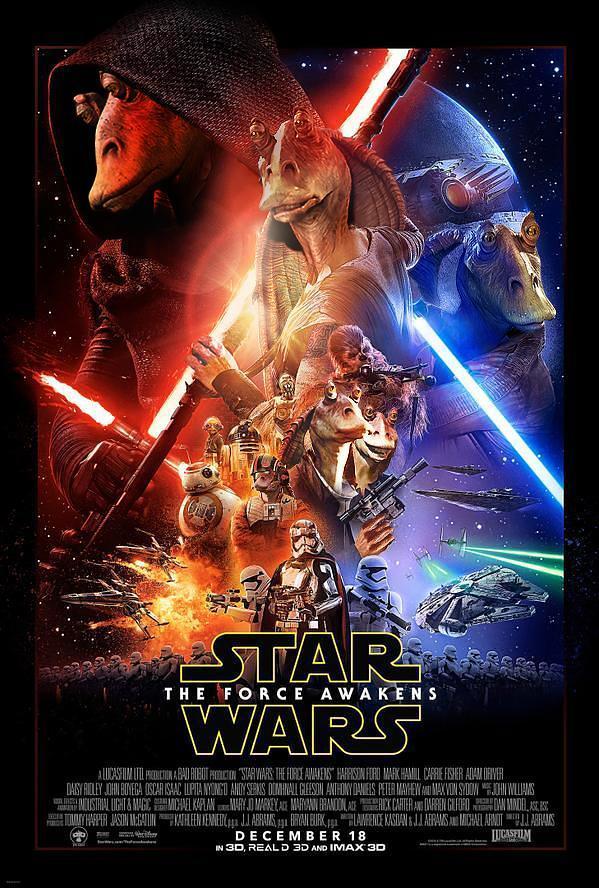 Ah, thanks. Haven’t been really following the details…

My exact thought. For a second I thought he might be in the fighter pilot’s uniform, but unless he’s a stormtrooper he ain’t there.

I would so totally go see this version! 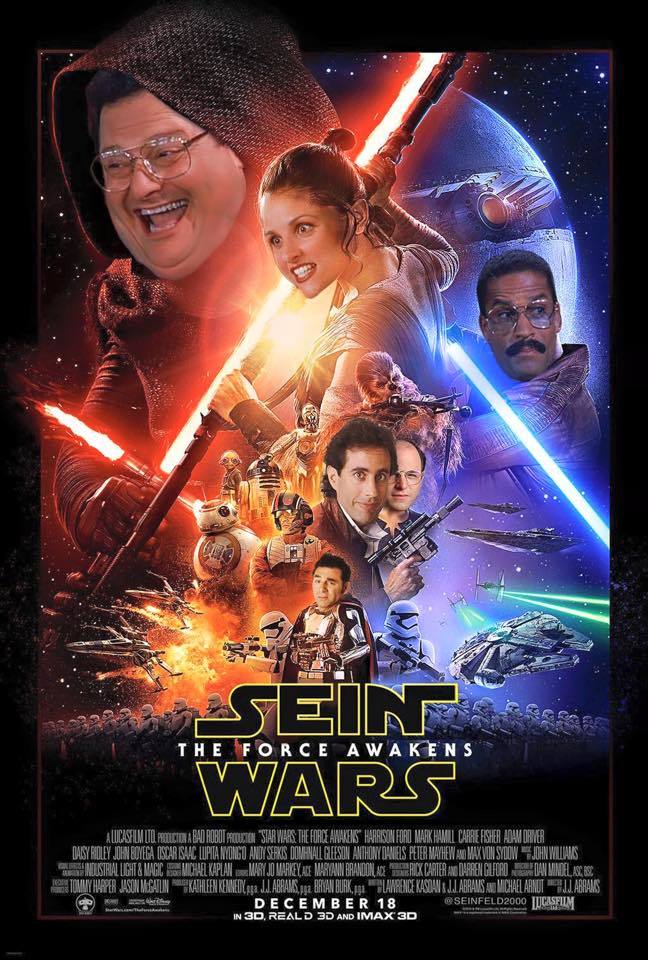 Jedi Masters of Their Domains . . . though I would have shoehorned in Larry David as Chewie.

[quote=“beschizza, post:1, topic:67752”]The movie’s release is about two months out, and this is the one we’ll be seeing everywhere until then.[/quote]I am pleased that the hype so far has not quite been so pervasively suffocating as I anticipated. Or maybe I’ve just gotten better at not paying attention.

Or maybe I’ve just gotten better at not paying attention.

That happens as you get older.

Top left with the metal mask? So, he’s gone evil?

That’s the guy from Girls, I think.

These posters are kinda meh. Time for something different? Kinda suggest not much of a role for Oscar Isaac, too.

Though the dollars spent is surely higher, the marketing is not quite as pervasive as prequel trilogy, true. It’s more focused on advertising and actually-desirable merchandise. Prequel trilogy merch was amazing: any and every form of tat imaginable. Garbage books in particular, with millions hitting the remainder bins before Amazon became the big remainder bin in the sky for crap merch.

Thank you for triggering my PTSD.

Is this for realz? 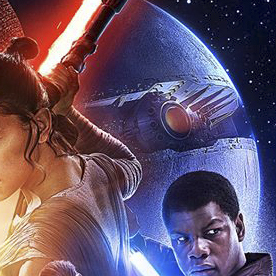 In a leaked script, that’s actually just a sort of laser disco ball. The Sith have evolved into doing this dance/fight technique. Sort of like the Shark vs Jets. So just imagine lots of light saber whirling around and some wub wub wub dubstep.

For when Donald Trump sex toys are not depraved enough…