NOW THIS is POD RACING

This is almost enough to make me want to get a bike. And that’s saying something.

I really hate 3/4 helmets and I really do not need another helmet around here (or I have to get rid of some older ones that shouldn’t be worn any more) – but this is tempting me GREATLY.

Almost enough to make me consider putting the safety of my head in HJC’s hands, but not quite.

Ping me when Arai starts making them.

Too bad I don’t ride and NEED it, and $600 is a lot for something that isn’t a full costume kit…

Still - want to know my address? I’ll let anyone send it to me

Only for the hardcore: 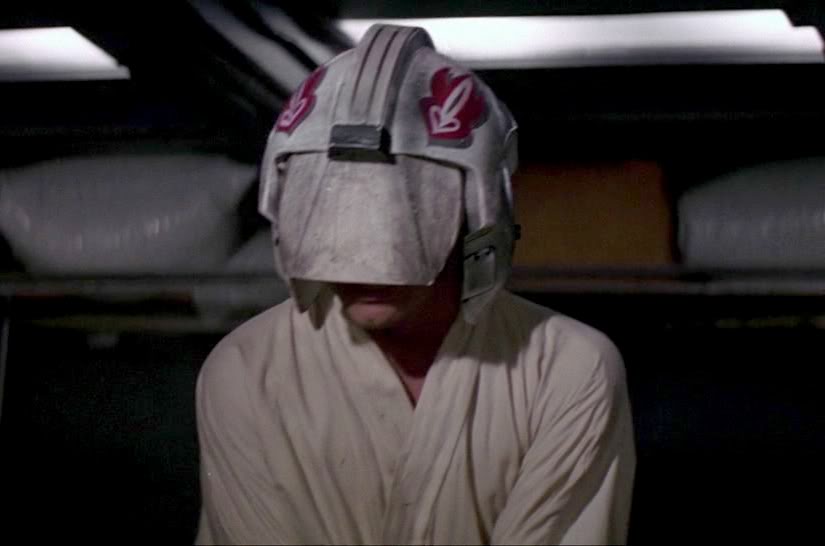 In the interest of not wanting to get banned, it’s probably best for everyone if we just pretend this never happened.

Amazon could well have targeted you at $600 and me at $200 based on some targeting algorithm. It is coming. Sometimes runs on a product will alter the price on Amazon too, not that I think a post on BB suddenly equipped the Lucas Valley Hell’s Angels as Red Squadron.

I’m not into Star Wars cosplay type stuff and my ¥30,000 Kabuto full helmet is doing fine as is.

Just doing a search, a Fox brand youth helmet for $200, but not that brand and size.

I’m not into Star Wars cosplay type stuff and my ¥30,000 Kabuto full helmet is doing fine as is.

I am still wearing my Bell Bullit. It is around 4 years old and I was just discussing with a friend that I’d likely replace it with another Bullit. Not the quietest helmet but I very much like open it feels, even when closed. I have more modern styled helmets and it can be nice to have transistions lenses and quiet music playing that i can hear – but I just like the Bullit.

Safety wise, they are pretty much same-same as far as I know. Cheap helmets are as effective at protecting your noggin as an expensive one. The “If you have a $100 head, wear a hundred dollar helmet” this seems not really true and that the expensive-ness of helmets comes from fancy tech and comfort – but it doesn’t help the helmet take more of a hit for you?

The Bobafett lid is a bit under $600 which is the one @Mister44 would want and that is actually bit pricey for an HJC lid.