There’s no possible way that “misteaks” was a mistake, is there?

Siding with pseudo-beef in a real beef. The irony is delicious!

It’s certainly a strange feud. Why not i suppose… maybe they should send Tyson some free frozen steaks to put on all those burns

His move, as always… 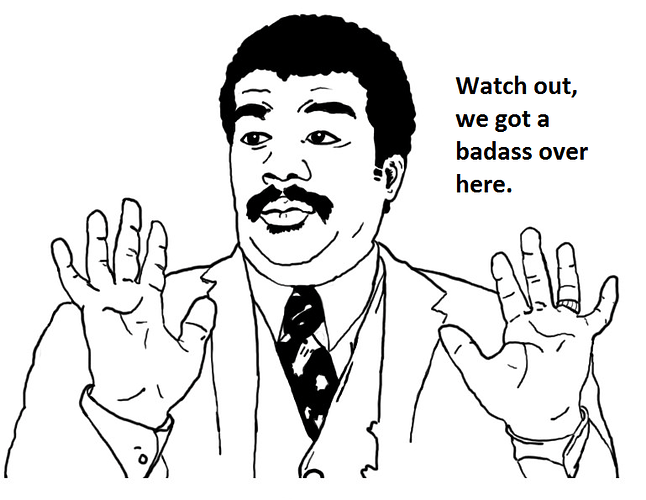 Tyson’s post: “The good thing about Science is that it’s true, whether or not you believe in it.”

You could replace the capital-S “Science” with “Christianity”, “Qanon”, or “Trickle Down Economics” and that statement would not gain or lose any validity.

Steak Umms is right. Tyson has moved from educator past communicator to entertainer/influencer. His Twitter is probably run by a marketing intern.

Two options: He can ignore it.

Or he can say “Sir, this is Wendy’s” while posting a picture of him eating a Wendy’s hamburger.

And now everyone is talking about Neil and Steak-uumms - mission accomplished, social media manager. I wouldn’t be surprised this was planned.

Maybe it’s just that they think he’s related to another famous Tyson: 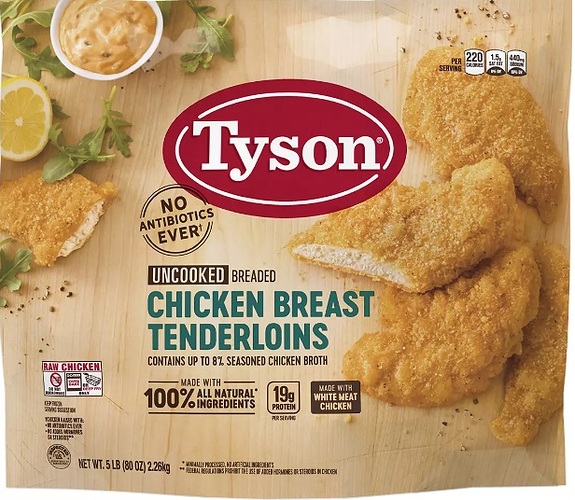 Sociall media is truly a blessing upon us all.

Am I allowed to apply a blanket flag to an OP and thread for being anti-science?

You could replace the capital-S “Science” with “Christianity”, “Qanon”, or “Trickle Down Economics” and that statement would not gain or lose any validity.

Yeah, but you could replace it with “the objective truth toward which science inexorably moves us” and then it would be both valid and salient.

I do find the framing of science as a badge of identity chilling, and pop-science figures like Tyson are guilty of indulging those who think that way, but I wouldn’t say he is one of them (though that capital S is a cause for concern).

Anyway this “feud” just makes me wish a bouquet of poxes on all involved. I seems like when you enter Twitter in 2021, you leave whatever part of you is still human at the door.

nope. science itself isn’t “true” it’s a constantly refining process used to uncover truths based in material reality and that process is still full of misteaks. neil just posts ridiculous sound bites like this for clout and he has no respect for epistemology

This is spot on. I’m with Steak-umm in this fight. I don’t even know what a Steak-umm is!

Weeeelll, yeah I guess. You can certainly change any of those belief systems out for any of the other ones and get a coherent statement. And Science as a belief system is sort of a weird juxtaposition with actual science as a methodology to explore the universe designed to minimize bias from belief systems. BUT you really gotta take somethings on faith sometimes, don’t cha? I mean, is there really still a world outside? Maybe that view out the window is just a display and all that exists is this room. Sure you could go test it out empirically but it could go away at any point. You have to work on assumptions and beliefs, such as outside is going to be there when you go. Likewise if people doing actual science had to validate every fucking
“fact” and theory themselves before you get on to new stuff, you would never learn anything new. So having Science there to base your beliefs on is a lot better then basing your beliefs on some book some dude(s) wrote. Yeah you still get your info from a book someone wrote, but the science book has people behind it who DID check, and a verifiable method behind it that you COULD check up on if you have reason to doubt it.

Funnily enough, the very fact of science’s willingness to be wrong and corrected is exactly why it is a better belief system.

I’m gonna go out on a limb and say Neil DeGrasse Tyson, while imperfect, has still done considerably more to advance society’s understanding of science than Steak-umm.

Like the time he dismissed a scene from an iconic Canadian (not his nationality) childhood tale that’s explicitly about Canada’s dual identity and dismissed it as “a reminder that Canadians love hockey.” It was a stunning dismissal of the subject at hand, Arts, and even sport, not to mention someone else’s culture. The last I could forgive, were the whole thing a satire on cultural appropriation (which, honestly doesn’t work coming from an American) but it wasn’t.

And I seem to recall a recent incident where geologists were the ones saying “stick to physics” when he (dismissively) got some basic things wrong about geology and refused to accept their attempts to correct him. Even by his own definition of science, he had that one by the wrong end.

(Edited to fix a hurriedly autocompleted word while trying to deal with crippling back pain (as in literally crippling because I cannot properly move or walk)).