I can’t speak for everyone here of course, but for me I don’t care about the juicy tabloid story that this is. I care because there could be real world consequences for some of the tRump cartel. Not a slam-dunk of the head shit bag, but its something.
Also, to your offered perspective: it is possible for some observers to care about more than one thing at a time.

You know when you fuck up real bad and then you try to hide the fuck up but just keep fucking up more?

and when she takes him dowm we’ll all raise a glass of Dark and Storly Daniels:

That’s a waste of good liquor.

Keep the rum, keep the ginger beer, take the cheeto out, set it on a napkin to be served alongside the drink.

Have the patron pound the drink, and then when they are finished, slam the glass down on the cheeto, crushing it to dust.

Charge an extra buck for the additional clean-up.

That happens to be the name of my band. Whom shall I sue?

Why didn’t NYT link the complaint filing? It is here.

Trump has every other thing just roll off him like he is Teflon, but she just continues to kick his ass.

I think she and her legal team should be the ones looking into the Russia connection. Then we would get answers!

but yeah, focus on the prostitute,

That said, adult film actors are not prostitutes. There’s a huge difference between being an actor who contracts to act in a film in which they have sex with other actors on set with a film crew watching and recording it all… and selling sexual services to anyone who offers to pay you for access to your body, with nobody watching and nothing being recorded.

A new lawsuit filed for Stormy Daniels by her scene-stealing lawyer Michael Avenatti shows text messages between Trump lawyer Michael Cohen and Keith M. Davidson, Stormy’s ex-lawyer, in which Cohen and Davidson discuss what amounts to a plot to silence the story of Stormy’s affair with Donald J. Trump.

Trump currently occupies the office of President of the United States.

Eh, we’re all adults here (but not all Americans); we can care about numerous things at once.

And while I’m not a lawyer, Giuliani’s burblings about Trump being able to self-pardon himself seem like the kind of stuff the actualy judiciary takes one look at and says “Yeah, how about no. You can’t do that, case closed, don’t try to bring it up again.”

In any case, his federal pardons power would do jack squat with state charges, and it looks very much like if the federal investigation is somehow derailed and stymied, the findings end up in the hands of a number of state AGs who will be salivating at the thought of going after Trump and his crowd of cronies, sycophants and parasites.

Trump cheats on Melania multiple times, but blames the media for embarrassing her.

perspective: this president just declared himself a king and able to pardon himself or anyone else for any crimes committed to get himself elected in the first place

You’re elevating him. Your fear has made him seem super human, at least that’s how you’re speaking of him, like his declarations hold water. Like there is ever a just AND instant solution. Nope. No on this planet.

but yeah, focus on the prostitute

I’m sorry, what did you call her? We could argue semantics, but I’m pretty content to watch as your sanctimony burns out. Keep going! Good show!

Aside from both of them involving sex, they are completely and utterly not comparable.

Thank you for this. I hope that popular opinion eventually comes around on how inhumane prostitution laws are.

Also, I love how Cohen can’t even conspire properly. Davidson has to tell him to stop texting and call him.

Remember I’m not giving you this money to get your client to make a deal. (This is true)

I read an article about this a while ago: about Cohen and Davidson having made multiple settlements together, about how when Davidson had a client who had a complaint instead of going to the person the complaint was against they went directly to Cohen who then offered to represent the defendant.

I definitely think this invalidates the NDA contract.

I think Trump could, in theory, wriggle out of this just fine by simply saying they had no idea that Cohen was doing this. They’re not exactly good at sticking to a story, though. And as for Cohen? This is catastrophic. Unless he was going to prison for the rest of his life anyway, which he may well have been. In that case it’s another drop in the bucket.

this was, in part, my point, NO ONE CARES ABOUT THE PROSTITUTE

I don’t care about what two consenting people do as long as they are adults and they are truly consenting, not coerced by poverty, etc. and no-one else gets dragged into their bullsh*t unwillingly (ie. drug addicts who steal from neighbors, friends, family, etc. is unacceptable, drinking and driving, etc.)

but you can’t have it both ways, to say sex work is nothing wrong yet make a big deal about this like something remotely useful is going to come from it other than helping distract the country from real issues

what the hell are you all rooting for? acting President Pence? Are y’all insane or just incredibly ignorant? Because HE would get re-elected as a “sane” choice and he is way way more dangerous than Trump. Have you seen his policies and beliefs? He’s already quietly doing backseat driving,. if Pence was given the steering wheel we are screwed through 2024

I just “pray” every day when I wake up there’s isn’t news of a supreme court judge passing away overnight or retiring over the next couple years because holy hell, we are going to get setup for decades of this nightmare if he gets to plant someone there

I still don’t see what the plan is to properly vote him out of office in 2020, every single person that voted for him the first time is going to vote for him again unless the democrats find some fresh young unmarred talent to inspire everyone and doesn’t have a past to be manipulated by the “news” media

I did enjoy the subtle shade in the writing. Very well executed.

but you can’t have it both ways, to say sex work is nothing wrong yet make a big deal about this like something remotely useful is going to come from it other than helping distract the country from real issues

I don’t think there is any having it both ways in this story. I’m totally fine with sex work and wish it was fully legalized and treated like any other work. That doesn’t mean there isn’t something to this story.

This is only very peripherally related to Trump’s sex life or Daniel’s decision to have sex with him. But the idea that lawyers who were ostensibly working against one another were actually colluding is tremendous, and if Trump was aware of this it might be very serious for him.

I totally agree, the US has a self-proclaimed (implicitly, anyway) king-for-life and the legislature is just going along with it. But what brings a person down isn’t always what you expect, and in a sane country lawyers colluding against their clients is a big story by itself.

I somehow, cynically, feel like this is in our future 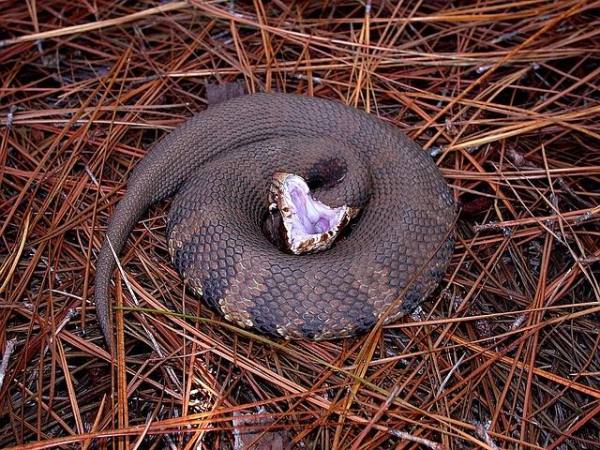