Most of the time in the arcade was standing around watching someone else play videogames.

Good lord, that hits close to home. Or I’d be hanging out with friends, waiting for my turn with the Nintendo controller. Or I’d be in my college apartment, watching my buddies play Street Fighter. Or when Duke Nuke 'em came out, taking turns on our one PC that could actually run it. That was fun!

And now I watch YT to see if any cool Fallout 4 mods have come out.

Oh great, now I have to stop complaining about this too.

There are many games that look completely different when a skilled player plays them. In the hands of a deft player, you see the flow and elegance that the developers dreamed up. And I suck at video games. I remember trying to play The Die Hard Trilogy on PlayStation and thinking it was clunky, hideous and boring. Then I watched a skilled friend play, and was transfixed. 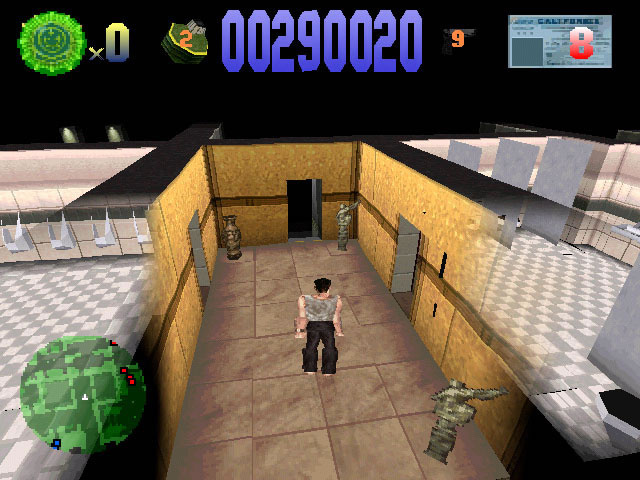 True. You didn’t say idiot, you said moron, which is what I was actually responding to.

Oh my god, I just realized that Twitch is helping to kill Arcades too. Now you can watch someone suck at video games from the comfort of your own home.

Seems I forgot the /s tag.

For the second comparison, have you allowed for the fact that the two clips are not synchronised?

You can clearly see the phones that the streamers are using to film themselves. The “unfliltered” clips were filmed by the reporter, so the camera angles and distances are bound to be different.

Resistance of the medium, innit?

Videogame streaming is no more dumb than broadcasting football or baseball.

Some streamers have amazing skill. Most streamers are much better at the games than me and it’s interesting to watch them.

I dogfight in a elite dangerous (spaceflight) and I’m passably good, but watching the game’s best fliers dogfight is a whole experience in itself.

There was bit when I was elite and dangerous, but spending so much time to maintain my skills seem to lose its luster. I just make a cup of tea now and watch the testosterone flow. Being in the eightieth percentile is good enough for me.

Thank you for pointing the mirroring. I see now that most probably is the same person (extremely similar hairline now). But still, even if it is the same person, these are two different takes, maybe they needed to accentuate the makeup for shock value and they asked the girl to reshoot. There is no doubt that these are two different takes, the timing and blinking are not perfect and the hand gesture is without a doubt different. See for yourself. Here’s a side by side comparison of the hand gesture (mirroring added by me). 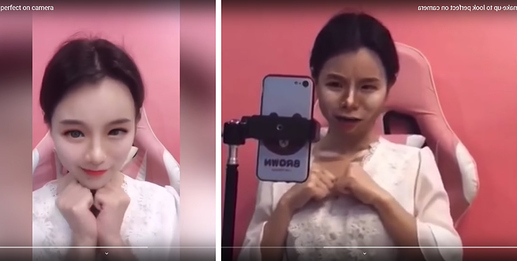 For the second comparison, have you allowed for the fact that the two clips are not synchronised?

Yes, for the second comparison, there is about 2 to 3 frames difference between left and right. But again, even taking that into consideration, we can see that these are also two different takes. At the beginning of the second comparison (Live-streamers use scary make-up to look perfect on camera - YouTube), the girl on the left fixes her hair for about 45 frames before starting her dance and clapping. The clapping is almost perfectly in sync (again, about 2-3 frames off). So, there is a clear discrepancy in those 45 frames. Plus, there are other differences, for instance, the glasses straps are behind the girl on the left and in front of the girl on the right and also again, the hand gesture is not perfectly the same (when she touches her chin).

You can clearly see the phones that the streamers are using to film themselves. The “unfliltered” clips were filmed by the reporter, so the camera angles and distances are bound to be different.

Yes, definitely. The camera angles actually help to show that in both comparisons, even if it is the same girl, those were two different takes (in both cases).

Now! 10 things streamers do that will leave you speechless!!!

I mean, it’s just painting mocap markers on your face for a mocap performance.

That link about Max Factor and the history of TV make-up is absolutely fascinating…thanks!