Take it one step further and create art in the process! 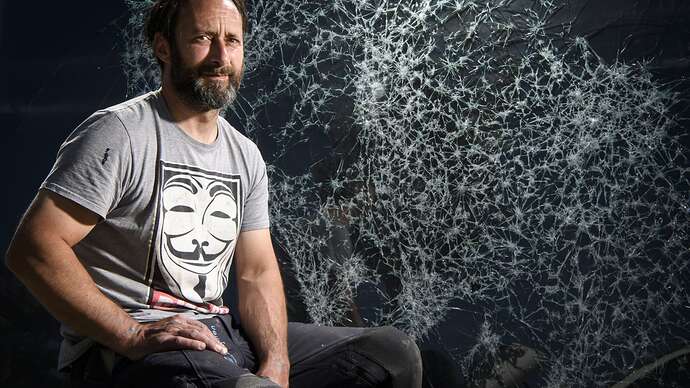 Simon Berger's glass-shattering works are sometimes mistaken for vandalism in Switzerland. But his most recent work has hit the big time.

I wish more protests involved making things better rather than breaking things. Imagine the positive response if this group decided to organize a rally to clean a public park to highlight how nice things would look if corporations like Barclays stopped ruining the earth.

Wow, you Brits even queue orderly for your arrests.

I think the Extinction Rebellion could raise a lot of money selling branded window-breaking tools.

Ah yes, more consumerism is the answer. Of course. 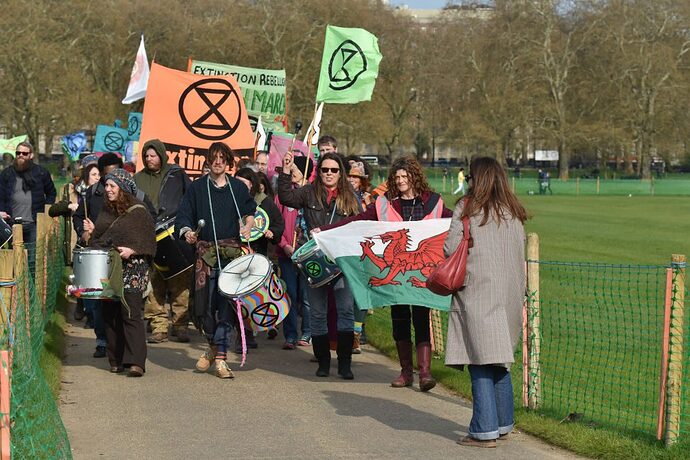 Were Piles of Rubbish Left in Hyde Park By Global-Warming Protesters? |...

By most accounts, the protests held by "Extinction Rebellion" have been rather tidy affairs.

The right wingers tried to claim that it was Extinction Rebellion that caused the mess, not the actual group who did.

IMPORTANT EDIT: a lot of people are misreading this post. This was the aftermath of Hyde Park 420 – and was cleaned up by Extinction Rebellion crew. THTC is nothing but supportive of XR. Please read all the post copy before flying off the handle, people…

EDIT: Posted this in the comments, but all this ended up being cleaned up by a crew from Extinction Rebellion, which included the absolute eco-warrior legend, Swampy!

That’s already a thing. There are a lot of groups who go clean stuff up and put in improvements. Probably multiple near you.

There are. I’ve been involved in such clean up projects. I just wish more rallies and protests were like that.

I don’t think the Barclays protesters are accomplishing anything constructive. Cute hammers though.

This sort of thing was tried during the '90s and early naughts. There was a lot of focus on “beneficial” activism.

Did it work? I dunno. It didn’t grab people’s attention, at best it wound up buried as a fluff piece on the back pages of the Sunday news. The public was happy to see people out doing something, but it didn’t seem to make them any more receptive to the message and willing to take action themselves.

That’s to say though, why not both? As @the_borderer points out above, Extinction Rebellion is into this type of thing as well as breaking windows. The problem is that too many of us are happy to shout encouragement from the sidelines and let others do the work, whatever that work looks like.

“Barclay’s are entitled to their view on capitalism and climate change, but we would ask that in expressing that view they stop short of behaviour which involves criminal damage to our planet and puts people’s safety at risk,”

I don’t think the Barclays protesters are accomplishing anything constructive.

The good news is that thanks to global warming the bank employees won’t get too cold while the windows are gone.

I wonder what the carbon footprint is of replacing a glass window this size?

not one pair of safety glasses in the bunch. ooof.

I don’t think the Barclays protesters are accomplishing anything constructive.

I disagree. They’ve raised some awareness and got free publicity, and didn’t do any great amount of damage. That’s really all they were trying to do because they knew their protest wouldn’t get Barclay to make any real changes. But maybe another handful of folks will join them now. That’s often how you build a movement.

As soon as enough windows are broken, and slogans painted, climate change will just go away, like a miracle.

I think you have that backwards. If we ignore it and don’t focus out attention to it, changing systems rather than expecting individuals consumption to make it magically disappear, it will not be solved.

It’s never just going away. We have to act. We will not act, like a miracle, to change unless we realise the flaws are systemic.

I am not ignoring it. I blow a kazoo all the time against climate change.

I guess they got press but they certainly didn’t annoy anyone at Barclays given they are almost certainly working from home and have been for about a year. At least, with respect to the bankers who they were probably trying to target. You might have annoyed some maintenance workers, security, and whoever has to pay for the windows - almost certainly not Barclays.