I have to appreciate the minimum amount of effort expended using hammers and centre punches(?) to shatter the toughened glass, instead of what you usually see is protesters whacking it with all their strength using blunt objects to break through the laminate layer. Someone get Popular Mechanics on this!

How to safely topple a statue using science | Boing Boing

During the anti-racist uprising, protestors in the US and England have been toppling statues of historical figures connected to slavery, colonialism, and oppression. (Above, Christopher Columbus ta…

I do wonder a bit what the overlap is between “people who break glass windows as a protest” and “people who have had to replace a picture window at a house they own”.

I have to appreciate the minimum amount of effort expended using hammers and centre punches(?) to shatter the toughened glass,

There is a story – probably apocryphal – about the investigation of a murder at the Hancock Center in Chicago in the early 70s. The suspect, heir to a large local publishing company, had allegedly pushed his girlfriend through a high window. The successful defense was that the window was reinforced glass, so this guy – who weighed much less than the projected strength of the glass – couldn’t have done it. (How that leads to the conclusion that his smaller-girlfriend must have fallen through on her own is a puzzle.) Later there was a demonstration showing that the strength of the glass was far less than estimated due to pressure from the architecturally-rusting steel frames around the windows. The demonstration apparently consisted of tapping pressurized glass with a small mallet and seeing it break.

And why aren’t the Metro following Covid protocol? Hardly room for two in the wagons.

The demonstration apparently consisted of tapping pressurized glass with a small mallet and seeing it break.

It doesn’t take much really, you can get those little hammers for breaking car windows if you need to get out in the event of an accident and the door is jammed shut. Probably worth getting one, with included seat belt cutter. 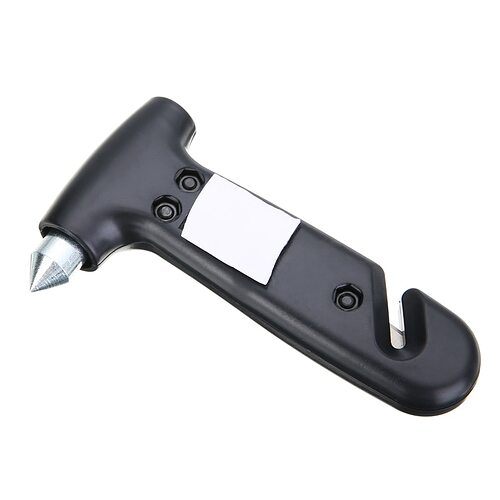 True enough, but something sharp like that wouldn’t have made the case that the glass would break under pressure from someone pushing or falling against it.

My recollection from the time was being a little horrified not that the glass under pressure would crack from a little tap of a mallet, but that the glass was only designed to withstand around 300 pounds even under ideal conditions. Even in the Twiggy era, when the Hancock Center was built, this wasn’t a completely unheard-of weight for a potential resident.

I clean the park on my street at least a couple times a month, and have done so for years, and the reality is no one really seems to care one way or the other. Most probably assume the city does it (and they do, albeit infrequently).

If I simply stood in the street blocking traffic for 5 minutes, I’d get much more attention. Gather a few friends to block a freeway and you’ll make the news. Even large rallies tend to get little attention until people start marching in the streets.

No one pays attention to what’s expected to happen; but start inconveniencing people or generally breaking the normal flow of things and you generate commotion very quickly.

“Extinction Rebellion are entitled to their view on capitalism and climate change, but we would ask that in expressing that view they stop short of behaviour which involves criminal damage to our facilities and puts people’s grifters’ safety at risk,” a spokesman for Barclays said.

Fixed That For Barclay’s.

The stylish protestors have nothing on that plainclothes security officer who looks like he gets his attire from Savile Row.

ftfy
In a large part the bill is aimed directly at Extinction Rebellion.

I was struck by that too.

It was polite and safe and performative.

At least one of the protesters was using a wood chisel. Which wouldn’t have been my first choice as a window breaker but clearly worked perfectly well.

I have two of those glass hammers in my van. One on the passenger side and one on the driver side, right beside the door releases.

It’s always at the back of my mind that I’ve never actually tested them on a car window. I hope to rectify this when lockdown ends,

I wonder what the carbon footprint is of replacing a glass window this size?

I’ll be blunt. Break the windows of a megacorp, nice chisels. Loot the local family-owned bodega, burn in hell.

The rich play by a different set of rules, and it’s the structures that reinforce those rules which create systemic injustice, not the glass repair contractors.

Someone should calculate the amount of fossil fuels needed to create the glass for the replacement windows, and how much CO2 it releases.

Why? You may not think they accomplished much; I don’t. But blaming the end consumers for anthropocentric climate change is a scam.

But blaming the end consumers for anthropocentric climate change is a scam.

Isn’t that technically what “anthropocentric” means? Pretty much the main thrust of Extinction Rebellion’s philosophy is that as energy consumers the common person in the street has ultimate responsibility for the problems facing the planet; that’s why Roger Hallam was willing to try to crash a passenger plane with drones, and Gail Bradbrook has bragged about inconveniencing plebs on their way to work.

(It is hard to disagree with their objectives, but in the UK anyway XR has been a target of criticism from the left as being steeped in privilege, indifferent to class and racial concerns.)

Apologies, that was a typo. Meant to write anthropogenic, not anthropocentric.

To your point, I’m not especially invested in Extinction Rebellion’s methods one way or the other, though I support their ultimate goal because I like humans not being an evolutionary dead-end.

What I mean regarding gotcha concerns over the carbon footprints of the broken windows is that the industries and their systems that externalize their environmental impacts have and continue to engage is a concerted sustained effort to con end consumers into thinking that the course of anthropogenic climate change turns on their personal actions with their disingenuous “think global, act local” campaigns.

Individual action absolutely matters, but you don’t win a world war by telling people to grab their rifle and book passage to the Axis powers. And recycling does jack all when it winds up in landfills anyway because there’s no policy to create a non-token recycling industry. See also: pandemics.

I think we’re on the same page. I’m frankly a little despairing over how we’re going to solve our ecological mess. In the 70s I had some hope – even worked in the environment industry for a short time – but the international Covid response has driven home how many people there are everywhere in the world who are too selfish to make even small sacrifices for the good of humanity.

It hasn’t been great. Without any glibness, I call this pandemic the pop quiz of the 21st century. That said, in some ways I think, not unlike a world war, it’s brought out both the best and the worst in humanity. My dearest hope is that we learn from it and do better on the mid-terms, so to speak. But for me at least, where there’s life, there’s hope.

I suppose if you’re close to a car junkyard you might be able to swing by and politely ask if you can test the hammer on a car where it wouldn’t matter if a window got shattered. Might be more effort than you’re willing to put into but just an option