No offerings of women’s outerwear?

Likewise, and i really do like that the batman logo is really really subtle. If it were more visible or obvious i wouldn’t be as enthused.

Unfortunately the Justice League Collection in question does not have anything in Women’s sizes. Color me unsurprised.
Coincidentally i tend very often see really cool t-shirts and other clothes that are super hero themed that i really like… but are women’s clothing and aren’t offered in men’s styles so it goes both ways. Not that it makes it ok, just saying it should be offered for both.

Does outerwear need to be gendered?

Me too. If it were a little more subtle (i.e. missing the Batman logo entirely), it’d be even nicer…I should just buy a peacoat.

I didn’t know Green Lanterns alter ego was a hero himself and had his own insignia.

Does it need to be?

In shape, the way they are tailored, the quality of material used, and finally, how each garment fastens. 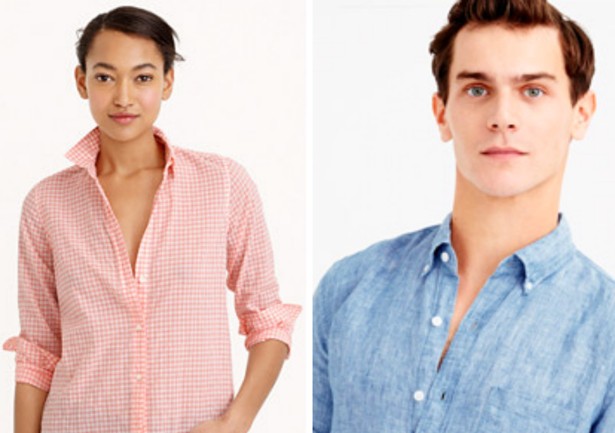 On shirts, they're on the left for the ladies and on the right for the gents. That's because of horses, babies, and Napoleon.

Yes this article is referencing shirt buttons, but most outwear has fasteners of some sort, and those closures are indeed often gendered, for the most impractical of archaic reasons.

The volante design link is broken.

There’s a reason? I always wondered.

I’d heard most of the reasons for the difference of the side of the buttons but the dominant hand/weapon thing is one i hadn’t heard of before but makes sense.

These days which side the buttons are on is definitely a trivial and dumb thing. If a given garment is something you like then wear it. It’s like a guy not using ladies deodorant, please it’s deodorant.

Please share links. As @Melizmatic notes, women get the short end of the geekdom stick on the wardrobial front.

I don’t have any current examples since it’s been a while i’ve been shopping for clothes but the ones i’ve seen over the years have been at Target, sometimes Walmart, and the cartoon/superhero designs that i tend to like best are almost always at Kohl’s in the Junior’s section (young girls).

Elhoffer Design and their Etsy Store.

And ThinkGeek is generally pretty good at having both men’s and women’s stuff.

Etsy does have some really great stuff

Since often our bodies are shaped slightly differently, yes. It’s nice to have stuff that fits properly instead of being slightly ill-fitting.

Geez, you people got a raincoat… What more do you need?