It’s still important to maintain the distinction between weather and climate. Tomorrow the temperature will only be 127 and the denialists will all say, “See! It’s getting cooler!”

For all the people under age 25 in 2020 and those not yet born who are reading this comment topic on a faded printout 40 years from now, we’re sorry. Most of us here wanted change, but the arseholes and greedpigs drowned us out.

I’d guess that just being acclimated to the heat is a big part of surviving.

That’s true regardless of the local weather conditions. I grew up in North Carolina, but have lived in the Midwest (Chicago and SE Wisconsin) for about 30 years now. I’ve visited my mom in NC in February, where at 18°C she’s wearing her heavy coat and I’m in a t-shirt. Back when we would still actually invite her to visit, she wouldn’t visit us in Winter for some odd reason.

How is this a controversial measurement in need of verification?

Appreciate a person who picks up a reference when they see one. Especially tea-related ones with a strong connection to a certain cooling device.

I advise against opening Pandora’s box, and better not move it, either. And all that unilateral stuff, pulling out of that Paris agreement? That ain’t workin’. 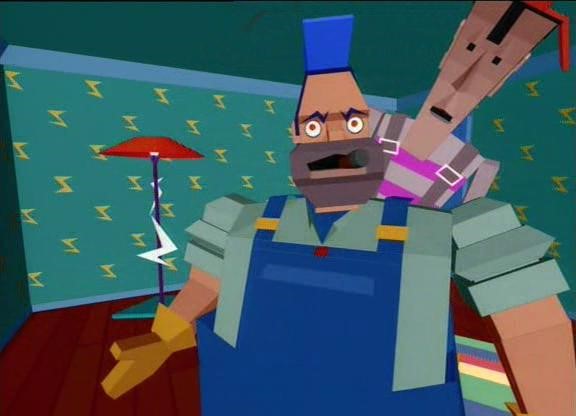 I hit 119 when I went through Death Valley some years ago. I recall being in Riverside CA in 1988 with some bad air quality at about 114 one day. I remember jumping straight into my car after opening the door on that day – and I nearly passed out – it was probably 150 inside the car. Managed to get back out, but geeze. 130 is mighty hot.

The gap between 105 and 120 is immense. 120 will kill you of a heat stroke without even giving you time to realize it is happening.

I don’t live in the desert but it still gets a bit warm at my place now and then. Last summer when we hit 118 I was hoping that I could finally convince my wife that it was time to install A/C in our house, but she’s remained stubborn about that and doesn’t think the environmental cost from the extra energy usage is justified. So we continue to sweat it out. 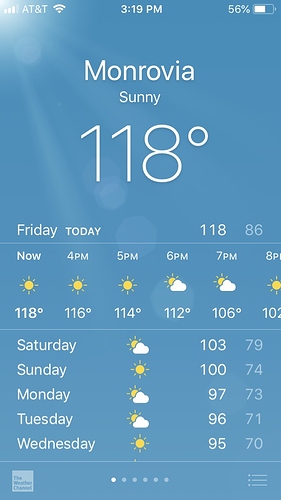 If anything that is worse when you aren’t in the desert. Like everyone says when I tell them how hot it is here, “At least it’s a dry heat.”

I take it Palin and others like her were nowhere near the area. 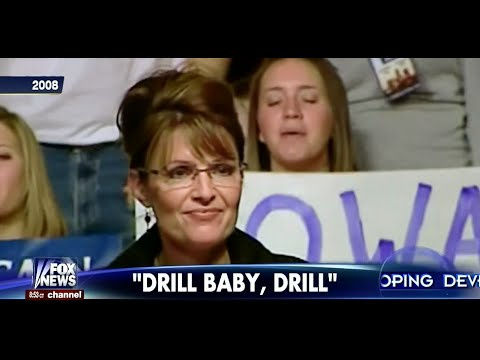 I’m pretty heat-tolerant myself, and have worked in the Atacama desert. My grandfather was no stranger to working outdoors in the summer. But my grandparents and my middle-school self were only in Death Valley that day because it was a notable location in the American West, and Grandpa had made a list starting with Devil’s Tower and ending with the sequoias with a meticulously orchestrated itinerary to get us to all of them. If the itinerary had us in Death Valley on a June afternoon, well, we had to stick to the plan!

We didn’t end up finishing the list, though, because he had a heart attack that afternoon after working over the RV’s overheated engine in 128-degree heat, and I spent the rest of the trip watching OJ Simpson coverage in the hospital waiting room in Bakersfield in arctic air conditioning. (Grandpa recovered just fine, and recently survived covid at 94.) So I would never recommend Death Valley as a vacation spot for regular tourists, and I would strongly discourage most people I know from going. People like my family just stopping by because it’s on the way to California have no business being there.

If the itinerary had us in Death Valley on a June afternoon, well, we had to stick to the plan! … he had a heart attack that afternoon… recovered just fine

Don’t travel during the day if you can help it. Low humidity means the temperature can drop 30 degrees or more when night comes. Source: Grew up in Phoenix.

Also, I never had a car with A/C until right before I left at 30 yrs old.

I was with my grandparents visiting Death Valley when it was 128 degrees years ago. Their RV was over 20 years old, the air conditioner was in no way up to the task, the water in the potable tanks came out the taps boiling, the engine oil got too thin and the whole thing overheated as we tried to climb the pass out of the valley.

The experienced Desert Rats never, ever, run the A/C when climbing up to a pass in the desert in that kind of weather. That’s practically a guaranteed engine seizure. Just carry and drink a lot of water, and leave the windows open.

Temps in the 120s F are brutal, but you’ll live through it if you have shade (such as the roof of a car with the windows open) and stay hydrated. When I lived in Arizona I always had four litres of water in canteens under the seats of my car, and added a 20-litre container in the trunk for long trips. It was automatic that any time I stepped out of my car and wasn’t heading indoors, I’d grab a couple of litres and sling them over a shoulder.

Hiking even in a hot summer in the East is “ten (miles) before ten (a.m.), five (miles) after five (p.m.)”. Rest in shade, swim, read, whatever in the heat of the day, and then move on once it breaks some.

I hit 119 when I went through Death Valley some years ago. I recall being in Riverside CA in 1988 with some bad air quality at about 114 one day.

Me, too! The crows were panting. It was odd to watch them with their beaks open.

Also, I grew up in the Central Valley and I remember one 4th of July playing softball midday in 114°. (We attracted a news crew.)

I’m so glad I live closer to the Pacific Ocean these days.

We didn’t end up finishing the list, though, because he had a heart attack that afternoon after working over the RV’s overheated engine in 128-degree heat, and I spent the rest of the trip watching OJ Simpson coverage in the hospital waiting room in Bakersfield

I could see why the DV trip may have scarred you. Your grandfather’s heart attack was probably very scary and then watching the OJ trial in Bakersfield. It just kept getting worse.

I’m very happy to hear this!

I recall being in Riverside CA in 1988 with some bad air quality at about 114 one day.

I used to do endurance auto racing in that area and we often raced with ambient temps above 110 in summer. That makes it easily 130 or 140 on the tarmac, inside the car, inside your fire suit, in which you are physically exerting for hours at a time. How did we survive? Ice water pumped from a tank in the back, through special tube-woven shirts we wear against our skin. It can lower your core temperature 30 degrees. We used to “joke” that a $10 aquarium pump is literally keeping us alive.

Bakersfield is also on the list of destinations I would never recommend to tourists! As for OJ, I think cable news was kind of new, but it was just so mindnumbing to see them trying to spin out 24-hour coverage of this guy I had never heard of driving down the road. Like a really poorly done scene in an action movie with voiceover extemporized commentary by a kid doing a class report on a book they didn’t read.