Why do that when you can post about it and derail the conversation? /s

just stop covering everything he does, and maybe he’ll finally just go away.

From Cory’s newsletter today re: the latest Swiss banking leak.

The friend who emailed me about this wrote, “After so many of these, I am accepting that these leaks don’t matter, and that those in power don’t actually want to fix the system. Sunlight isn’t doing any disinfecting at all.”

He’s not wrong, but that’s not the whole story.

The problem isn’t the transparency , it’s the inaction .

So perhaps we should be emphasising (as many here already do) that sunlight is only the first step in the disinfecting process.

Removal from interaction- a time out - works for children as you can control their environment. That doesn’t apply to adults or to open online settings.

Also - the kids can’t harm people as a response to being sent to their rooms.

Argh, I wish (actual) news organizations would simply stop publishing whatever insanity he’s spouted recently. He’s no longer president. The only way he has of getting to a larger audience than Fox watchers is when he says something insanely stupid and news orgs feel it is newsworthy due to its bonkersness. Stop. Just stop.

Putin is a killer and that's okay with Trump, as seen in this roundup video

The problem is, they respected his opinion looong before he was president.

@RonFilipkowski
20 years ago, Donald Trump’s first comment to the media was to mention, after the towers came down, that a building he owned was now the tallest in lower Manhattan. https://t.co/gpn1gYCJNa

ETA: Not sure why my post keeps “replying” to @gracchus, and not @zoidberg .

Yeah but he’s gearing up to run.

And he has a rather heavily armed fan base who actually stormed the capital.

Coverage could be much better. But ignoring it won’t make it go away.

As goes this. This pro-Russia line is remarkably unpopular with the general population, and even the GOP base.

I’ve seen polls where the “Russia good” option is like 4%.

There’s a midterm coming up and most of the right is on running a “weak on Russia” tack. While Trump and his preferred candidates are stanning for Putin hard.

ETA: Not sure why my post keeps “replying” to @gracchus, and not @zoidberg .

Quick note to both you and @Ryuthrowsstuff that I have alerted the Discourse team to this potential bug.

Who cares what this dingus malingus thinks or says. Ignore. Toss to trash.

Why is it that every time her face falls open and noise comes out somebody feels like it should be shared? Around any herd of elephants tremendous, disgusting farts may be heard but they aren’t at all worth comment.

Everyone is entertained by a village idiot I guess?

McCarthy won’t stop her so she continues to do cartwheels on top of the market fence for tips.

Isn’t this more about who asked Trump for his take on the war in Ukraine? We know Trump is an ignoramus who spews nonsense, so why would you ask him about this? I mean, you wouldn’t expect a cogent and informed analysis to come tumbling out of this individual, so why ask?

I am sick and tired of the media constantly giving this windbag airtime. Cut him off. Stop feeding the monster.

Once upon a time, people believed that sunlight was literally the best disinfectant for tuberculosis. Now we know better. 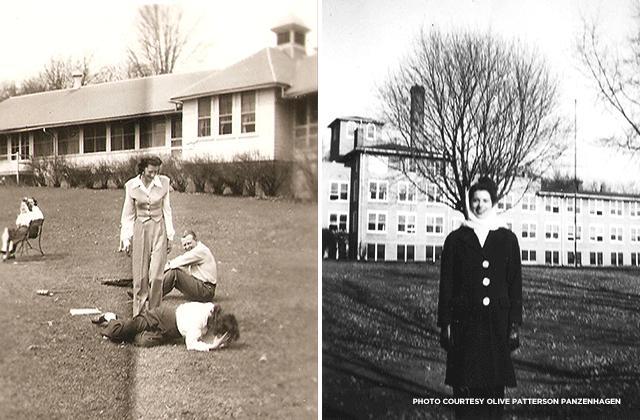 Tuberculosis Sanitariums: Reminders of the White Plague | National Trust for...

See the unique ways in which the few tuberculosis sanitariums that remain today are being preserved.

Yes, yes, we understand by now that Lindsey has issues. Less Press might help.

Why is this fool still news?
Why do we continue to enable him by giving him the platform he wants?

I might not be old enough to remember the last 10 presidents, but this is by far the former president that I’ve seen get this much press. Jeez!

Why is this fool still news?

Because he tried to over throw the government, is STILL trying to do so, and as such represents an actual threat to democracy.

Ignore existential threats at your own peril.

I truly believe we give too much attention to the fringe elements. They’re watching their Libs of TikTok and we’re watching this clown. Both sides think the fringes are the rule instead of the exception and it’s only creating a larger divide.

Those “fringes” tried to violently overthrow the government.