That’s why you buy a fire extinguisher or have a hose handy.

Ignoring the shitty people only works if you can get everyone to ignore then.

This might work with your racist uncle at the family dinner, but it’s not going to happen in the whole society.

Thanks, but you are too late for that, the nazi tRump ship sailed.

People also don’t have to create brand new phony accounts to make comments that got them previously banned.

Not you, of course.

Not you, of course.

Ah! The magic of Sunlight!

This is so easy. Don’t buy his cars. Don’t use his Twitter. Don’t report every awful thing he does because it just gives him more of what he wants and that is attention. Our collective reaction should match what he received growing up and we should ignore him. That’s why he does this.

It is indeed easy to ignore one of the most powerful men in the world who also owns one of the largest media platforms.

If only the Ukrainians ignored Putin.

The analogy of Trump and the Republican party as disruptive toddler and a kindergarten class is pretty spot on. Apart from the bit about their real-world effects and intents.
But the behaviour…

a kindergarten class is pretty spot on

Kindergartners, though, generally learn over time how to be better human beings. Take “snack time” (or, we might call it, “ways and means.”) At the beginning of the year it’s chaos. Everybody grabbing for the pretzels that have been put in front of them, not waiting for everyone to be served, side-eying the person next to them and checking to see who got more than they did, and sometimes crying, and grabbing at their neighbors’ pretzels. They’ll knock over the juice, and then cry that the kid next to them got more juice, or knocked their juice over.

Within a week or so, though, kindergartners will figure out that if they’re patient and quiet, the process is a lot smoother. And they also realize that on the off chance that someone at the table gets more than they do, it’s OK because they still have their own pretzels. If their juice gets knocked over, it’s OK because it can be cleaned up, and there’s enough juice for everyone. And, they’ll start to help the teacher. “Mr. Smith, Betty doesn’t have enough pretzels!” and “Mr. Jones, Rafael’s juice got spilled, can I have a paper towel?” By week three or four, it’s generally harmonious, with everyone getting along.

Republicans, on the other hand, continue to work to make people into worse human beings. They encourage juice-spilling, and then claim that the teacher isn’t competent enough to clean it up, and then that spilling juice by one of the kids is the fault of the teacher’s incompetence. They tell Betty that the reason she didn’t get enough pretzels is because Rafael got pretzels and it’s Rafael’s fault. They tell Rafael he doesn’t deserve pretzels because he came in the wrong door of the classroom. They argue that nobody should get pretzels from the teacher anyway, even if they’re hungry, and that they should be afraid that the teacher is giving them pretzels because that shows a weakness on the part of the kindergarten class as a whole. Then they’ll gather a few of their fellow kindergartners and try to convince them that they’re better than the other kindergartners because they brought their own pretzels. And it’ll work. And the chaos that existed on Day 1 will be replaced by a different kind of chaos by week 3.

Anyway, that’s my pretzel logic about that analogy.

[Source; I taught kindergarten, and also have hard-right relatives.]

It is easy to ignore musk. Boycott his new loss leader and he will be the owner of the largest media platform to collapse. No invasion needed. But we can’t. People use twitter to complain about it.

It is easy to ignore musk.

I’m not and have never been on twitter, and I still can’t avoid hearing about that muthafucka nearly every damn day now…

I’m not on Twitter. Yet here he is; effecting my life anyway. By empowering Nazis who want to kill me; and have killed people like me. Buying politicians to change the laws I live under. Targeting my people- even though his own daughter is one of us.

You must be very isolated from any dangers to feel you can just ignore them. It must be nice.

You must be very isolated from any dangers to feel you can just ignore them. It must be nice.

Betcha lots of folks in the Weimar Republic felt very similarly “safe” and ‘unaffected’, right before Hitler was elected to power…

It is easy to ignore musk.

Even of we could that would be a profound mistake.

When the richest asshole on the planet goes full fascist it effects everyone and we ignore his actions at our own peril.

Several children’s hospitals, most notably Boston Children’s, were targeted by of a far-right harassment campaign, led by led by anti-trans influencers with millions of collective followers.

The FBI in court documents called it a sustained campaign that falsely alleged pedophilia or “grooming” against Boston Children’s Hospital, and there have been death threats and threats of mass casualty attacks. 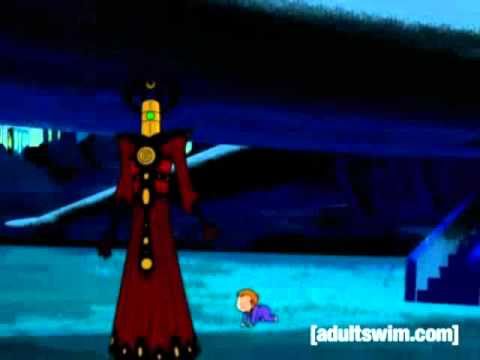 Lots of folks in the Weimar Republic felt safe and unaffected right after Hitler was elected to power. Many people saw him as a clown, a useful idiot engaged and controlled by the conservatives around Franz von Papen.

“Nah, he’s never going to actually do all this weird shit he is talking about. Not in this day and age. Not here. We’re a cultural nation. And von Hindenburg would not allow it, anyway.”
– My grandparents, January 1933 (paraphrased)