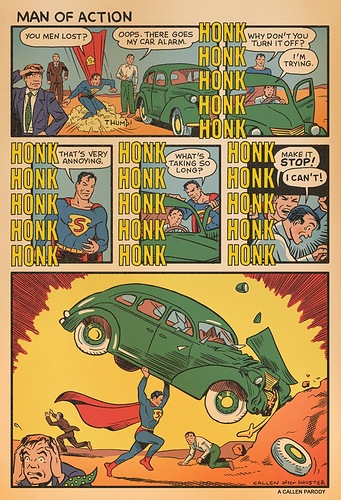 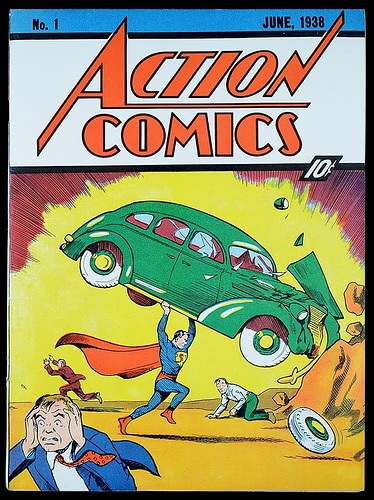 If you can, find a copy of Action Comics #1

If you can find a copy of Action Comics #1, bag it, and put it in the securest place you can. You can read reprints or online scans.

I should have clarified that I meant online or in reprints. I was going to link to a site that has it, but I didn’t want any potential blowback for Boingboing.

That would pretty much solve my money problems- though I can’t promise it wouldn’t fund my Super Villain phase.

If you can find a copy of Action Comics #1, bag it, and put it in the securest place you can.

And for gosh sakes, shut your mouth!

Prior to Action Comics #1, comic books didn’t publish new material. The books served as collections of old strips from the newspaper.

Possibly on Htrae, but closer to home and according to the history with which I’m familiar: 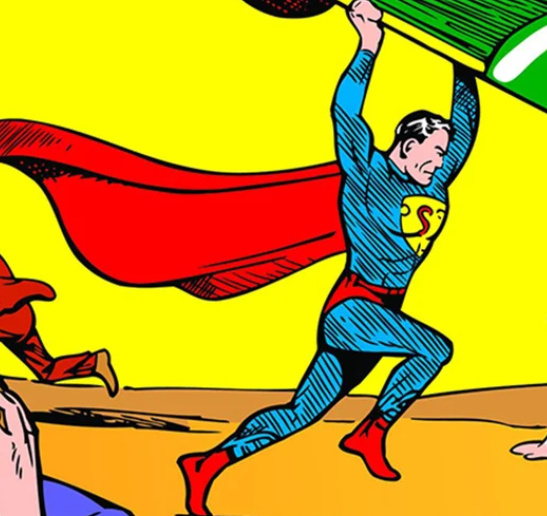 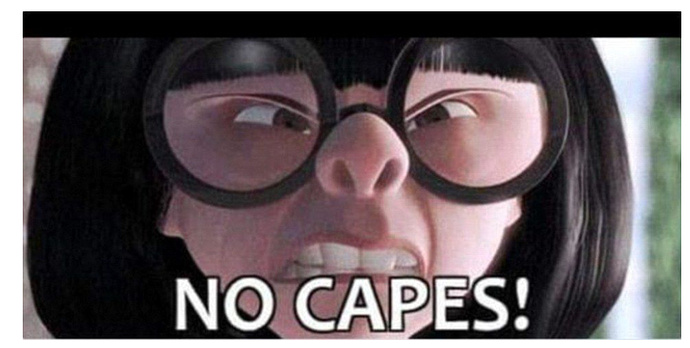 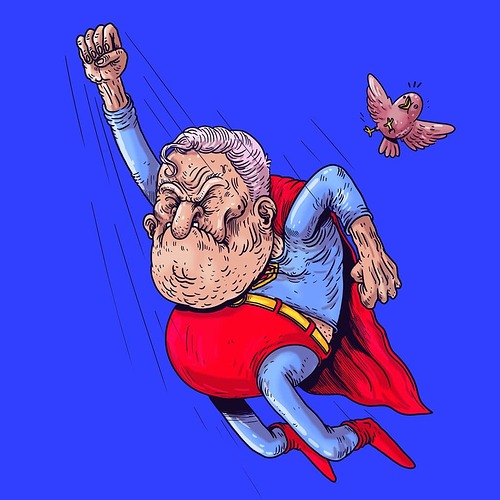 The problem with modern Superman is that executives haven’t figured out how to make him interesting.

Here’s the last time that he was interesting, whilst fighting a foe so powerful he’s arguably a god:

If you don’t want to watch the video, here’s the important speech. Context - the foe has just failed to take out Batman. As the enemy admires the Bat, Superman takes the advantage:

"That man won’t quit as long as he can still draw breath. None of my team-mates will.
Me, I’ve got a different problem.
I feel like I live in a world made of cardboard. Always taking constant care not to break something. Not to break someone. Never allowing myself to lose control, even for a moment, as someone could die.
But you can take it, can’t you big man?
What we have here is a rare opportunity for me to cut loose, and show you just how powerful I really am.

If you want to make Superman interesting, you have to address the fact that his advantages - super strength, super speed, effective invulnerability - are also weaknesses.

You can’t just keep dragging out kryptonite, or make him an emo kid. You have address the huge responsibilities that his powers confer on him.

Imagine a Superman who hasn’t used his superpowers enough over the last few decades, and finds himself slower and less powerful because of that. Still far beyond human, but also not what he needs to be to defend humanity. And also worried that where he needs to be may be harmful to those around him.

That’s what makes for an interesting Superman.