Swerving a lawnmower around the streets with a beer at his side, South Carolina mayor let off by cops

If anybody is wondering just what white privilege is, this is a textbook case.

File photo of Mr. Gardner with one of the local officers:

I am not sure they could charge him with anything. its not a vehicle type that requires a registration or license and such; not sure any codes exist.

If you are on a public road operating a “motor vehicle” - a riding lawnmower certainly qualifies as a vehicle with a motor - then yes, you can indeed be charged with a DUI.

Can I Get a DUI On A Lawn Mower?

The short answer is, yes you can. The Tahlequah Daily Press is reporting that police arrested a man on Monday for driving a lawn mower down the road while intoxicated.  According to reports, Herbert King was riding the mower up and down the street at... 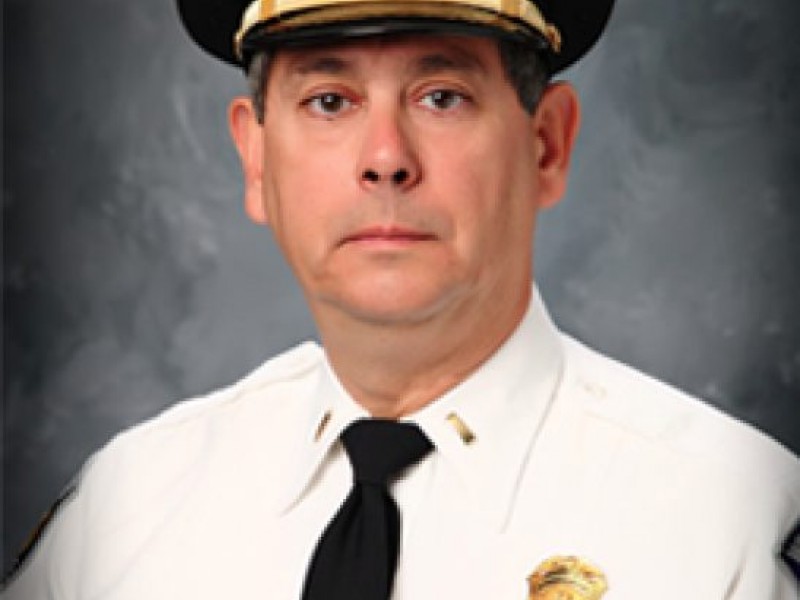 If you drink a beer while mowing your lawn, can you get a DUI? See what White Lake Police Chief Edward Harris has to say.

I got a ticket for an illegal u-turn on a bicycle when I was 12.

You can be busted for riding a bicycle with an open beer in most American states.

However, in South Carolina, you can usually talk the officer out of a DUI and into letting you just pour the beer out - as long as you haven’t hurt anyone, you have (or can fake) a local accent, and you don’t get “uppity”. Standards of what constitutes “uppity” depend on the officer more than on the skin color or gender of the perp, but as Scalzi says, straight white male is by far the lowest difficulty level to play on.

If you are the Mayor it might be OK to get uppity… depends on what the relationship’s like between the local police chief and City Hall.

Enforcement is uneven, especially for white men for whom a cop’s boss works, but…

Public intoxication, also known as "drunk and disorderly" and drunk in public, is a summary offense in some countries rated to public cases or displays of drunkenness. Public intoxication laws vary widely from jurisdiction, but usually require some obvious display of intoxicated incompetence or behavior disruptive/obnoxious to public order before the charge is levied. While it is technically illegal in most states and territories of Australia to be drunk and disorderly, most Australian police a...

Lucky he was the mayor.


Lord, it’s a whole YouTube genre. This one is priceless just for the first 12 seconds:

Isn’t that Louisiana, and hasn’t that guy been busted multiple times for driving his lawnmower drunk? He’s legendary. A professional comic who sets this stuff up.

His most famous line, I believe, is "My wife said she would stab me in the face if I didn’t get her beer!”

At least where I am, DUI is specific to motorized vehicle operation - if you’re on a bicycle or a horse or whatnot, your ABV doesn’t matter, as long as your drunkenness doesn’t interfere with safely using the roads.

1."You’ve put me in a spot."
The first indication that this officer “plays ball”.

That’s the opening line of my anti-tRump song.

If they do this with everyone, I applaud their tolerance and good sense. I can see myself in his position (minus the whole mayor thing) once I am well into my ‘give no fucks’ years.

My buddy got a speeding ticket while on his bike. He was a ranked BMX racer, so he was pretty happy about it.

And politicians and the police have a hard time understanding why we mistrust them.

Being a white male certainly helped his case, but I think this is more indicative of power privilege.

I doubt that a poor white person, on his way home to the trailer park, would have gotten the same treatment.

in South Carolina, you can usually talk the officer out of a DUI and into letting you just pour the beer out - as long as you haven’t hurt anyone, you have (or can fake) a local accent, and you don’t get “uppity”.

Also be sure to tell the officer how much you love cocks. Seriously.