It gives me flashbacks of Navy bootcamp. 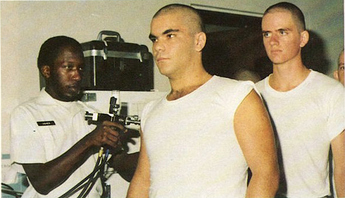 There’s a ton of these devices all being knocked off- I saw it called a “Jigsaw Massager” because it seems to be a literal knockoff of a cordless jigsaw, with a threaded shaft instead of a shank to accept a blade. It even comes with what looks identical to a cheap power-tool’s rechargeable battery and battery charger set.

This thing means bidness. Using it in a non-theraputic manner would indicate a serious dedication to one’s craft. (And I was a teenage boy, once.) It’s got a 1-10 speed setting, and even at 1 it produces a sense of discomfort that makes you wonder if it feels better when you’re done just because you’re no longer using it.

The included pointy cone is intended to get deep into big muscles- none of us were brave enough to last more than a few seconds with it. It got into your calf or thigh with considerable force.
The two included balls are varying densities- we almost all opted for the softer foam.
Once you got over the initial shock to the system, I really could feel it working into my hip and thigh.

The differences between the cheap knock-offs and more expensive versions seems to be volume- the cheap ones are LOUD, quite literally like you’re running a power tool in your den.

So I’d consider it worth an investment, if you’re the foam-rolling, deep-tissue massage type.
If you’re looking for a sensual relaxation technique, I’d advise against it (Unless severe pain and discomfort as part of your kink, no judgement.)

Yeah, my GF told me about a device like this her physical therapist used for her shoulder. She described it as a massage gun, said it worked wonders, and I was excited by the headline that touted how cheap it was, hoping to get one. Sigh.

@atarifan2600 Wait, can I just put a squash ball on a jigsaw? You’re right, that’s what this thing looks like. To the store!

Get some diffraction glasses!

The article predated this by a few decades, I think it was before G5’s and similar machines were available. 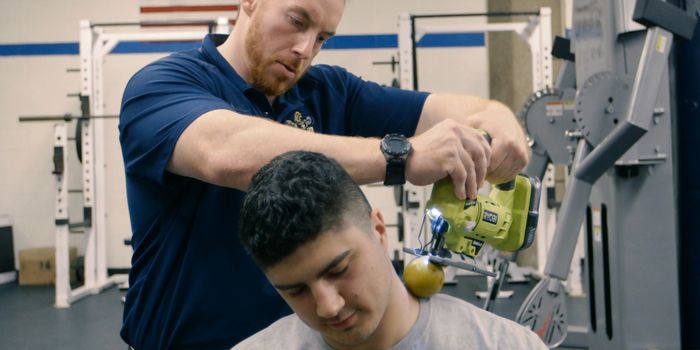 You Seem Tense! Hang On, I’ll Go Get My Pneumatic Sander

Turned off by high-priced massage devices, some professionals are turning to basic power tools. ‘Nice sort of vibration.’

For those really hard to reach places. 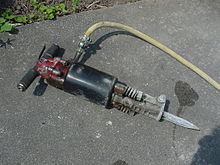 Either way you get nailed

(Unless severe pain and discomfort as part of your kink, no judgement.)

One of these may be more your speed 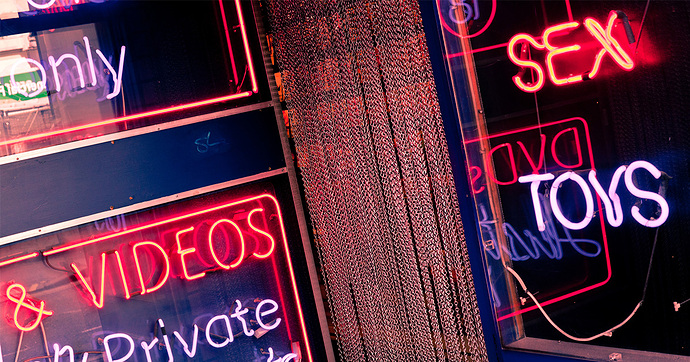 The 25 Most Disturbing Sex Toys

18 More of the World's Most Disturbing Sex Toys

We previously chronicled how in the Internet age, the whole sex toy thing has gotten completely, terrifyingly out of hand. Well, there's a whole new generation of devices that will get your blood pumping for all the wrong reasons. So have your...

Is there a left-handed version?