Tasting and rating some of the hottest peppers in the world

Originally published at: Tasting and rating some of the hottest peppers in the world | Boing Boing

awesome vid. i personally disagree with some of his flavor descriptions; for instance fresnos do not taste bitter to me habaneros are hot, sweet, floral and then a little bitter. i like hot, hot peppers and grow around seven different varietals each year, some grow year-round.
i guess what is my point is that tastes in peppers and heat tolerance is just sooo subjective and individual that no one - not even super genius pepper breeders can say what is the best all around pepper. describing flavor and heat profiles is one thing, making a judgment based on individual tolerance and likes is a fool’s errand.
i love my peppers. you may not!

My video of choice for such occasions:

‘No gloves for me. Those are for you guys.’, says the man with tanlines on his arms so vivid, he clearly wears gloves regularly when handling peppers.

I love spicy peppers and foods but could do without the dollop of toxic masculinity that often goes with foods like this.

right?!
no need for that crap.
so your tongue and GI tract are made of cast iron. big deal! (just take care how you clean and season that cast iron gut!

). just taste, describe heat level, give us scoville units and then overall flavor profile. no need to go all macho tough guy. do it like any other tasting - chocolate, cheese, wine… and skip the bravado.

which for a while, held the record as the hottest pepper in the world (at over 1.6 million Scoville Heat Units)

It is still the hottest pepper on earth. It beat its own record in a subsequent measurement. When a grower in Wales claimed that their tiny pepper Dragon’s Breath had scored 2.48M Scoville @ 2017, a very experienced hot pepper community called BS. They said they submitted to Guiness a few years ago and we can see where that landed.

I have grown nearly all the peppers shown in the video, including the Carolina, Peach & Chocolate and specifically Jay’s Peach Scorpion which, if I recall, was considered a contender against the reaper, and I myself am very skeptical.

The Dragons Breath proponents are now claiming a 2022 test put it at 1.6M Scoville which is just coincidentally the number now surpassed by the Carolina Reaper. This is a significant backslide meant to maintain the dignity of the original claim. They never should have announced 2.48M until they could prove it. This pissed off the community who are extraordinarily careful. The people who do this are seen as scammers. It creates a mad rush for the product even as they “heh heh well this is technically unofficial but…”

You can see these people coming out of the woodwork in the comments section of the Guinness page that still indicates the Carolina Reaper. [edit] “Magic Plant Farms” market the Dragon’s Breath and are now saying, well, of the dealers selling Carolina Reapers, our Carolina Reapers are the hottest. Hmm.

There was another scam called Pepper X and still some seller pages you can find saying “it will be tested by Guinness in summer of 2019.” Come on. Next up, this other person in the Guinness page comments swearing that it’s a bunch of other peppers like C3PO and Zing coming in much hotter. Let’s see consistent proof. Until then, these growers and sellers should stick to propagating to present a reliable product. 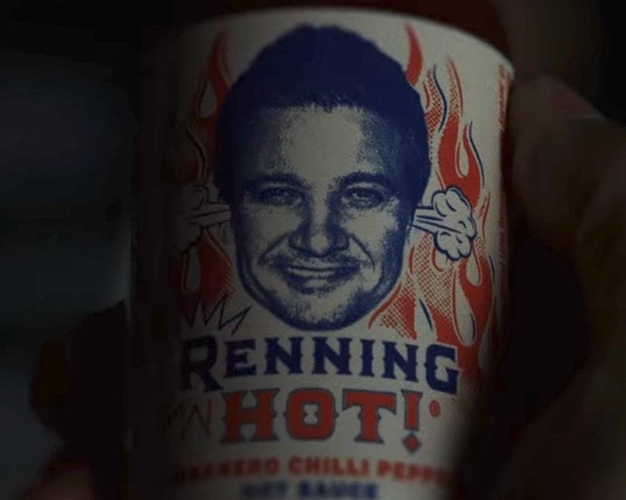 No actual Hot Ones references?

I am slightly disappoint…

Kudos on the Glass Onion reference, though.

I really like to eat hot stuff but I hate the back-end damage. If someone out there invents a tablet that could bind capsaicin in your stomach and stop the so-nice-it-burns-ya-twice problem I’d chow peppers much more often.

Edit: I don’t mean the mouth burn and all the up-front pain, that’s part of the fun!